With our humble vision firmly rooted, the TEDx Kandy organizing team brings together the next edition of TEDx Kandy under the theme “Ideate. Revolutionize”. Ideation, the driving force of positive change. Trail blazers with new ideas, from the inventors of wheel to the personal computer, have revolutionized the waypeople live. Ideas have been the root of rapid human evolution.

In the true spirit of TED, TEDxKandy 2018 under the theme, “Ideate.Revolutionize” will provide a platform for speakers from a diverse range of backgrounds to voice their ideas and share their experiences of making a transformative change in their community on a public forum. Thus, we believe that this event will help create space for, and shape, the public discourse on timely issues and ground-breaking ideas; both for Sri Lanka and the globe.

Arjuna Parakrama has had over the last thirty years a distinguished academic career, including senior visiting fellowships at the University of Pittsburgh and the National University of Malaysia. He has received research grants from the Guggenheim Foundation and the US Institute of Peace for studying subaltern resistance to conflict, and has worked with the UN, international foundations and INGOs. He is currently Senior Professor of English and Cadre Chair, as well as Director, Centre for the Study of Human Rights, at the University of Peradeniya, Sri Lanka. He was Dean, Faculty of Arts, University of Colombo. He is author of De-Hegemonizing Language Standards: Learning from (Post) Colonial Englishes about “English”. He has been a member of the Keywords Project since its inception. His other scholarly work include, Discursive Unities and the Possibility of Protest. He is also a community activist trainer who is still learning to learn from subaltern groups about identity and plurality.

Chaminda Rajapakse worked as a senior advisor with the United Nations, World Bank Group, governments and corporates on climate and water issues in over 15 countries in four continents. Now he is back home helping young people build viable private enterprises to solve some of the biggest problems we face with climate change and sustainability He grew up in Kandy, went to Dharmaraja College and went to university in the US at Brandeis and Harvard.

Nayana Mawilmada is a key advocate and spokesperson for sound urban development policy and planning in Sri Lanka. He was the head of the Urban Development Authority in Sri Lanka (the country’s apex urban sector institution) and a thought leader behind some of the country’s most ambitious public initiatives: laying out a roadmap for the sustainable urban transformation of Sri Lanka’s capital, Colombo, as well as its second largest city, Kandy. He currently heads the Property Group of John Keells Holdings, where he is driving the company’s transformational strategy on large scale urban development. Nayana’s unique perspective has been shaped by over 20 years of experience in urban development, real estate and design, spanning 15 countries and both the public and private sector domains. He has an MBA from Harvard Business School, a Master of City Planning from Massachusetts Institute of Technology, and a Bachelor of Architecture from Hampton University, in the USA.

Founder and CEO of eMarketingEye

Founder and CEO of eMarketingEye, Rajitha Dahanayake is an experienced digital marketing professional with over 18 years’ experience. Rajitha founded eMarketingEye in February 2007. eMarketingEye has managed over 4,500 client projects, with a workforce of over 120 professionals and a total of over 1000 client engagements. eMarketingEye works with leading international brand across Asia Pacific becoming thought leader in digital marketing in the Asia region. Before becoming an Entrepreneur, Rajitha had worked at three different companies as an E-Commerce Marketing Executive, Senior e-Marketing Analyst and Online Marketing Manager. Rajitha was the recipient of the coveted ‘National Young Entrepreneur Award in the Extra Large Category’ at the Sri Lanka Entrepreneur of the Year awards in 2013. He was named ICT Entrepreneur of the Year at the National Best Quality ICT Awards Ceremony in 2011.

Yasas Gunaratne is the Managing Director and the Chief Executive Officer of HasH 3 3 (Pvt) Ltd, an innovative and dynamic Digital Marketing company in Sri Lanka with over 14 years of working experience in various fields. He is is a Chartered Marketer and Member of the Chartered Institute of Marketing- UK. He is the Territorial Vice President of the International Brotherhood of Magicians and a Life Member of Sri Lanka Magic Circle since 1998. He has been learning Magic since the age of 9 and his first public performance was in 1996. He is the founder of Knight of Illusions a premium entertainment brand and has multiple records for being the first for many magic records in Sri Lanka. Yasas has been featured in multiple TV programs and has been performing for exclusive audiences. He is one of the few Magicians in Sri Lanka who has traveled the world as a Magician and has met most of the top Magicians in the World. 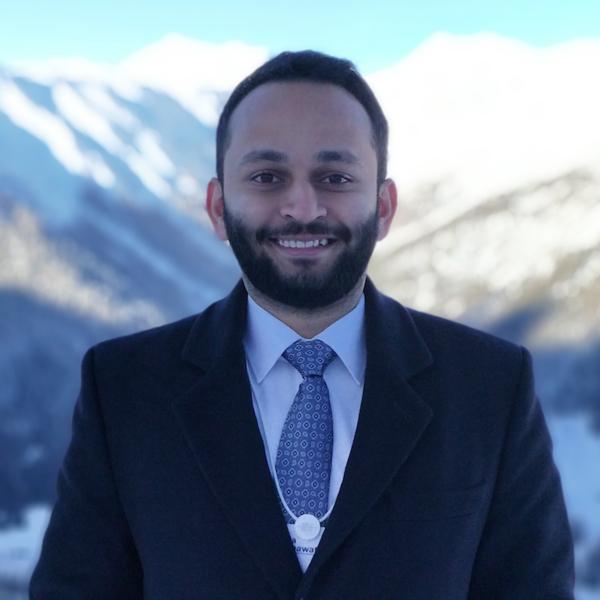