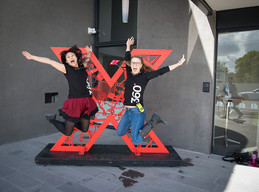 TEDxChristchurch 2016: 360° was a stunning, one‑day event like no other in Christchurch! At TEDxChristchurch, curious, open, passionate people come together to be intrigued, inspired, provoked and uplifted. With main-stage content at the stunning Isaac Theatre Royal, world-class food, free on-tap barista coffee all day long, and a host of local, national and international presenters and performers, TEDxChristchurch is a feast for the mind, body and heart.

Christchurch bassoonist, saxophonist and conductor, Helen Renaud is currently the HOD of Music at Burnside High School. She studied bassoon at the Wellington Conservatorium of Music, and Music History at the University of Victoria, before receiving her teaching qualification. In 2009 she graduated with a Masters in Music from the University of Melbourne, where she focused on conducting. It was here that she was taught by the late Professor John Hopkins OBE, and Richard Gill OAM. Since then she has been working to develop her conducting skills as the Conductor of the Burnside High School Orchestra, Symphonic Band and Junior Concert Band. She is currently studying part time for her Doctorate in Musical Arts, looking at rehearsal techniques for high school and youth ensembles. Helen was appointed to the rolls of Conductor of the University of Canterbury, Christchurch Youth Orchestra, and Musical Director of the New Zealand Youth Symphonic Winds in 2016.

g0ldfisk & follower are described by media reports as a “dynamic hacker duo” which is numerically accurate. Their recent security and privacy research presented at the 2016 DEF CON conference was widely reported by the press including The Guardian, Newsweek, New Zealand Herald and Daily Mirror. Some of the reporting was even accurate, however it calls into question the adage ‘what happens in Vegas stays in Vegas.’

Amy Fletcher is an Associate Professor in the Department of Political Science and International Relations at the University of Canterbury, who specializes in science, technology and environmental politics. Prior to moving to New Zealand to take up a Lecturer's post in 2000, she worked as a Legislative Assistant in the United States House of Representatives on telecommunications and technology issues. Born in Huntsville, Alabama, because her Dad worked on the Moon test rockets in the 1960s, she has a lifelong interest in the public dimensions of technology. She recently published Mendel's Ark: Biotechnology and the Future of Extinction (2014) and is currently working on a project that analyzes the implications of artificial intelligence and robotics for the future of employment in the United States. She is the Associate Editor of Politics and Life Sciences Journal (Cambridge University Press) and an expert panel member for TechCast Global, based in Washington, D.C.

Born in New Zealand, Barry Vercoe was a founding member of the MIT Media Laboratory, where he is currently a Professor of Music and Professor of Media Arts and Sciences, and Associate Academic Head of the Program in Media Arts & Sciences. Barry pioneered the composition of works combining computers and live instruments. In 1983 he developed a Synthetic Performer -- a computer that could listen to other performers and play its own part in musical sync, even learning from rehearsals. He won the 1992 Computer World / Smithsonian Award in Media Arts and Entertainment and the 2004 SEAMUS Lifetime Achievement Award. His several Music Synthesis languages are used around the world, and a variant of his Csound and NetSound languages has recently been adopted as the core of MPEG-4 audio -- an international standard that enables efficient transmission of audio over the Internet.

Dame Diane was the City Missioner at the Auckland City Mission. She has instigated and managed databases for a variety of agencies. She was responsible for the collection and analysis of data gathered for the Auckland City Mission’s Family 100 research project, which has become one of New Zealand’s leading authorities on families living in poverty. Diane is a successful social sector entrepreneur, giving her a unique combination of strong business and financial skills with strong social sector credentials. Her passion is to deliver better outcomes for New Zealanders through the development of sound policies informed by qualitative and quantitative data.

Dr Friedemann T. Freund was a senior scientist at NASA for 30 years, is an Adjunct Professor in the Department of Physics at San Jose State, and is a Principal Investigator at the SETI Institute. Prior to NASA, Dr Freund was a professor at the German universities of Göttingen and Cologne for 20 years. His interest in defects in crystals led him to questions related to the origin of life and, as a spin-off, to the physics of pre-earthquake signals. He is currently the Chairman and Chief Physicist of GeoCosmo, an organisation working to develop a global earthquake forecasting system.

Grant is a two-time TEDxChristchurch alumnus and a hopelessly addicted inventor. He has founded a number of companies including GlobalBrain.net (sold to NBCi), Real Contacts (sold to Intel), SLI Systems (listed NZX) and Eurekster, YikeBike and Pure Pods. He is now having fun trying to help make NZ predator free with The Cacophony Project. He has also served on the board of the New Zealand Government's $140 million Venture Investment Fund, $430 million Foundation for Research Science and Technology. Grant has a degree in Mechanical Engineering and a PhD in Ecological Economics from the University of Canterbury.

Superuse Studios – turning available flows and resources into urban ecosystems. At Superuse Studios we believe we can make a difference. We think ingenious, beautiful and functional architectural and social design solutions can be created using existing resources, materials and systems. Everything is already there, we just have to see and utilise it. In this way we can transform to a sustainable society and limit the environmental impact of architecture and design. To make optimal use of locally sourced ‘waste’ in new design solutions is what we call SUPERUSE. Functionality, sustainability and aesthetics are our guiding principles. Since 2006 Jos de Krieger has been working in the field of architecture, especially innovative architecture and design made from leftover and waste materials. After his graduation at TU Delft he joined Superuse Studios (former 2012Architecten) to push the boundaries of architecture beyond traditional building methods into cyclical processes.

Currently completing a Diploma of Musical Arts and writing and performing as part of indie-tronica duo taipei teahouse, Kerry co-founded the SHE collective, a nationwide performance platform for female electronica artists. Kerry was the driving force behind the contentious Beautiful Beast Project, a unique music video collaboration between New Zealand and Afghanistan. The project, three years in the making, involved taipei teahouse (New Zealand) and film maker Roya Sadat from Roya Film House (Afghanistan). The purpose of the project was to raise international awareness surrounding the importance of empowering women through creativity and enterprise education.

Lucie K. Ozanne is Associate Professor of Marketing at the College of Business and Law at the University of Canterbury, Christchurch, New Zealand. She conducts research in the area of transformative consumer research. Her recent research has focused on community resilience and collaborative consumption. Her research has been published by elite journals in her field and has been used by business to promote products, consumer groups promoting alternative currencies, communities to enhance their community resilience, public policy makers in New Zealand and the UK to enhance their disaster preparedness, and scholars inside and outside her discipline. Her work has also been recently featured in The Guardian.

Professor Melanie Johnston-Hollitt is an internationally prominent radio astronomer working in the space between astrophysics, computer science and big data. She is Director of Astronomy & Astrophysics at Victoria University of Wellington, Chair of the Board of the 60 million dollar Murchison Widefield Array (MWA) radio telescope and a founding member of the Board of Directors of the Square Kilometre Array (SKA) Organisation, which is tasked with building the World’s largest radio telescope. In her nearly 20 year career, Prof. Johnston-Hollitt has been involved in design, construction and operation of several major radio telescopes including the Low Frequency Array in the Netherlands, the MWA in Australia and the SKA which will be hosted in both Australia and South Africa. These instruments produce massive quantities of data, in the case of the SKA it will be in the realms of exabytes per day requiring new and disruptive technologies to allow value to be extracted from the data deluge.

Raf is a Christchurch City Councillor and chair of the Strategy and Finance committee. His main focus has been the Council's financial position, as well as its strategic direction and risk management. Raf graduated from the University of Manchester in 1987 with a degree in Economics and Social Studies, after which time he spent 11 years trading global markets for investment banks in London. In 2000, he left banking to help start up and develop Trucost, which helps companies measure their environmental footprint in monetary terms. In 2002, he moved to New Zealand with his young family and has since been actively involved as a volunteer and trustee with Christchurch Budget Services, Pillars, Volunteer Army Foundation, Christchurch Arts Festival, as well as investing in and helping out early stage companies. He has a Grad Dip Arts in Political science, and a Masters in International Law and Politics from the University of Canterbury. Raf is interested in overt monetary fina

Sophie Rea is a youth worker, performer, writer, and top procrastinator from Ōtautahi, Aotearoa. Sophie is one of the co-ordinators of Faultline Poetry Collective – an initiative started to promote the poetry and creative writing of young people in our city. Sophie is a big fan of adventures, purple jellybeans, storytelling and a nice cup of tea. Sophie was the Christchurch poetry Slam Champion in 2014, and winner of the Rising Voices National Slam, as well as a speaker at TEDxYouth@Avon River, both in 2015.

Professor Steve Henry is an academic with a difference. Like other professors, research is his professional life, but unlike many he believes commercialisation is an integral partner to successful research. Having trained as a laboratory scientist specialising in transfusion medicine, Steve completed a PhD at the University of Auckland and completed another PhD in the 1990s. In 1996 he started the biotechnology company Kode Biotech to commercialise his biosurface engineering technology - Kode technology. As the CEO of Kode Biotech and Professor in the AUT Centre for Kode Technology Innovation he is fully immersed in the true commercial environment, taking research to product and developing it for the market. In 2015 Kode Biotech won the Supreme NZ Innovator Award for their contribution to the Agalimmune anti-cancer therapy innovation. It was this blend of business and science that saw him selected as a finalist for the 2008 New Zealand Ernst and Young Entrepreneur of the Year and the 2

Professor Travis Horton is a geologist who studies whales. Yes, you read that right: a geologist who studies whales. Travis developed his extraquadrilateral thinking skills during his Stanford years under the supervision of Professor Page Chamberlain, a pioneer in use of geochemical forensics as tracers of animal movements. Since moving to New Zealand in 2007, Travis has collaborated with Nan Hauser, Director of the Centre for Cetacean Research and Conservation, and researchers at N.O.A.A.’s Marine Mammal Laboratory, on projects aimed at answering the question: How do whales navigate? These collaborations have led to unique insights into how individual whales use environmental cues to swim across vast expanses of open-ocean without getting lost. 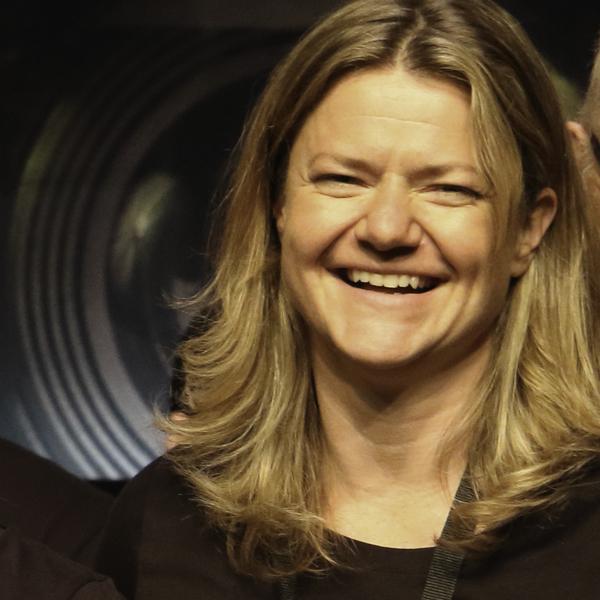 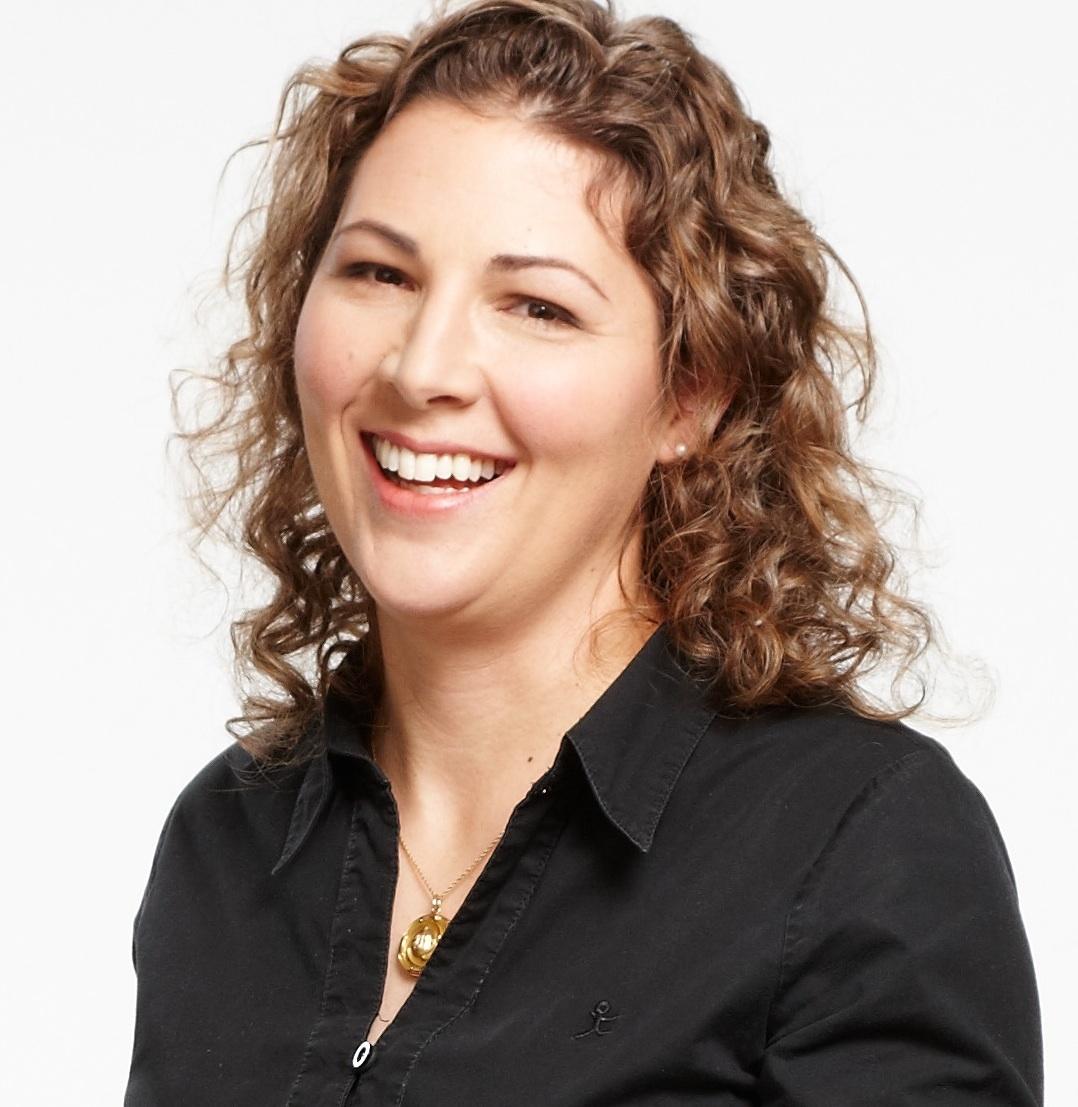