Theme: Education Beyond the Classroom

Alexander Urasaki is a senior at Cardinal Newman High School. Alexander was accepted to Notre Dame University, South Bend Indiana, and plans to study architecture. He is a varsity captain on the soccer and lacrosse teams. In his free time Alexander is also a muralist. Alexander’s CBSL focuses on teaching children from multiple Santa Rosa schools about art and using art to communicate an answer to the question, “Who am I?” Alexander’s CBSL which will end in a mosaic mural composed of work from all students he has taught. Through his project, Alexander hope to teach youth how to collaborate and how to make powerful statements through public art.

Brianna Clark is a senior at Cardinal Newman High School. She hopes to attend a college in southern California to pursue her passion for film and writing. While she enjoys spending her free time reading, writing, playing the piano, and binge watching Netflix, she also puts a great deal of time into her health. Having suffered from a chronic heart condition since birth, she finds solidarity in connecting with other heart patients who know that the struggle is real. As a result, she has chosen to make care packages for heart patients at UCSF for her CBSL.

Caroline Olsen is a senior at Cardinal Newman High School. This upcoming fall, she will attend Duke University where she is interested in studying neuroscience. Currently, she plays both varsity water polo and lacrosse. In her free time, she enjoys juggling, backpacking, making puns, and playing the ukulele. In her junior year, Caroline began volunteering at the Healdsburg Boys & Girls Club and has since created an interactive after school program called, Uke’an Be Happy, which is expanding throughout the Boys & Girls Clubs of Central Sonoma County. Whether it's her sports, service, or quirky hobbies, Caroline finds a way to juggle her activities all while having fun.

Catie Geib is a senior at Cardinal Newman High School, in the fall she plans to attend Montana State University, and major in Agricultural Education and Curriculum Development. Throughout her years as a Cardinal, she has been a captain of her Varsity Water Polo Team, Varsity Swim and Dive team and Mock Trial team. Outside of school she is president of her 4-H club and raises cattle. For her CBSL Project she has partnered with Seeds of Learning to organize week long trip to Nicaragua to build schools.

Claire Daniels is a senior at Cardinal Newman. She is highly considering attending University of Alabama in the fall and wanting to become a sports or news broadcaster. Claire was on Newman’s Varsity Cheer Team her freshman and sophomore year. She has been competing in horse shows since the age of 7 but is not going to continue her riding career in college. Her CBSL “Girl Power” focuses on building self esteem for a group of middle school girls at Village Charter School in Santa Rosa.

Connor Shaw is a Senior at Cardinal Newman. He loves to run, and is the team captain of both the Cross Country team and Track and Field team. Connor also Volunteers at Lily’s Legacy Senior Animal Shelter for his CBSL project, which is also where he adopted his dog Mickey. Connor has no idea what he wants to study in college, but he only applied to Aerospace Engineering and International Business schools.

Gladys is a senior at CN, she enjoys running cross country and hurdles in track although she is terrified of them. She also enjoys playing the piano and debating in her mock trial team! She is a jack of all trades and brings excitement to any class she is in. Her CBSL she will be traveling to Mexico to bring materials, equipment, and resources to children in elementary schools.

Gunnar Hayman is a senior at Cardinal Newman High School who will be attending Oregon State University with a focus in business. He is currently a captain of the Varsity Wrestling team and enjoys competing in Brazilian Jiu-Jitsu outside of school. For his CBSL he has established a music therapy program at Catholic Charities titled “Music and Memory.”

Harrison Chappell is a Senior at Cardinal Newman. Harrison plans to study bioengineering in college. He participates in both Track & Field along with Rugby at Cardinal Newman. Harrison’s CBSL focuses on helping those in need across our borders. He and his partner Gladys will be traveling to Mexico over spring break to help support an elementary school with their financial and facilitative needs. Through his project Harrison hopes to bring attention to the need for supporting primary education in improvised nations.

Jullie Bundesen is a senior at Cardinal Newman High School. In the fall she plans to attend Arizona State University, majoring in Fashion Merchandise and Graphic Design. Jullie has played sports at Cardinal Newman since her freshman year which include soccer, basketball, and swim. Her most passionate sport was soccer. She also enjoys participating in the dance program at Newman. For her CBSL she is working with the North Bay Down Syndrome Association and is putting together a Disney dance performance in April.

Leopold van den daele is a freshman at Cardinal Newman High School. He is an avid runner and outdoor enthusiast, and enjoys spending his time sleeping under the stars and hiking trails that don't seem to have an ending point. He participated in Cardinal Newman's varsity cross country team for the first time this year, and plans to continue his running passion for the years to come. He is also going to undertake track this approaching season. During his free time he enjoys traveling to remote regions, local mountain biking, and enjoying cultural delicacies.

Noёl Clark is a senior at Cardinal Newman High School. She has a great love for the outdoors and plans to study marine biology in college next year. For her CBSL project she is helping at-risk youth get outside through beach clean-ups and rock climbing camps. When she is not in school or at lacrosse and cross country practice, Noёl spends her free time outdoors running, mountain-biking, hiking, and rock climbing. Later in life she hopes to work for the National Geographic Society as a researcher and photojournalist in order to promote conservation and protection of our natural world.

Samantha Dawson is a senior at Cardinal Newman. Although she hasn’t made a college decision yet, she knows she is going to study astrobiology. Some of her passions include reading, space, and competitive dance. She also teaches dance classes at her studio in Windsor that she has been dancing at for six years. For her CBSL she is helping at risk children at Forget Me Not Farm in Sebastopol heal and grow through interactions with animals and nature. She is helping develop a sensory garden for the farm that she will build in the spring for children with who need help healing their senses.

Emily Pham is a senior at Cardinal Newman High School. Her passions include dance, art, baking, cooking, golf, and service. She has been training in ballet at the Susan Lopez School of ballet since she was 3 years old and is currently teaching ballet classes there. Emily’s CBSL is NewFOUnd Learning in Vietnam. She works with a non-profit called Friends of the Underprivileged (FOU) to fundraise for scholarships for underprivileged and disabled students in Vietnam and to spread awareness for the global inequitable access to education. She went on her own FOU service trip to Vietnam in December 2015 to teach English, dance, and art classes.

Tucker Cullen is a Senior at Cardinal Newman High School. He is a passionate outdoor enthusiast and loves sharing this passion with others. He is a captain of the Varsity Cross Country Team and races on the Cardinal Newman Mountain Biking Team in the spring. He also enjoys other outdoor sports such as skiing, surfing, and climbing. Over the past few summers Tucker cycled across America from coast to coast, backpacked the entire John Muir Trail, and climbed the north route of Mount Shasta. For his CBSL, Tucker is working with the B-Rad Foundation to create a mountain bike program for at-risk youth in Sonoma County. 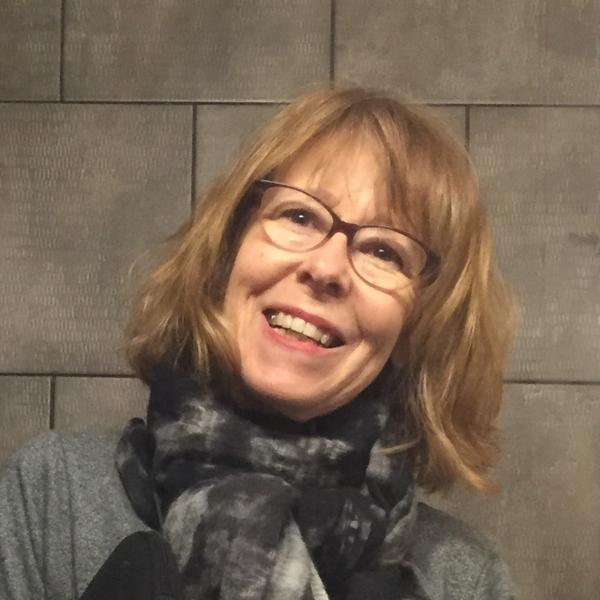