There are thousands of brilliant ideas that have not been spread to billions of people in the world. There are people who have found different and unique values about those ideas. In TEDxTitech, those people spotlight the idea and different point of view about the idea that lot of people never had in their thought. We aim to awake those dormant ideas and let people know about them.

He is one of only five specialists in Japan, currently accredited by the American Board of Orofacial Pain. He completed training to become a specialist at the University of Southern California, School of Dentistry, and opened a clinic in Japan dedicated to treating patients with pain in the orofacial region that other doctors could not diagnose or treat. Largely still an unexplored field in Japan, he is considered a pioneer clinician, spreading knowledge of pain around Asia. He aims to address the most challenging yet common difficulty that many doctors face: the invisibility of the sensation - pain.

Dr. Arnar Thor Jensson is the founder and CEO of Cooori. Cooori provides performance online language learning solution using AI. Arnar graduated in 2009 from Tokyo Institute of Technology with a PhD in computer science. His research focused on speech recognition. During his time at Tokyo Tech he figured out different ways to learn languages. After graduation, he started working on building his company. Now his company has large Japanese companies as clients. More important, efficacy results on the AI focused learning method show great results.

Professor Junji Yokokura is a Specially Appointed Associate Professor here at the Titech Center for International Education. Born in 1951, He worked as a JICA volunteer in Philippines from 1976 till he formally entered JICA in 1983. For 26 years, he has been helping those in the third world countries, including 8 years as a consultant. His worked on projects regarding the flood control and water utilization mainly outside of Japan. As of now, he mainly works on improving water resources, disaster prevention, and a touch on International Cooperation. He also holds a Docterate in engineering, and attained a Masters degree at UC Davis.

He started to play freestyle football at the age of 13 and has started performing of it since he was 14. He performs mainly in Kanto region and Shizuoka as well as all over the country from north to south, Hokkaido to Kyushu. He participated in Red Bull Street Style World Final 2016 as Japan representative and won the second place. [Championship Career] 1. JAPAN FREESTYLE FOOTBALL CHAMPIONSHIP 2016 2. ASIA FREESTYLE FOOTBALL CHAMPIONSHIP 2015 3. F4-2015 Final 4. Wing Clash of Freestyle vol.4 5. Wing Clash of Freestyle vol.2 6. SPORTSONE FREESTYLE BATTLE TOURNAMEMT 2014 7. F4-2013 Final 8. CROSSING2010 9. BOMB [Events] 1. Tokyo Motor Show 2015 2. Inter BEE 2015 3. Yume AWARD5 (in Nippon Budokan) 4. J League Halftime Performance [Television Appearance] 1.TBS REDISCOVER JAPAN (He achieved Guinness World Record during the show and is still the record holder.)

Mohamed Ateia is a PhD candidate at the Department of Civil Engineering, Tokyo Institute of Technology, Japan. His research interests include solving water and wastewater problems. Through his research, he try to find solutions for the water shortage problems in the developing countries via biological and/or physio-chemical wastewater treatment methods. He is the co-founder of BENAA Foundation. BENAA is having a reflective impact on the community by utilizing the youth power and their improved capacities to build-up local development projects. He got many awards acknowledging his research achievements such as Best Presentation Award for Young Researchers, International Water Association (IWA) (2014) and First Place Prize at Honda Young-Engineers-Scientists (Y-E-S) (2015).

With 40 years of experience on extreme work-type robots, Shigeo Hirose is an emeritus professor at TiTech and is also known for being the Chief Technology Officer at Hibot, a robotics company based in Tokyo.During his masters program at TiTech, he discovered the propulsive dynamics of snakes, which lead him to the invention of the world’s first snake-like robot. Other than that, he has also created robots that are four-legged, ones that go outer space for planetary explorations, demining robots and many more. Professor Hirose has been a game changing scientist in this field, receiving awards such as Medals of Honor (2006), The Josepth Engelberger Robotics Award (2009), the IEEE Robotics and Automation Award (2004), and a total of more than 70 awards during his career. Not only is he a great scientist, his work has reached out to many fields around the world, leading in the robotics industry that remain progressive in this era.

A magician born in 1984. He went to the U.S. in 2005 to become a magician, and he gained his experience mainly in the U.S. as a professional magician. He is a regular member of Magic Castle (The Academy of Magical Arts). He established the Guinness world record in the 2007 with Coin Roll. In 2009 after two years, he updated the Guinness World Record with a record even beyond his record and is planning to challenge for new records at TEDxTitech 2017. Even in darts, he has a career in second place in an amateur world championship. 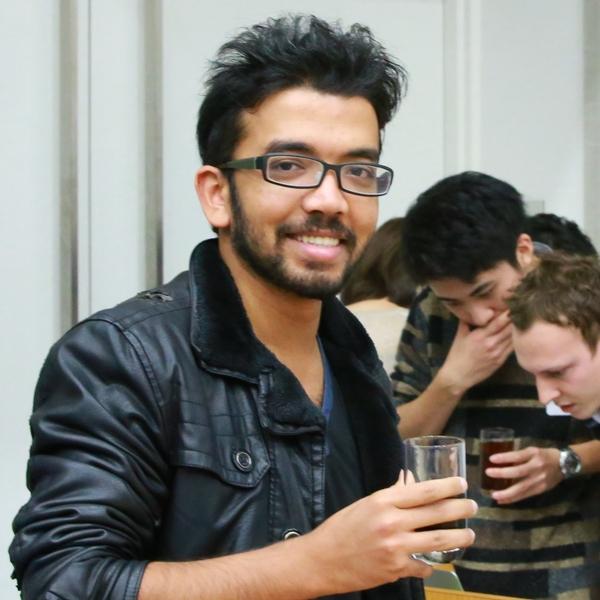