Adithya Chakravarthy is a Grade 11 student at the University of Toronto Schools. At his school, Adithya is a senior executive in the Speech and Debate Society. Since grade 9, he has debated in tournaments across North America and Europe. He is also one of leading Indian Classical Vocalists in North America and has performed in venues across the globe. He has won various music awards including the Carnatic Music Idol USA Junior Title. Adithya’s public speaking and debate performances have helped strengthen his persuasion skills. His TEDx talk will be focusing on ways people can motivate themselves to complete various tasks even when they struggle to find the drive necessary. When Adithya isn’t debating or leading a club, you will likely find him reading a science fiction novel or watching cooking shows.

Amanda Morin is a grade 12 student at the University of Toronto Schools. She is heavily involved in STEM within the school, participating in Envirothon (an environmental competition), and many math and computer science-related contests. Amanda has also tutored younger students in various STEM subjects to increase engagement and interest in STEM. This experience of competing at a high level in STEM and experiencing the lack of female role models or peers within STEM competition encouraged her to begin studying the processes and structures which cause this discrepancy.

Amy Kim is currently in her final year at the University of Toronto Schools. She will be studying computer science next year, and has always had a long-standing interest in and passion for STEM subjects. Amy is especially passionate about the issue of the underrepresentation of women in STEM, particularly within the UTS community, which is what her TEDx talk will be focused on. She hopes to find more opportunities for overlaps between social science research, computer science, and gender equality in university and beyond!

Benn McGregor will be speaking about the only thing on which he is truly authoritative—being a teenager. In addition, he is a pianist and clarinet player whose interest has exposed him to composition, music's history, and its power to uplift and bring people together. At school, his study of history and civics opened up a fascination with world affairs, an inspiration for his TED talk. Since 2014, he has combined these interests in becoming part of a youth-run campaign called Music Without Borders, drawing on the power of the arts to support the organization Médecins Sans Frontières / Doctors Without Borders and their humanitarian work around the world.

Donald Schmitt (class of '70) is a graduate of UTS and University of Toronto School of Architecture where he received the Royal Architectural Institute of Canada Medal, as well as the architect for the new UTS building. He is currently working on the renovation of Ottawa's iconic Union Railway Station as the temporary new home for the Canadian Senate, the $125M transformation of the National Arts Centre, Ottawa, the new campus and building of the Emily Carr University of Art and Design in Vancouver and the Collections and Conservation Wing of the Canadian Museum of Science and Technology. Mr. Schmitt is also Design Lead for the new David Geffen Hall at Lincoln Centre, New York City, the new home of the New York Philharmonic. A Fellow of the Royal Architectural Institute of Canada and a member of the American Institute of Architects, Mr. Schmitt and his firm have won over 200 design awards including six Governor General’s Awards. He is the Founding Chair of the Public Art Commission for the City of Toronto for which he was awarded the Civic Medal. He was a member of the Advisory Committee on Planning Design and Real Estate for the National Capital Commission, Ottawa for 12 years, a member of the Waterfront Toronto Design Review Panel and the University of Toronto Design Review Panel. He is a member of the Canadian Art Foundation Advisory Committee and is an academician with the Royal Canadian Academy of Arts.

Haley is an environmentalist who works at the Jackman Institute of Child Studies, an elementary school affiliated with U of T that is devoted to studying childhood development. She is the Project Lead for Natural Curiosity, the environmental Inquiry Program at the school. Just having won U of T’s Green Ribbon award, recognizing outstanding achievements in campus sustainability, Haley shares her zero-waste lifestyle and tips for making small changes into sustainable habits on her social media blogs, under the title 50 Shades of Green.

Maria Murray is a grade 12 student at University of Toronto Schools, a part-time barista, and an aspiring journalist. She loves research and is extremely passionate about gender equity, and this year, with the help of a youth Participatory Action Research extra-curricular, she’s found a way to combine them. Along with Amanda Morin and Amy Kim, she's been studying sexism in elective STEM (Science, Technology, Engineering and Math) environments at the high school level since September, and can't wait to share their findings.

Mitchel Chuvalo is a health and physical education teacher at UTS, as well as a dedicated coach to many of our school’s sports teams. Having been a teacher for the past 30 years, spending the past 13 years at UTS in Health and Physical Education, Mr. Chuvalo has devoted his time to inspiring students to live a healthy and active lifestyle. He has coached wrestling, rugby, football and track and field throughout his career and actually created the wrestling program at UTS. Winning numerous awards for his teaching and coaching, Mr. Chuvalo has left a remarkable impact on countless students. Son of the Canadian Heavyweight boxing icon George Chuvalo and father of two sons, Mr. Chuvalo spends his free time enjoying bebop jazz, beat generation literature and cooking shows.

Nadeem Nathoo is a Co-Founder and Executive Director of TKS, North America's leading innovation program for students ages 13-17. He spends most of his time thinking about what learning 2.0 looks like, and builds programs that will help students achieve their potential far earlier. Prior to founding TKS, Nadeem was a consultant at McKinsey & Company, a global top-tier management consulting firm, where he advised Fortune 500 CEOs on their most salient and challenging issues. His experiences range from Banking, Mining, Aerospace, Telecommunication, and Advanced Industries, to name a few. Nadeem has successfully lead turn-arounds and growth strategies that have had global implications including facilitating a $500 million merger transition and a $2 billion strategic spin-off. Throughout this time, Nadeem has developed a strong passion for cultivating innovative mindsets within environments that aren't typically exposed to forward thinking agendas. Nadeem has advised large corporates on innovation and disruption in outdated industries.

Naomi Boyd is currently in her final year at the University of Toronto Schools. As someone who’s been involved in athletics, arts, and various other community-driven activities throughout her childhood, one of Naomi’s main goals is to live an active lifestyle. This encompasses personal health as well as the responsibility of being a member of the global community. Over the past few years, Naomi has developed a passion for environmental issues, which has contributed to the decision to make her own lifestyle changes and to the topic of her Tedx Talk. The talk will be discussing accessible ways to approach a plant-based diet and how incorporating small adjustments can lead to impactful changes. Catch her next year roaming the planet in search of a successful future and the world’s best cup of coffee.

Owen Torrey is currently in his final year at University of Toronto Schools. He is passionate about socio-political issues and questions of how such forces shape the world we inhabit. To explore these topics, he has been fortunate to participate in international debates in Hong Kong, the U.K., and Czechia. Owen feels particularly passionate about environmental issues, a dedication strengthened by his participation in a 2015 Arctic expedition to Nunavut and Greenland, alongside a group of international students and researchers. Upon returning to Toronto, his research made him aware of the environmental impacts of a meat-based diet, causing him to shift to a plant-based lifestyle. His TEDx talk will focus on the manner in which the change of one’s diet, even on a micro level, can cause profound personal shifts and important global impacts.

Raya Treibicz is wildly curious. When 14 year old Raya isn’t rescuing injured animals, designing jewelry, snorkeling, kayaking, voraciously reading or singing to raise awareness for social issues, she’s a grade 9 student at the University of Toronto Schools. While on a recent shopping excursion, it hit her that she knew virtually nothing about money and finances. That launched a realization of the huge impact of being financially illiterate. She had only to consider her personal family history to recognize that being financially illiterate can lead to some potentially hazardous scenarios. Raya’s vision is that all kids should be exposed to financial literacy starting at a young age. She is a member of her school’s speech and debate society. 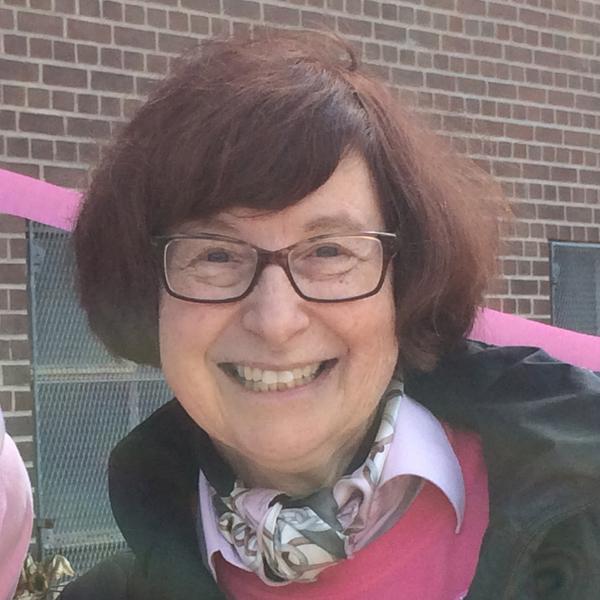