We're more connected than ever before. Join us June 28th, for talks that explore the many ways we connect--to each other, ourselves and our world.

Aaron is a U.S. Army Veteran, award-winning wellness consultant, author and national speaker. After returning home from two deployments, he hit rock bottom by failing in his personal and professional life. Aaron began moving upwards once he realized and harnessed his personal power through endurance racing. He met a young woman with cerebral palsy, and together they challenged their physical and mental limits as he pushed and pulled her in races such as a 140.6 mile IRONMAN triathlon and 100 mile run. Aaron challenges the status quo by empowering people, organizations and communities to move upwards together through a life filled with positivity, passion and purpose.

Aiveen is a Wellness Consultant, Trainer, Therapist and Laughter Yoga Professor. She has a broad-based background, including working in the private, public and voluntary (non-profit) sectors. She graduated in psychology almost 30 years ago and also has a Master of Science degree in Information Systems. Aiveen is also qualified in various therapies and has an insatiable curiosity for what makes us tick. Influenced by kindness, compassion, positive psychology, neuroscience, mindfulness and identifying and working from people’s core narrative, inner values and strengths, she runs a wide variety of personal and organizational development workshops with civilian and uniformed audiences. She is interested in innovative and preventative health approaches and teaches people about laughter yoga, which is an incredibly powerful and unique mind and body exercise routine, accessible by all ages and fitness levels. Laughter yoga has huge potential benefits for individuals and organizations in many ways such as building our immune systems, reducing cortisol levels in our body, making us more productive and focused and happier in ourselves – no wonder they say laughter is the best medicine. In Scots-Gaelic, Aiveen means "Funny Girl". Aiveen has a son, Michael-Alexander, lives in Scotland (UK), and Rapid City, South Dakota (USA) with her husband Dave, and works nationally and internationally.

Cabot-Ann Christofferson, has a long history working in the chemistry field, from chemical weapons detection, rheology, chemical instrumentation and environmental testing. Since 2003, the chemist and materials engineer has taught classes in chemistry at the South Dakota School of Mines and Technology. She also served as the coordinator for the Analytical Atmospheric Chemistry Lab, which worked with the Department of Defense’s Dugway Proving Ground on establishing better detections of hazards to the warfighter. In 2010 she began working with the MAJORANA DEMONSTATOR collaboration, a Department of Energy nuclear physics project housed at the Sanford Underground Research Facility (SURF) in Lead, S.D. She oversees the production and preparation of the world’s purest copper and serves as the liaison to SURF and task leader for all host lab infrastructure. She also continues to teach one chemistry lecture each semester and manages a research lab at SDSMT. Christofferson holds a B.S. in Chemistry and a M.S. in Material Science and Engineering with an emphasis in Organic Synthesis on electrically conducting polymers from SDSMT. Christofferson has been married for 18 years and has two children, a dog, two cats and an assortment of other small creatures.

Hugh Weber is a researcher, network theorist, storyteller, community organizer, design advocate, and small town kid. With clients & partners ranging from Fortune 10 to Mom-and-Pop, Weber uses emergent research techniques and innovative community building skills as Curator of the Institute of Possibility to reveal the rich stories, thriving networks, and infinite possibility that often lays hidden in the communities and organizations that we love most. Weber founded OTA, a nonprofit focused on sparking transformation through creative connections and collisions in ND, SD and MN. OTA has convened 11 large-scale events, hosted 150 national thought leaders, commissioned 35 micro-documentaries and a full-length feature, and invested approximately $2 million in the creatives who call this region home. Weber is creator of The Potluck Society, a podcast celebrating ordinary people who build extraordinary communities. He co-created Leading Good, a learning platform that exists to inspire and equip leaders of social impact organizations.

Mr. Joseph McGill, Jr. is a history consultant for Magnolia Plantation in Charleston, SC and the founder of The Slave Dwelling Project, Inc. Sleeping in extant slave dwellings, this project has brought much needed attention to these often neglected structures that are vitally important to the American built environment. Prior to his current position, Mr. McGill was a field officer for the National Trust for Historic Preservation working to revitalize the Sweet Auburn commercial district in Atlanta, GA and to develop a management plan for Mississippi Delta National Heritage Area. Mr. McGill also served as the Executive Director of the African American Museum in Cedar Rapids, IA, and is the former Director of History and Culture at Penn Center, St. Helena Island, SC. Mr. McGill is the founder of Company "I" 54th Massachusetts Reenactment Regiment in Charleston, South Carolina. He is also a member of the South Carolina Humanities Council Speakers Bureau and appears in the book Confederates in the Attic by Tony Horwitz.

Josue Rivas is a first nations documentary photographer, cinematographer, and film director specialized in working on stories that challenge the mainstream narrative about indigenous peoples. His work aims to create awareness about issues affecting native communities and to amplify the voices of those in the shadows of our society. His work has appeared in publications including The New York Times, The Guardian and Rolling Stone.

Kathleen Christopherson grew up on a South Dakota farm, where listening to family dinner-table conversations made her a story addict. She is a writer, editor, and speaker who publishes under her pen name, Kathleen Fox. Some of the life lessons Kathleen has learned are: friends are essential during painful times, family includes whoever you claim, you can remember 17 grandkids' birthdays if you write them on the calendar, compassion and respect matter, humor is a lifesaver, and life is too important to take too seriously. Kathleen has edited and ghost-written self-help books and articles, is the author of Making the Best of Second Best, and is the co-author with Rick Kahler, CFP, of Conscious Finance. Her newest book is a collection of revisited fairy tales, Once Upon a Different Story. In her blog at practicalprairie.com, she takes a wry look at life's misadventures but embellishes only when strictly necessary.

Lindsey was born in Indianapolis, Indiana and is the oldest of two daughters. She completed her Bachelor of Arts in Linguistics at the University of Kentucky in 2003. Lindsey moved to South Dakota in 2010, and earned her Master of Arts in Language and Rhetoric at South Dakota State University in 2015. Currently, she works as an adjunct instructor of English at Black Hills State University and an adjunct instructor of writing at Western Dakota Tech. Her primary research interest is in sociolinguistics, especially dialect discrimination. In her free time, she loves to hike in the Black Hills with her dogs, to read, to write, and to go to the movies.

Dr. Max Marc works as an Associate Professor of Management Information Systems in the department of Business at Black Hills State University in Spearfish, South Dakota. He was born and raised in India. He earned a Ph.D. in Business Administration from Temple University in Philadelphia. He is strongly influenced by the ideas of Nassim Nicholas Taleb and Daniel Kahneman. He loves technology and the conveniences of the modern world, but believes that just as it’s possible to overfeed or over-medicate someone (via Taleb), it's also possible to over-technologize aspects of our lives to the point that we end up with alienation instead of connection.

Oisin Lunny is an experienced keynote speaker & conference chair, appearing at over 150 conferences in USA, Russia, China, UK, Ireland, Germany, France, Italy, Spain, Netherlands, Sweden, Iceland, Finland, and Hungary, including four times at SXSW. Today Oisin is the Chief Evangelist at OpenMarket, helping the biggest brands in the world use mobile messaging to connect with their customers in the moments when it counts. Oisin’s background of 22 years in technology and media includes roles as UK MD for the world’s largest social space for teens, and Global Product Manager for Media at Europe’s largest network operator. Oisin contributes to The Guardian and Digital Doughnut, sits on advisory boards for SXSW and The Economist Big Think, and was named the #5 most engaged marketer in the UK by LinkedIn. He also maintains a parallel profile as a film composer and DJ, and is the music editor for Phoenix magazine.

Dr. Rachel MK Headley is the owner of Project Leadership Secrets, a company that specializes in providing premium leadership and management training to high-achieving women, so they can reach their highest financial, career, and intellectual goals. She also owns Cobblestone Science, a 6-figure business management consulting company. She works with a wide range of organizations, from nonprofits to large corporations. Headley is a certified project management professional and works with individuals and organizations to achieve excellence in management and leadership. She has decades of experience with earth-imaging satellite science and management and has briefed the U.S. Department of the Interior’s Deputy Secretary on her team and their accomplishments. She is active in local food, managing the Black Hills Food Hub and partnering in Best Day Farms, an indoor hydroponics operation. Headley, whose largest audience was over 10,000 people, speaks on topics ranging from satellite science to local food to leadership.

Dr. Gadhamshetty is an Assistant Professor in Environmental Engineering department at SD School of Mines and Technology (SDSM&T), a Board Certified Environmental Engineer, and a licensed professional Engineer (PE) from NY. Dr. G received several honorable awards in recognition of his research and teaching contributions. In 2015, he received a prestigious, National Science Foundation CAREER award that carries a monetary value of $0.5 M. He is the first recipient of SD Mines Research Award. Dr. Gadhamshetty has a versatile research and teaching experience from a range of institutions including Rensselaer Polytechnic Institute, Florida Gulf Coast University, Air Force Research Laboratory, and Dupont. He is currently an investigator in research projects worth $3.5 M. His research is being supported by Electric Power Research Institute, National Science Foundation, and NASA. His researches on generating electricity from defective tomatoes were featured in 350 media outlets including BBC World Service, CNN, and Popular Science. 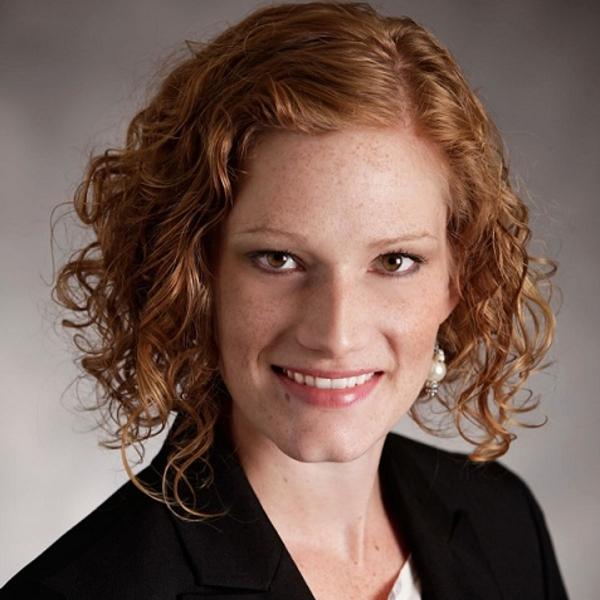