#TEDxNishtiman consists of short, well-prepared talks to motivate learning about beneficial subjects + interactive activities during the breaks. #TEDxNishtiman doesn't by any mean advertise for any political or commercial agenda.

Azad Muhammed, 44, has been farming for 35 years and gathered nearly 300 tons of products from 25 various crops in 2016. He has also discovered solutions for several plant diseases and has consequently been awarded for his innovativeness by the local and international organizations. Muhammed owns some 18 plastic plant-houses which he uses to grow a variety of fruits and vegetables; cucumbers, grapes, melons, watermelons, tomatoes pepper and many others. In fact, Muhammad’s reputation as a skilled farmer spread so fast that a Japanese organization in the area approached him with an offer to grow broccoli. The Kurdistan Region Government’s Ministry of Agriculture and Water Resources has already supported and rewarded Muhammed in his great innovation in the agriculture sector.

Bayar Shahab was born and raised in Erbil. He holds a BSc in computer engineering and is currently in the process of attaining a MSc degree in computer systems engineering. He is a programmer and database designer. He builds applications and has developed several desktop and web apps. He is a researcher in the area of 5G technology and has published research papers regarding the 5G technology trend, image processing, and web application development. He is currently working as an IT Specialist in NassPay Co./Darin Group. Where he, along with his team, are studying on how to protect and manage water resources in KRG throughout IoT/smart solutions while simultaneously working on their mobile money project.

Dr. Hanna Jaff Bosdet was born on November 4, 1986. She is from Tijuana, Baja California, Mexico. She has a Master of Arts in International Relations from Harvard University, a BA in Psychology, diplomas and studies in Political Science and Criminology from the National University in San Diego. Diplomas in Leadership from Tecnológico de Monterrey Campus Monterrey. In March 2014, she received an honorary doctorate degree by the American Cultural Institute in Mexico; and in October 2014 she obtained an honorary doctorate by the Analytical Constructivist University of Mexico. In 2016, the World University Committee gave her a medal for ‘Academic Excellence’.

Hazhar Zahawy is a Kurdish Percussionist for folk, art music and jazz. Hazhar Zahawy was born in December 1980 into a Kurdish family. He spent his childhood in the the Iraqi part of Kurdistan and then moved to the UK with his family at the age of 10. After completing school, he went on to study for A Levels in Music, English and English Literature. He went to the University of London and studied for a BA in Ethnomusicology. At the age of 5, his Grandfather introduced him to the daf (Kurdish frame drum), which was to become a way of discovering other percussion instruments of the world. When he was 13, he was invited to join the first national Radio and Television Orchestra of Kurdish music in Europe.

Hemin holds a BSc in Civil Engineering, a BSc in Computing and Statistics, a Graduate Diploma in Computing and Informatics, and a Ph.D. in Interaction Design and Robotics. He is an Assistant Professor of Information Technology at the American University of Iraq, Sulaimani (AUIS), the Founding Director of the Center for Informatics and Data Analytics (CIDA), and the co-founder of TeraTarget for Digital Intelligence and IT Innovations. In addition to his formal duties, he has supervised numerous student projects and teams. Hemin believes that programming and poetry are born out of a very similar process. Therefore, he also has some interest in Kurdish poetry, published poetry booklets, conducted live poetry readings in Kurdish and English, and composed many lyrics for well-known Kurdish songs.

Lena Kay is a Transformation coach who was born in North Iraq and raised in London.  A university dropout she managed a chain of 10 gambling establishments before moving onto RBS business banking where she arose as a team leader. By her mid 20’s she found herself homeless, depressed, overweight with a brain tumour and living on benefits. She discovered neuroscience and quantum physics, used the knowledge to transform her life and helped many people on her journey as she organically fell into coaching. Lena now empowers individuals, entrepreneurs and groups to transform and become who they need to be, to maximise their potential and live life on their own terms.

Raed al-Saleh is head of the White Helmets, a group who work in what is now known as the most dangerous place in the world. They are 2, 900 unarmed volunteers who rush to areas where bombs have been dropped or explosives taken place. The volunteers search under rubble and save people’s lives, while putting their own life at risk. Till today almost 80, 000 lives have been saved by the White Helmet volunteers. Rael al-Saleh and his team work under the moto: “To save one life is to save all of humanity.” In TEDxNishtiman this brave and inspiring man will share his story, the story of 2, 900 volunteers and the 80, 000 lives they have saved to date.

Ravan Al-Taie, was born in 15th May, 1986, in Erbil, after moving a lot with her family, she came back to Erbil and studied engineering there. She got a BSC in Electronics & Communications Engineering and started to work in different companies till she ended now working as a Senior Wireline Field Engineer. She started to volunteer at Wikipedia in 2008, got promoted to an admin in 2013. She created and translated So far around 800 articles, and has more than 17,000 edits. She organized many workshops for the first time in Kurdistan and Iraq to teach new volunteers how to edit Wikipedia and help in providing the knowledge for free to people in their own languages. In 2015 she received the princess of Asturias Award by King and Queen of Spain representing the wikipedia worldwide volunteers.

Salwan Zaito was born in Erbil during the 1970s, and grew up in different cities throughout Iraq’s difficult times. Along with his brothers, Zaito always had interest in media and the new electronic technology, as the trio opened various businesses from music shops to video services. He received his studies at the University of Salahaddin and University of Mosul, however the family decided to flee the region and moved to Holland in 1992. There, he began to receive professional media training, creating the base and the foundation of Babylon Media in 1998. The company quickly grew into a multi-media service provider for big and small companies. After relocating his family and his business to Erbil in 2005, the company grew with four TV channels and two radio stations housed in its state-of-the-art headquarters. The company is always involved in major events throughout the year in the region, from concerts to major conferences. Today, Babylon Media is the leading multi-media service provider in the Kurdistan Region.

Sherri Kraham Talabany is the President and Executive Director of the Kurdistan-based SEED Foundation, and US-based SEED for Change, charitable organizations that promote development in Kurdistan. SEED supports those displaced by conflict and survivors of violence to help them recover and rebuild their lives by providing mental health and psychosocial support services. Prior to moving to Kurdistan in 2012, Sherri was a senior official in the United States government for fifteen years, working on foreign policy, foreign assistance programming, and international development all around the world, including in Iraq. Sherri is an American lawyer who earned her Juris Doctorate in 1999. She has been involved in volunteer work throughout her life, advocating on behalf of the poor and undeserved including vulnerable minorities and displaced people.

Souhair Al-Qayssei is a news host and journalist, Goodwill Ambassador, and in the list of world celebrities partners with the UN World Food Program. Suhair al-Qaisi entered the world of media and press at an early age to become part of the list of the most prominent Arab journalists in the media scene. Her first appearance was in 2004 and was the youngest news host at the time, she studied dentistry while working but preferred to work as a host. In 2008, she was selected by Fox News as among the 10 figures of the most importance and inspiration in Iraq. In 2014, Suhair Al-Qaisi was one of the first journalists to visit camps for refugees in Iraq and the Kurdistan region in collaboration with the World Food Program.

Thamir Elias is a yazidi activist, the founder and president of Humanity Organization for Civil Activities. He is a motivated young man, working hard to develop his community, holding bachelor degree in Sociology and a student of masters in Psychology. Thamir is an IYLEP (Iraqi Young Leaders Exchange Program) Alumni 2015. He started advocating for minority rights in 2014 and made his way to the united nation head quarter in NewYork to give a speech about the minorities and what they have been through when Iraq was attacked by Terrorists. Gathering all these experiences, and with a humanitarian spirit, he, first, initiated the group Humanity, which worked for the sake of providing services for the most vulnerable people, IDPs (Internally Displaced Persons), refugees and host community. Later,the group developed to become a local, non-governmental organization. From a small idea, Thamir made Humanity grow from scratch into an organization that currently has 50 regular employees and over 100 volunteers. 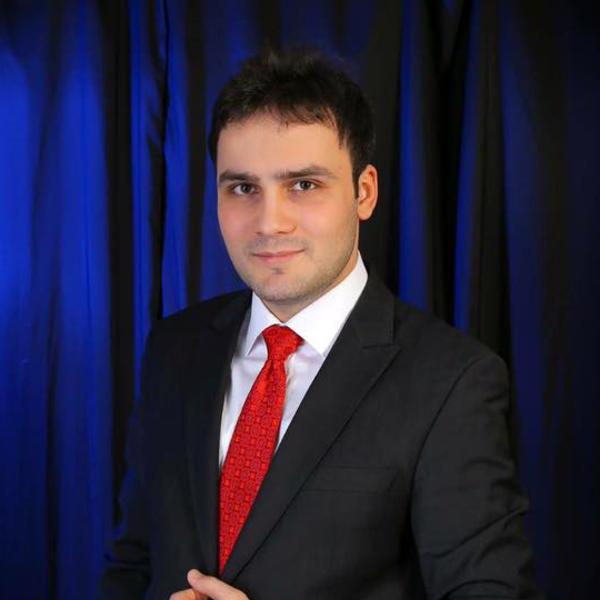 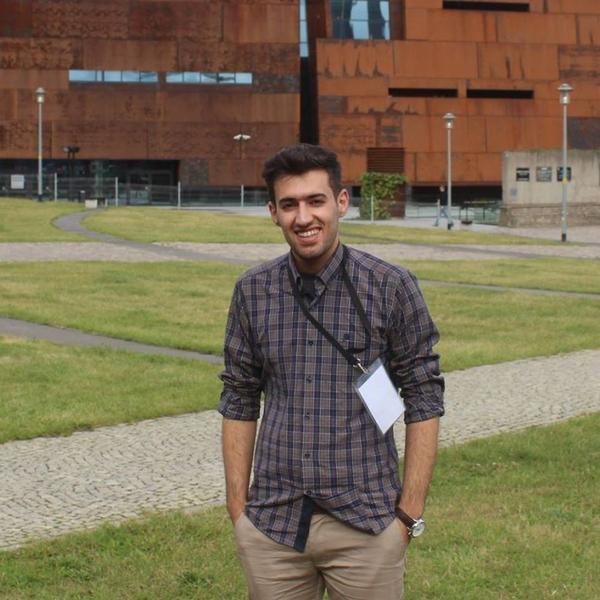