Tickets for TEDxFondduLac 2017 sold out in just over 6 hours. We are excited to have those who got tickets in the audience and will work hard to expand this event in the years to come.

Aaron Sadoff began his career in education as a social studies teacher (psychology and history) in Manitowoc, WI. He taught for the next 9 years in Manitowoc and Fond du Lac, WI, mostly at the high school level. His passion and specialty became helping students learn about psychology. In 2006, he was selected to be middle school principal at Bessie Allen in the School District of North Fond du Lac, where he served for 3 years until becoming the Superintendent for the District, which he has served in for the past 8 years. His current passion is developing and sustaining a culture of happiness in the School District of North Fond du Lac so that the District can recruit, retain and reward a world class staff, while working to prepare all students to be career, college and life ready.

Alison (Ali) Fett has been the Assistant Vice President of Talent Development at Verve a Credit Union for the past three years. In this role, she strives to create a culture of servant leadership through developmental trainings and one-on- one coaching. Ali takes pride in serving those around her and inspiring others to do the same. Her leadership style is one of self-discovery, empowerment, candor, and unconditional love. Ali firmly believes servant leadership is a journey not a destination.

Darold Treffert, MD, graduated from the University of Wisconsin Medical School in 1958, interned in Eugene, Oregon and completed a Residency in Psychiatry at University Hospitals in Madison, Wisconsin. In 1991 he retired from various positions and now devotes his time to conducting research, writing and lecturing at the Treffert Center. His book Extraordinary People: Understanding Savant Syndrome has been published in the U.S. and has been translated into ten other languages. His most recent book Islands of Genius: The Bountiful Mind of the Autistic, Acquired and Sudden Savant was published in April 2010; it summarizes his 50 years of interest and research in both autism and savant syndrome. Dr. Treffert was a consultant to the movie “Rain Man”, in which Dustin Hoffman portrays an autistic savant.

Emerson Vahlsing, or E as she is known by her friends and family, is a fifth grader at the STEM Academy in Fond du Lac. She loves public speaking, reading, eating, and being out in nature. Debating is one thing she tries to do frequently in school and she loves to help others become the best they can be.

Pianist Provocateur Eunbi Kim has been connecting with audiences through spellbinding, emotional mastery in her interdisciplinary and multi-genre performances. She’s previously created, produced, and performed in “Murakami Music,” a genre-defying performance inspired by the characters and musical references in internationally acclaimed writer Haruki Murakami’s novels. It had a sold-out premiere at New York’s Symphony Space, which was broadcast on NHK (Japan’s national public broadcasting), and has also enjoyed performances in venues such as Texas Asia Society and Georgetown University. Recent highlights also include a tour of her solo program “re: last night,” which gave its world-premiere at The Kennedy Center and included a commissioned work by eminent composer Daniel Bernard Roumain (DBR) for piano and recorded voices. Eunbi has a forthcoming debut album to be released on Albany Records of new concert works for solo piano by 10-time Grammy-nominated jazz legend Fred Hersch.

Professsor at The College of St. Scholastica

Gary Boelhower, Ph.D. teaches in the areas of of ethics, religions of the world, and leadership at The College of St. Scholastica in Duluth, Minnesota. He has been a teacher for over 45 years. He has held leadership positions in higher education, including dean of life-long learning, dean of graduate studies, and vice president for academic affairs. He provides consultation and training to a broad range of organizations on dialogue, authentic leadership, professional ethics, the respectful workplace, and wise decision-making. His publications include scholarly articles and poetry in many journals and anthologies.

Laurice Snyder has been fighting oppression and inequity. For the first 20 years it was personal, fighting for basic survival through poverty, hunger, homelessness due to domestic violence and the quandary of racial identity. For the past decade, it’s also been professional, leading work that disrupts systems of racism and oppression in schools and communities. She is currently the Diversity Relations Manager for Moraine Park Technical College in Fond du Lac, WI. Laurice has successfully built the capacity for cultural responsiveness in the community in many ways. Her most recent initiative has been co-founding The Humanity Project: Telling the untold story which is the first-ever community conversation in Fond du Lac focused on exposing the histories of people of color in the United States.

Lisa Weber, MD, is a family medicine physician at Agnesian HealthCare’s Fond du Lac Regional Clinic, where she has worked for the past seven years. She enjoys spending her free time outdoors, gardening and hiking. Her family also enjoys caring for the animals in their small zoo.

Lyndsey Seewald is living out her dream as the head women’s basketball coach at Marian University in Fond du Lac after receiving educational achievements that include a BS in Psychology and a MA in Sport & Performance Psychology. Every day she goes to work with one thing in mind; how to create spaces for our student-athletes, staff, and faculty to seek and fulfill their dreams. The process is her main focus, trusting that the outcome will beautifully create itself.

Michael Rust is dedicated to conflict. By championing others in the resolution of disputes and speaking about the causes of conflict, he is a leader in the field of conflict resolution. Michael is the Executive Director of the Winnebago Conflict Resolution Center, Inc., a non-profit organization performing court connected and community mediation through the dedication of volunteer mediators performing nearly 500 mediations per year. He holds undergraduate degrees in Neuroscience and Psychology from Carthage College and a law degree from Marquette University Law School. After practicing litigation for several years, Michael left the private practice of law to focus on conflict resolution full-time.

Nabeel Quryshi is 17 years old and is a junior at the University School of Milwaukee. His award-winning research focuses on developing novel therapeutics to combat coronary artery disease and the detrimental effects of chemotherapy upon the cardiovascular system. In addition, his current research goals include creating and utilizing a novel mathematical model of the human cell. Aside from his passion for all things science, he is captain of the varsity tennis team, concertmaster of the school orchestra and founder and president of Harmonies for Health, a not for profit community performance ensemble designed to bring the gift of live music to residents of area nursing homes, assisted living communities and adult day centers. Nabeel is excited to share his love and passion for youth involvement in STEM-related fields with the TED community.

Regan A. R. Gurung, Ph.D. is the Ben J. and Joyce Rosenberg Professor of Human Development and Psychology at the University of Wisconsin, Green Bay. He was born and raised in Bombay, India, received a B.A. in psychology at Carleton College (MN), and a Masters and Ph.D. in social and personality psychology at the University of Washington (WA), and then spent three years at UCLA as a National Institute of Mental Health (NIMH) Research fellow. He has made over 100 presentations and given workshops nationally and internationally (e.g. Australia, India, Saudi Arabia, New Zealand).

Shawn Pollack is a local farmer, chef, and farm-to-table business owner. He spent years working as a television producer in Boston and San Diego, but eventually his passion for food brought him back to his family’s farm in Van Dyne. After becoming a classically-trained chef, Shawn spent the last six years resurrecting old, nearly extinct flavors from the fruits, vegetables, and animals he raises.

Thom Strizek has lived in Fond du Lac for all but the youngest years of his life, and had a blend of local public and private school education before dropping out of high school and pursuing being a polymath. He’s had many jobs from steel fabrication to cheese making, CNC operation, and his current career as a utility locator, which he’s held for 11 years. He spent six years volunteering as a leader in the local Cub Scout, Boy Scout, and Girl Scout groups to which his two children have belonged, and currently chairs an eponymous non-profit. He has more hobbies than his wife wishes he had, the largest of which are woodworking and design, but has also included computer repair, vehicle repair, writing, performing, reading, language, and tabletop role-playing, to name a few. 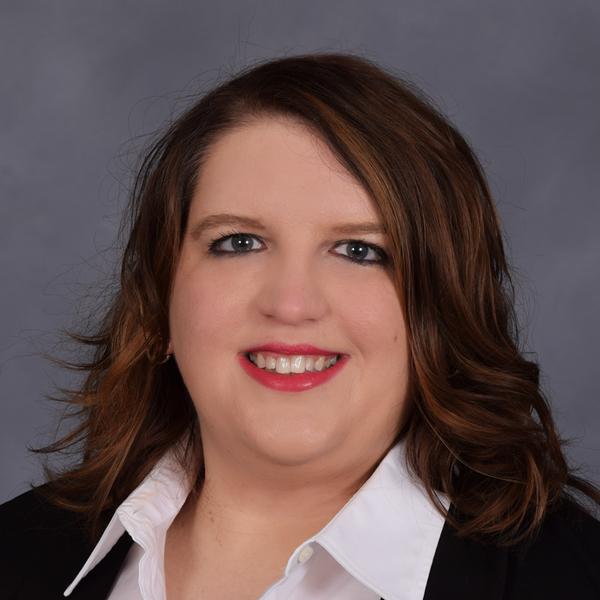