Originally hailing from Mexico, multi-instrumentalist, arranger, composer and educator, Ahau Marino has a style of music that draws from his love for world rhythms and classical singing. He’s continued his musical journey in Montreal performing collaborations with Mamselle Ruiz, Las Viejas, and other local groups. Ahau has performed jazz, afro, and latin music at the Montreal Jazz Festival, Francofolies, Nuit d’Afrique, and other festivals across Quebec and Canada.

Doina Precup splits her time between McGill University, where she co-directs the Reasoning and Learning Lab in the School of Computer Science, and DeepMind Montreal, where she is research team lead. She became a senior member of the AAAI in 2005, a Canada Research Chair in Machine Learning in 2016, and a Senior Fellow of CIFAR in 2017. In her talk, Dr. Precup discusses how computers learn, and why progress in this area is now bringing the next industrial revolution.

Dr. Jacques Balayla MD, MPH is a medical graduate from McGill University, where he is now a trainee in Obstetrics and Gynecology. Honoured by the Quebec Medical Association (QMA) as the “Emerging Medical Professional of 2015”, and by the Society for Maternal-Fetal Medicine as a “Quilligan Scholar”, Dr. Balayla is the primary investigator of “The Montreal Criteria for The Ethical Feasibility of Uterine Transplantation”, which have set an international standard when addressing the ethicality of uterine transplants. In keeping with the theme of this year’s TEDxMcGill, he will discuss how medical advances in the field of infertility have literally given a voice to the next generation.

Josh Freed is an award-winning Canadian documentary-maker and columnist based in Montreal. He will talk about the amazing amount of time we lose in queues - and how we can all get to The End of The Line.

Métis multidisciplinary artist Moe Clark is a nomadic songbird with wings woven from circle singing and spoken word. She’s directed and produced multiple intercultural collaborative events and in 2013, she directed the 10th Annual Canadian Festival of Spoken Word in Montreal, highlighting Indigenous languages. Moe has two albums of music, a bilingual book of poetry and multiple performance videos and awards.

Nina Segalowitz, who grew up in a mixed Jewish-Catholic household in Montreal after getting forcibly separated from her birth parents, and became a renowned performer of the Inuit vocal art after rediscovering her heritage.

Olivia Nuamah was named the Executive Director of Pride Toronto in February 2017 after having previously worked at the Atkinson Charitable Foundation, the Inner City Family Health Team, and with the British Prime Minister Tony Blair. As a respected community leader and activist for LGBTQ* rights, Nuamah does an admirable job of giving voice to members of marginalized communities.

Paul Albert-Lebrun is the co-founder and Head of the McGill Space Systems Group (MSSG). He co-founded the group in November of 2016 with the aim of creating McGill’s first group dedicated to not only space technology and engineering, but also to the development of space education within other faculties.

Philippe Meunier is the Co-Founder and Chief Creative Officer of Sid Lee, a Board Member for The One Club for Creativity, and Co-Founder and Chairman at Factry. Meunier has redefined the traditional advertising agency model by introducing the concept of Commercial Creativity™. A leading and recognized voice in Quebec for creative arts and innovation, he will discuss the ways in which one can amplify their creative voice.

Thomas Mueller is a Founding Director of the Canada Green Building Council (CaGBC) and became President & CEO of the Council in 2005. As Chief Executive, he leads the Council’s national green building strategy, programs and standards, along with advocacy and policy initiatives. Join us and Mueller this Saturday to reflect on how environmentally conscious architecture can give us a more sustainable future. 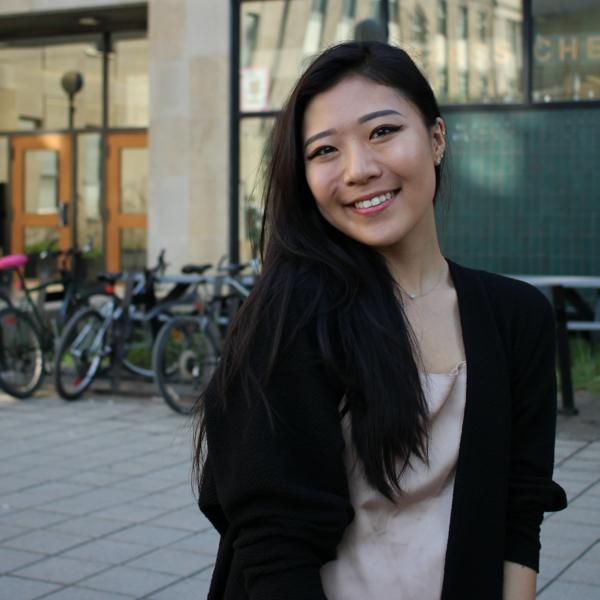