Farid Ben Salem, a Parisian father, likes to dip his finger into a bit of everything. He taught fencing for 25 years, head of projects, writer for magazines, an inventor but also a game writer. He also taught in Game Design and table games in Business schools and universities and also at Sciences Po. As if that were not enough, he also presents and animates a specialized game program. Farid is also a Game Designer,for hybrid or dematerialized table games. All of this serves his purpose : “To make games known for their greatness to the largest number possible”.

Gilles Raymond is a senior head engineer and head of projects in many different fields of activity, such as insurance and aeronautics. He is 44 years old, has a DEA in I.T. and artificial intelligence. He has always been a genuine player and explores all kinds of fun experiences : on-stage games, video games,paper role games, real size role games (GN), etc. Ten years ago, he moved to the other side and has been since organizing many GNs gathering a hundred or so participants. Now he is at the crossroad of his passion and has set up his own start-up that creates fun and immersive attractions. This means that he can use his technical know-how and his experience in the world of fun.

Jean Foyer, the former croupier is today a consultant for an on-line cards company. He is also an external consultant for a major group which deals with problems linked to internal management and communication. His unusual experience meant meeting the night world and mainly casinos. He worked for more than five years in the Parisian casino Aviation Club of France as a croupier. Jean is also very keen on karate and as a brown belt has been doing it for more than ten years.

Marie Beauchesne is what we call a “game changer”. She has always been a feminist and set up a ready-to-wear brand involved in feminism a year ago. Marie wants to change the rules of fashion by combining creativity and involvement. She believes that fashion is a good means to get the message through, and change the codes of beauty. Her brand is for all women, whether their waist line is 34 or 44.

Marie-Amélie Le Fur is one of the greatest champions of Handisport of her generation. Double gold medal at the Paralympic games at 2016 and currently co-president of the committee of athletes for France in the OG of 2024 with Teddy Riner ; she has been winning since the beginning of her career. Since the age of 6 she has been involved in athletics but at the age of 16, she had an accident that upset her career completely. A part of her left leg was amputated but she continued running. Thanks to a TV movie, her career exploded. Barely 28 years of age, this tri-color champion goes from prize to prize, with mainly 3 paralympics and 4 world titles. When not running Marie-Amélie Le Furis is the godmother of the Handivalides national event to integrate handicapped students on university campuses.

Nicolas Galita is a trainer in sourcing and social recruitment for Link Humans. He introduces himself as a “Hacker in Recruitment”. An entrepreneur and full of passion, Nicolas is involved in changing the world of recruitment, which, according to him, really needs innovation. This is why he has decided to work with Link Humans and change the traditional HR codes. He has set up the blog called “Les Sourceurs” to work on this passion as an open source approach. He has also elaborated a track that gives agents of recruitment new sourcing, involment and qualification techniques. For Nicolas, you have to be the best recruiter to recruit the best applicants.

Servane Barrault is a clinical psychologist and PhD lecturer at the University ‘François Rabelas’ in Tours. She is also a research professor and analyses the risks involved in addictive behaviour, based mainly on behavioral addictions. Having written many articles on the subject, she is presently researching on the behaviour of online players and also the motivation processes, emotional and cognitive, on people who play for chance and money.

Tiffany Breuvart is the director of ‘Gang of Paris’, an agency of personalities and tailor-made events organization. Passionate about literature, cinema and culture, Tiffany Breuvart decided to make it her job to transmit knowledge. Since 2014, she has been organizing evenings with the Gang of Paris where you meet well-known personalities and have inspiring talks and welcoming dinners. She is also the co-founder and artistic director of ‘Forum Cinéma et Littérature’ and set up a literature agency that adapts books to the movies. Tiffany has had a sound experience for many years in organizing cultural events.

Ugo Bibron, 27 years old, is a postman in the Paris environs. This drove him to make an electric bicycle. Then, by pure chance, he discovered the electric wheel or the ‘gyroroue’ and was immediately taken by the immense desire for a new way of moving round. He went to Amsterdam with friends and then he decided to go home to his parents in the Pyrenees by gyroroue. His trip was called “I’ll charge up at your place”, more than 1500 kilometers and was full of emotion. Now, it has become a genuine way of life. So what does he want to do now ? Conquer the world but never without his wheel !

Vincent Cespedes is undoubtely the most iconoclast of French philosophers : he has written fifteen books, mainly ‘L'Ambition ou l'épopée de soi’ and ‘Oser la jeunesse’ (Flammarion) ; he has developed an innovative way of humanistic thinking and gives conferences the world over. He has also created philosophical applications (Deepro, tests on human values), uses Video Facebook Live technology differently to make it into "direct philosophy" (Dream Tanks). He also writes music which is mainly played by the Moscow orchestra. So many fields of activity to discover thanks to his intellectual creativity and his keys to a world that is coming into being. 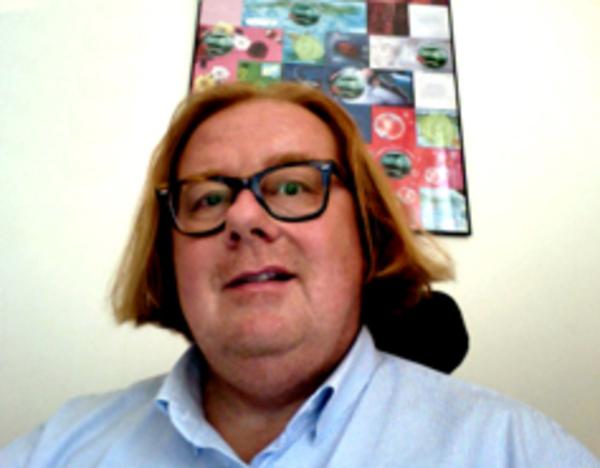 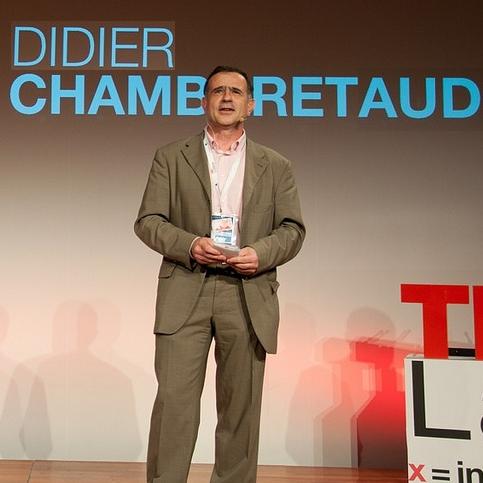