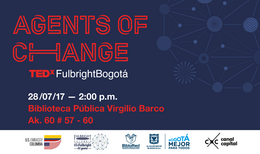 Professor of Film-Video and Media Studies at Penn State University

Alex Fattal is Professor of Film-Video and Media Studies at Penn State University and a documentary filmmaker. His academic and creative work focuses on the media sides of the Colombian armed conflict and the search for peace.

Brigitte Baptiste is a Colombian Fulbrighter, biologist and one of the greatest experts on environmental issues and biodiversity in Colombia. Brigitte has a Bachelor's Degree in biologist from the Javeriana University, she holds a master's degree in conservation and tropical development at Florida International University, thanks to a Fulbright Commission grant, and a Doctorate in Ecological Economics and Natural Resource Management at the Autonomous University of Barcelona.

Director of the Capi Baron Foundation

Born in the city of Bucaramanga, this woman belonging to the Wayüu ethnic group, has always been united to its roots. A marine biologist at the Jorge Tadeo Lozano University, she obtained her degree in 2007 and in 2009 she was selected to be part of the first group of Fulbright fellows of the afrodecendientes and indigenous communities. She completed herMaster's Degree in Marine Sciences at the University of South Florida in 2011. In 2015, in the face of the immediate and worrying need of his Wayüu community, especially the children, she created the Capi Barón Foundation, the Foundation tried to solve some chronic problems of their ethnicity such as malnutrition and lack of basic resources such as water, serving as a bridge to channel resources and donations that help mitigate some of these needs.

Colombian Director of the Institute for Integrated Transitions

Juanita was during 4 years coordinator of the Transitional Justice Group of the Office of the High Commissioner for Peace, participating as a member of the Government delegation in the Conversations in Cuba throughout the discussion on the point of victims and leading the Development of the Legal Framework for Peace. She is a lawyer and politologist from the University of the Andes, with a Master 's Degree in Law from Harvard University where she studied with a Fulbright grant.

President of the Board of Directors of the Global Forum for Media Development (GFMD). Ricardo Corredor is also the Executive Director of the Gabriel García Márquez Foundation for New Latin American Journalism (FNPI), a non-profit Latin American organization based in Cartagena, Colombia, founded and chaired by Nobel laureate Gabriel García Márquez. Corredor is a social communicator at Javeriana University, with a master's degree in arts, communication and development from The New School, where he studied with a Fulbright Grant. He has worked with the Ministry of National Education, the Avina Foundation and the News Agency for Children's Rights.

Officer of the Colombian Air Force

Rodrigo Mezú Mina is from Santander de Quilichao, Cauca. He is Officer of the Colombian Air Force and has been in the service of the institution for 18 years. In his academic training, he holds an undergraduate degree in Aeronautical Administration from the Aviation Military School and a Masters in International Studies with an emphasis on Conflict and Cooperation from Old Dominion University in Norfolk, Virginia. He was a member of the Technical Subcommittee for the End of the Conflict, a group of military and police officers in charge of designing with the FARC-EP the model of cease-fire and detachment of arms included in the Peace Agreement between the National Government and the guerrilla group. Currently, he carries out a promotion course to obtain the rank of Lieutenant Colonel and holds a Doctorate in Political Science from the Universidad de los Andes. He is father, son, husband, inveterate dreamer and tireless fighter. Life has led him to understand

Ryan Bart is currently a third year medical student in California, USA. Additionally, he is a magician who has been infusing wonder in audiences large and small for well over a decade. For Ryan, magic is not about fooling people; but rather, it is about demonstrating the limitless potential we all possess. He will amaze you with both his magic and his passion regarding his work with Magicians Without Borders that began during his Fulbright Scholarship year in Colombia. His work with Magicians Without Borders has taken him to the far corners of Colombia, India, and El Salvador where he uses magic to inspire hope in our world’s most forgotten people. Ryan’s long-term vision is to intertwine the art of magic and the science of medicine in order to assist others in leading happier, healthier, and more meaningful lives. 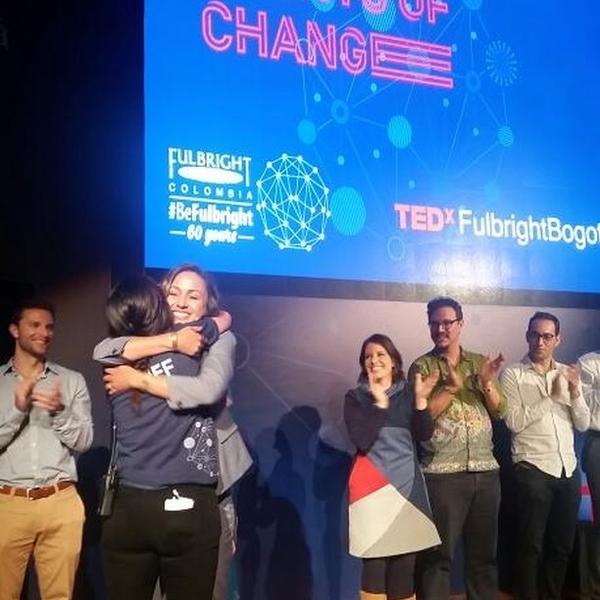