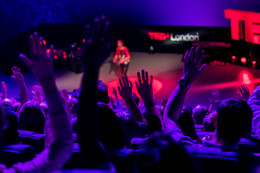 Photographers Jonathan Anderson and Edwin Low have been collaborating as Anderson & Low since 1990, and are known for bringing drama and mythic qualities to their wide-ranging work.

Reverie is a contemporary vocal ensemble, with particular expertise in presenting new music in creative and unusual formats. Founded by conductor Robbie Jacobs in 2012, the group has designed and curated choral installations for The Princess of Wales Glasshouse at Kew Gardens, the ‘Samuel Pepys: Plague, Fire and Revolution’ exhibition at the National Maritime Museum, and has performed at some of the finest concert halls in London and abroad, including King’s Place, St John’s Smith Square, and City Hall, Hong Kong. Reverie is committed to making new music accessible to a wide and diverse audience through engaging inventive programming, and its ongoing education work with young people across the UK. Reverie’s ‘The Rope and Glass Between Us – Pepys visits Pepys’ project was selected by Classical Music Magazine as their New Music pick of 2016.

Tamsin Waley-Cohen of the Albion quartet

Described by the Guardian as a performer of “fearless intensity”, young British violinist Tamsin Waley-Cohen is one of the ECHO Rising Stars of the 2016/17 season. The only British artist selected for the prestigious programme of the European Concert Halls Organisation, she will embark on a major tour to Europe’s foremost concert halls, including Musikverein in Vienna, Cité de la Musique in Paris, Concertgebouw in Amsterdam, Barbican in London and Philharmonie in Cologne. The tour will begin with her return to Birmingham Symphony Hall – the venue that nominated her for the programme. Her recital programme will include a new work by Oliver Knussen, written for Tamsin Waley-Cohen and commissioned by the ECHO Rising Stars programme. One of the Wigmore Hall’s “Emerging Artists” of the 2015/2016 season, she has already performed with major UK orchestras such as the Royal Philharmonic Orchestra and Bournemouth Symphony Orchestra, and this season will see her debut with the Hallé Orchestra, with whom she will perform the Tchaikovsky concerto with Stephen Bell. She will also make her debut with the Royal Liverpool Philharmonic Orchestra under Vasily Petrenko.

Zak Dowlatshahi and Harrison Cole are both young musicians, with bright futures. Zak has recently been in the cast for School of Rock, and of course has just taken his SATs, and Harrison is in a band ‘She’s 17’.

Abbie was inspired to pursue a career in science and engineering by the Beagle 2 Mars lander programme, and gained her Masters’ Degree in Mechanical Engineering in 2010 at the University of Surrey. Abbie joined Astrium at Stevenage, now Airbus Defence and Space, as a Mechanical Engineer in 2010, moving to the ExoMars rover team as a Spacecraft Structures Engineer in 2012. Now lead structures engineer for the Rover Vehicle, she coordinates a team of specialists in the design of the ExoMars Rover Vehicle Structure, and is responsible for aspects including Stress Analysis, Design Office, Materials and Processes, Testing, and Design support to Manufacture. Alongside her day job, Abbie takes on many STEM Education and Outreach roles, talking about the mission and her role to students and the wider public in order to promote engineering careers and the study of STEM subjects to the next generation.

Catherine Edsell FRGS is an adventurer and global expedition leader. An avid naturalist, she combines her passion for adventure and effective conservation through independent and collaborative expedition work in the most remote areas of the world.

Emily is an aspiring entrepreneur and scientific researcher. Though still at school, her interest in scientific innovation stretches back many years. In 2012, after Hurricane Sandy destroyed her cousin’s house, Emily built a wave generator inside a five-foot fish tank to test the efficacy of different shoreline barriers. She has supported children and families affected by the devastating disease Epidermolysis Bullosa (known as EB) which affects the skin. Her current research focuses on relieving the chronic itch from wounds suffered by EB children. Born and raised in and around New York City, Emily leverages her creativity, determination and self-discipline to build successful collaborations, while keeping her sense of humour and innate ability to never take no for an answer.

Four years ago, just as Creative Director Emma’s company was redesigning the Parkinson’s UK website, Emma was diagnosed herself with Young Onset Parkinson’s. She was aged just 29. Yet Emma has gone on to do more in those four years than she ever expected to achieve in a lifetime. Her journey has taken her from an unexpected diagnosis to winning CharityComm’s Inspiring Communicator of the Year Award 2015, featuring in a BBC television documentary and articles in magazines, such as Cosmopolitan, reaching out to other young women. Last year she published her first book ‘Dropping the P Bomb’ sharing her experiences of receiving the bombshell that was her Parkinson’s diagnosis.

Hugh Obtained a 1st Class degree in physiology and neuropharmacology before graduating from the Middlesex Hospital Medical School in 1987. He has a strong interest in the relationship between climate change and environmental damage, and human health and survival. He is a Greater London Authority ‘London Leader’ in this field. He founded the children’s education programme on climate change, Project Genie.

Jack grew up in North London. From as early has he can remember, he’s wanted to understand how the world works. He pursued his academic interests to the University of York where he studied English and Politics. In his final year, Jack’s life was almost snatched away from him in a catastrophic car accident. Following nine months at the Queen Elizabeth Foundation (QEF), a neurological rehabilitation centre in Surrey, Jack went on to complete his degree and wrote Battling a Brain Injury: the life that Jack built. The writing process enabled Jack to recover the belief that as long as you don’t take yourself too seriously, you can’t lose!

Jaspreet Kaur, better known as Behind the Netra for her poetry is a spoken word artist from East London. By day, she is a History teacher, with an academic background in both History and Gender Studies. Her work aims to tackle issues related to gender discrimination, mental health stigma, decolonisation and more. Over the last year she has performed at different shows all around the UK. Recently she performed at the NHS annual conference and spoke at TEDxUCLWomen. It’s been an incredible year for Behind the Netra, being in the national #thriveon advert with Idris Elba and working with the UN on the HeforShe campaign. The end of 2016 brought Behind the Netra the title of one of the Top 10 Inspirational Sikh Women in the UK. She has now been shortlisted for the Asian Women of the Year award by Women of the Future in the Arts and Culture category and a National Diversity Award for being a Positive Role model for her work in poetry and teaching.

John Sutherland is a father of three, who lives with his wife and children in south London. For the best part of twenty-five years, he has served as a Metropolitan Police officer. For the past three years, he has been writing a blog about policing and he has now finished his first book, ‘Blue: A Memoir’.

Matthew Shribman is a science and maths educator, specialising in education that inspires genuine curiosity and a long term love of learning for his students around the world. In his spare time, Matthew produces engaging science videos with a global reach of millions, on his Facebook and YouTube channel ‘Science In The Bath’. Besides his work in education, Matthew has written and produced songs featured by BBC Radio 1, NME, Guardian, Clash and 6Music.

Ndidi Okezi is an executive director of Teach First – the charity with a mission to end inequality in education by building a community of leaders who create change within classrooms, schools and throughout society.She believes in setting and achieving audacious goals that disrupt a negative status quo and create better life outcomes for children. A prolific speaker, she is passionate about identifying educational leaders that can help create a world where all children can realise their full potential.

International Fashion Designer Ozwald Boateng is Founder of the brand Ozwald Boateng – ‘Bespoke Couture Ltd’. He was recently awarded a honorary degree for ‘ An Outstanding Contribution to the clothing and Fashion industries’, Named as one of the Most Influential Londoners by the Evening Standard and awarded the Order of the British Empire (OBE) in the 2006 Queen’s New Year’s Honours. Ozwald Boateng also co founded Made In Africa Foundation, in 2011 alongside Kola Aluko and Atlantic Energy. The Foundation was set up to support and fund master plans and feasibility studies for transformational and large scale developments and infrastructure projects across the African continent, introduce a funding mechanism to assist successful businesses in Africa to transform their existing investments and prospects and give Africa Independence through development and infrastructure.

Ravi Gurumurthy is the Chief Innovation Officer and head of the Airbel Centre at the International Rescue Committee. The IRC works in over 30 countries helping people affected by conflict and disaster to survive, recover and gain control of their future. The purpose of the Airbel Centre is to design, test and drive the adoption of life-changing, scalable solutions for people affected by crisis. Prior to joining the IRC as Vice-President of Strategy and Innovation in 2013, Ravi spent 15 years in the U.K. Government, holding a number of senior roles in social, environmental and foreign policy. Most recently, he was Director of Strategy at the Department of Energy and Climate Change. From 2005-10, he was the Strategic Advisor and Speech Writer to David Miliband – playing a key role in shaping the Climate Change Act 2008, and in UK foreign policy. Ravi has also worked in local government and began his career at the think tank Demos.

Richard is a philosopher and urbanist based at Swansea University in the United Kingdom. Richard is known for his work on how the world’s cities are connected together through the networks that constitute globalization. A long standing critic of the concept of ‘global cities’ and the idea that global capitalism is a ‘system’ that is somehow commanded and controlled through the world’s leading business and financial centres; Richard has nevertheless argued that whilst we cannot ‘take back control’ as such, we can be confident in London’s continued success – even in light of ‘surprising’ events such as the 2008 financial crisis and the Brexit referendum – because of its unrivaled position in international networks.

Robbie Stamp is Chairman of Bioss International, a consultancy interested in decision making and human judgement particularly in relation to machine learning and AI. Way back when in 1995, Robbie was a Founder of The Digital Village with the late great Douglas Adams, author of the Hitchhiker’s Guide to the Galaxy. The Company created the Computer Game Starship Titanic and h2g2.com, the real “earth edition” of The Hitchhiker’s Guide to the Galaxy, which was sold to the BBC and subsequently bought back. So Robbie is now Chairman of Not Panicking Ltd, which owns the digital rights to the earth edition and is imagining a new future for “The Guide”.

Vanessa Van Edwards is an interpersonal intelligence expert and public speaker. Her behaviour research lab ‘The Science of People’ has been featured in Fast Company, Inc, Men’s Health, Forbes, and on Fox News. She is a monthly columnist for Entrepreneur; the leading instructor in people skills on Udemy and CreativeLive; and has led training sessions at a number of Fortune 500 companies around the world. She lives in Portland, Oregon. 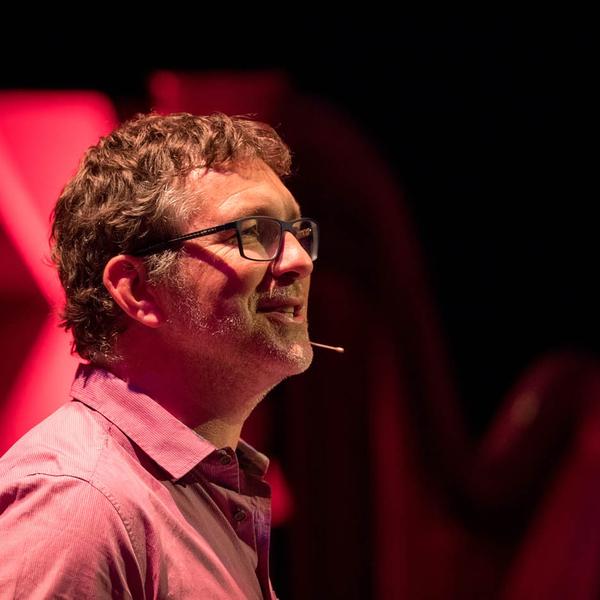