The theme ‘Decrypting Fantasy’ originates from the thought that although numerous notions seem intangible or unrealistic, they are in fact, viable or better still, palpable. Tales of the unseen encompasses grand areas of discussion, ranging from: the ‘big questions,’ abstract ideas, feelings, the future of Africa and the rest of the world, visionary projects, the feasibility of an ideal, analysis of historical events, to even seemingly mythological symbology. The unseen has a lot of potential; Perhaps, the only way to unravel it is speak of them.

This theme encourages speakers to delve into topics which question what we already know of, demonstrate original thought, but most importantly, give the audience new ideas to think and converse about.

This event is only open to students from The Aga Khan Academy, Mombasa

Julius Owino, known commonly for his stage name, Juliani, is a Kenyan Hip/hop and gospel artist famous for his hit tracks ‘Utawala’ and ‘Exponential Potential’. He started his career in 2006 and has since become the only Kenyan artist to be signed to a fully-fledged UK-based record label. Juliani is a UN goodwill Ambassador of Change, promoting farming amongst youth in Kenya. He works with the Youth in Nairobi’s slums, empowering them to pursue their musical talents by providing a platform for them to do so.

Alimohamed Jaffer is an ethical, ambitious, inquiring student at the Aga Khan Academy Mombasa. He is passionate about planes, medicine, and how and why things are the way they are. He enjoys working with various people who come from different cultures and backgrounds to inspire creativity and innovate creative solutions.

Anoush Alibhai is a conscientious and compassionate Grade 9 student at the Aga Khan Academy Mombasa. She is passionate about developing leadership and life skills in other young people. She believes that only when we have balance in all areas of our lives can be truly be successful and reach our full potential. This understanding has driven her to explore other venues of self-development beyond the academic and physical strands that schools normally focus on. Anoush appreciates the opportunity to use the TEDxYouth as a platform to spread her ideas and beliefs on living your dream!

My name is Aroha, I am 16 years old and a proud Kenyan citizen and I grow with a dream to see Kenya pure one day. I believe that my country can exist without any sort of discrimination, without corruption and I believe that we have the potential as well as the ability to grow a lot more. I believe in change starting with an individual and I use every chance I get to show the world what that change could be, by being the change I wish to see.

Arzoo Rajpar is an ambitious and passionate student at the Aga Khan Academy, Mombasa. She thinks of herself as an activist and strives to help her community in any way she can. She wishes to share what she has uncovered about her community in an attempt to raise awareness about a local issue and encourage others to join her to achieve the change that her community is in dire need of.

Bijou Mwaura is an African. She is constantly learning through her experiences and this contributes to her belief of a global society. She strives to empower others through the artistic technique of crochet.

I love creative thought, the idea of destiny and philosophy. In ‘Decrypting Fantasy’, I yearn to challenge the various ways we view our passions and ultimate destiny in society today. I love public speaking & debate, and get lost in visual arts, seeing the tales of the unseen.

Catherine Delight is very passionate about music and tries to uses her voice to make a change about current issues in our community.

Gulam Juma is a highly qualified senior executive with extensive and broad international experience in the private and non-profit sectors. He is currently the Director of External Affairs for the Aga Khan Academies, an agency of the Aga Khan Development Network (AKDN). For the past 22 years, Gulam has worked with AKDN. He also currently serves as a ‘Interim’ Chair on the Fairtrade International Board. He is Bilingual (English and French). Gulam’s experience includes strategic planning and tactical execution; coaching, mentoring and leadership development; re-engineering, reorganization and restructuring; corporate social responsibility implementation; instilling ethical frameworks within organizations; fundraising; financial stewardship and management; government, stakeholder and external relationships; private-public partnerships; governance and board development; and enhancement of civil society organizations.

Hatim M. Hassanali is a Toronto, Canada and Mombasa, Kenya based Canadian-Kenyan film cinematographer, producer, director and composer, making his feature film debut with the documentary 'Kazi Na Bidii'. Hatim began his career in film, directing, writing and shooting short films, documentaries, music videos and commercials both in Canada and internationally from the age of 15. Previously, Hatim worked for various advertising and production agencies, record labels and charities globally. Now he uses his media experience as CEO of Mara Moja Productions through which he makes valuable contributions to the Kenyan film industry. Hatim is passionate about causes that promote development, art and education in his community.

Ilham Mwema considers herself ambitious, curious,motivated and creative she loves new challenges and wishes to share her ideas and point of view with everyone, her main aim is to positively impact others and make them see any posibilities they hadn't known before.

Iman believes that every person, no matter how insignificant they may think themselves in the grand scheme of things, has an impact on other lives and must recognize that they still exist despite the vastness and complexity of the universe. She believes that the arts are the only way to communicate things such as this; as they are doorways to truths that we cannot see with our own eyes but that are very much real.

Naheed Hirji is tapping into the power of the internet to change lives. Based in Nairobi, he is the Head of Growth and Mobile Partnerships at Facebook where he is growing internet penetration in Eastern and Southern Africa. Naheed holds a Bachelors in Applied Science, Systems Design Engineering and Economics from the University of Waterloo. He has vast experience in telecommunications, mobile applications, and product management. He uses his experience and knowledge in the technology sector to make a difference in people’s lives by creating access. On 14th January, 2017, Naheed will share his insights on “How to grow internet in Africa” at TEDxYouth@AKAMombasa."

Meet Navaz Alani. His friends say he doesn't have a girlfriend because he can't love her more than he loves physics! He has an unquenchable thirst for knowledge which has led him to do multitudes of research on the topic of time travel. He lives by the saying, "If you can't explain it simply enough, then you simply don't understand it well enough." He is set to blow your mind by proving to you that time travel is not only possible, but also accomplished (to an extent)!

Nicole Ngigi is a energetic and deeply spirited individual who believes in the profound impact of mental wealth and soundness. Her goal is to break stereotypes on meditation and encourage people to take time away from crowds, electronics and overthinking to just be. To establish a culture of self value and love hence nurture mental health.

Pragya is an ambitious, passionate and resolute student at the Aga Khan Academy, Mombasa. Being associated with TEDx events started off with her initial engagement as a member of the audience in 2015 in an inaugural TEDx at Pathways World School, Aravali, India which left a lasting impression in her young mind. She has a deep love for dancing and would like to broaden her experiences by performing at TEDxYouth@AKAMombasa. Pragya finds refuge through dance, she is able to communicate through the art form and would like to share her love for it with anyone who is willing to enjoy it.

Sabrina Turonshoeva is an ambitious, determined and passionate person student at the Aga Khan Academy Mombasa. She loves learning about current events, solving problems and the global political system. Sabrina is also a very avid dancer, she performs on multiple occasions and at several events, in an aim to enable herself to express her emotions, feelings, thoughts and love for the art form.

Sadiq considers himself to be a positive-minded, hardworking and innovative individual who is motivated by new challenges and is passionate about working wholeheartedly in a collaborative environment. From being writer, edition and starring in his very own comedy YouTube channel where he creates contemporary content to educate and entertain the 21st century youth, producing music that stretches genres which has been featured in various international projects such as last year's official YouTube Pokémon Go video, to being the current senior editor, photographer and videographer of AKAM's newsletter, he has truly shown his hunger for literacy and making a positive impact in the world through his expertise. Sadiq is extremely fascinated about journalism and social media and how the power of the internet has made the modern world a "Global village".

Samara Nassor is an ambitious inquirer! Her exceptional ability to challenge notions, concepts and ideas allows her to be more open-minded and reflective about the world. She seeks to explore the concept of curiosity as she feels that it is an intrinsic and fundamental part of every human’s life.

Popularly known as ‘Kuki’. Shehzana Anwar holds a Bachelor of Arts in Psychology from the United States International University and worked briefly in Human Resources after that. She loves sports and in particular archery which she’s been actively involved in since 2002, and representing Kenya internationally since 2005. Her talent, hard work and passion for the sport made her the first East African to ever compete as an Archer in the Olympic games, representing Kenya in ‘Rio 2016’ where she was the nation’s flagbearer. Today she is one of only 2 qualified beginner Archery coaches as well as the only coach trainer candidate in Kenya. Shehzana hopes to promote Archery as a sport in the country and believes as far as her achievements are concerned her journey has only began.

Simran Khataw is an Aga Khan Academy, Mombasa student with an idea to PLANT in your head, ready to GROW with you on this journey. She has been interested in growing her own food and believes that she can encourage you to do so as well, not to mention the added benefits to you and the environment. Simran has a passion for protecting the environment, and she hopes to inspire more people to do so as well in their own little way.

Tablina Mavlonazarova is an ambitious, creative and innovative teenager studying in Aga Khan Academy Mombasa who wishes to share her thoughts and opinions with the world. Her goal is deliver an event that will have a great impact on people and their mentality.

Zoya Mohsin's passion lies within her interest of the natural world. She believes in environmental justice for all. Zoya thinks that all youth need to take back their future, and have a much greater say in them. Her goal is to remind youth that the future is today. Conservation is at the forefront of her goal and wants everyone to be-leaf in their future! 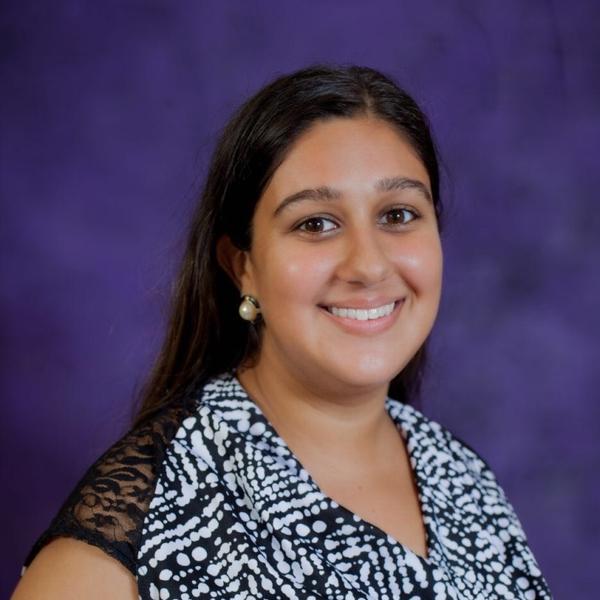 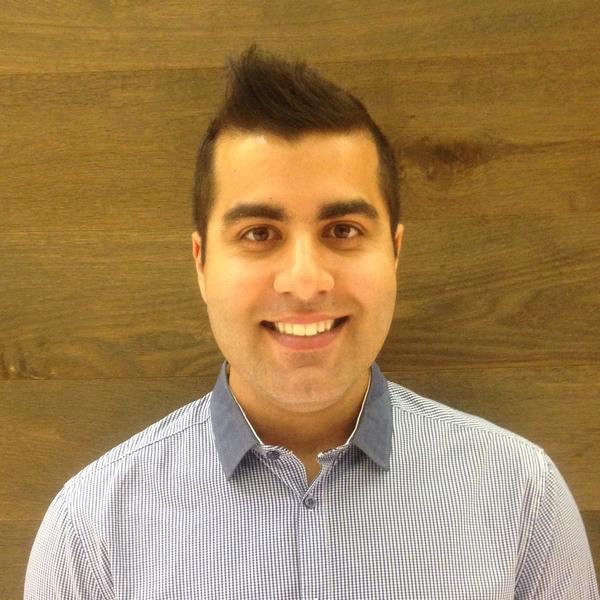