From wild wilderness to thriving metropolis, our community has developed a long way. But just how far and where is it headed? An evening of powerful talk to inspire minds and spark action. Come explore and learn with TEDxAbbotsford as local talent is enjoyed in the theme of TRAILBLAZING.

Danielle Arsenault, founder of Pachavega Living Foods Education digs in her toolbox of skills and passions, to hone in on fresh, gourmet, raw foods as a way to entertain, educate and inspire. She offers Nutrition and Lifestyle Coaching, Private Catering and is the creator of the 70-hour *Heal and Ignite* Raw Food Chef Certification Course. With a collection of mouth watering recipes, she has also co-authored 4 vegan, gluten-free and seasonal cookbooks released with Jessica Perlaza under the name the “Kitchens of Pinch and Dash”. With a bachelor’s degree in Theatre and an Education degree in the Masters of Teaching Program from the University of Calgary, she is a passionate Holistic Educator and wears many hats. Keeping busy as an avid rock climber, cave guide, colon hydrotherapist, and adventure seeker she has traveled to over 25 countries. Danielle is also a singer/songwriter and under her musical pseudonym, Mustache Fable, she released her debut ukulele-infused

SCSBC as a Director of Learning

Supporting educators in creating learning that is engaging, empowering is Darren’s driving motivation. In his leadership roles, he seeks to challenge educators to explore ideas that bring schools closer to best practice. Darren is committed to promoting learning that is built on meaningful relationships, is demanding and rigorous, and is engaging and relevant for the learner. He works with schools to intentionally develop learning experiences that are transformational and built on students participation. Previous to joining the staff at SCSBC as a Director of Learning, Darren worked at four schools in various positions including administration. In two of those schools, he built middle schools programs that are responsive to the developmental needs of adolescents.

A seasoned CEO, Dave Dinesen founded his first company, BackCheck, in 1997 and took it from startup to the largest background screening company in Canada and a leader in the UK. With over 500 employees in three countries, BackCheck served over 15,000 corporate customers and screened millions of people in Canada and the UK. A successful sale and merger with a larger US competitor, Sterling Infosystems, completed in 2012. The merged business was renamed Sterling BackCheck and Dave joined the executive team and ran the global business units for Canada, the UK, and Philippines. The company was sold again to Goldman Sachs in 2015 and Dave left the organization and founded WideOcean Strategies Ltd. a boutique venture capital and consulting firm. Dave lives in Cloverdale, BC with his wife and two sons and enjoys music, racquet sports, and boating along our fabulous West Coast.

JORY SMALLENBERG was born and raised in Abbotsford, British Columbia, Jory is a social entrepreneur, scholar, and difference maker in our community. Outside of our local community, Jory recently graduated from the University of British Columbia with the Governor General's Silver medal for top academic distinction in the Faculty of Arts. As she continues to pursue her Master of Arts in political science, she is an avid traveler and seeks to mobilize citizens in responding to the refugee crisis. Recently, this took her to Lesvos, Greece where she single-handedly processed first arrivals after the dangerous ocean crossing from Turkey. At UBC Jory facilitates a student movement to engage the community in the private sponsorship of refugees. All in all, Jory hopes to challenge social norms, promote empathy, and demonstrate that at any age and stage of life, successful trailblazing is possible.

Megha Tiwari, is a Program Manager who works with Microsoft. She has a strong passion for translating customer needs into product capabilities and for using design to communicate an idea. Megha's journey began in India where she completed her initial education and her dream of studying Aerospace Engineering landed her in Purdue University, USA. Her unconventional journey from an Aero Engineer to a technologist has surprised and inspired a lot of people around her. Megha strongly believes you need to find what you truly love to enjoy your career. Her mentees have found fulfilling roles in companies like Google, Amazon, Facebook etc. She has been a Change Driver for Microsoft's Diversity and Inclusion efforts and started the Women of Microsoft Vancouver initiative in Canada. She has contributed to many efforts including empowering the Women in Engineering program, speaking at Girls who Code, Skype in classroom program and teaching English at orphanages in Peru.

Paul Henczel is the Author of "Miracle in a Mill", and a speaker who lives in Abbotsford. Paul survived certain death to achieve what most would say was impossible. His obstacles have not stopped him from reaching his educational and professional goals, because he believes opportunities create stories and stories create opportunities. Paul is determined to bring awareness around the stigma of invisible injuries and disabilities. Paul uses his experiences from overcoming adversity and daily challenges to motivate and empower others.

Scott Mallory works with virtual reality, visual effects and 3D animation, video and sound art, filmmaking, sound design, and live instrumentation to create artwork that explores quantum physics and perception, and experimental music with jazz, electronic and rock. He participates in research for Leaning Out of Windows, a project designing models of “hybrid research” between artists and physicists at TRIUMF, Canada’s national particle physics lab, towards understanding the nature of reality. His video work showed at the TED2016 “Dream” Conference, the Biennial Foundation Annual Reception for the Venice Biennale 57 Opening/Press Week, and his sound work accompanies a Mercury Space Capsule sculpture made of wood from Barack Obama’s inauguration platform in Smithsonian’s National Museum of African American History and Culture in Washington, D.C. He is the Founder and Lead Organizer of TEDxECUAD, a TED Conferences attendee, and media arts faculty at Emily Carr University of Art + Design.

Travis Klassen has been working within the framework of family enterprise for as long as he can remember. Travis entered his family’s third generation, fifty-year-old business at the age of thirteen and worked all the way up to become CEO at the age of thirty; under his leadership his family was recognized as the Family Enterprise of the Year Achievement award winner by the Canadian Association of Family Enterprise (Vancouver Chapter) and made the Profit 500 list of Canada’s fastest-growing companies. Travis has extensive tried & true, first hand experience with complicated issues such as succession, transition, family legacy, philanthropy and family mission/vision and is a certified family enterprise advisor.

Trevor and Stephanie Hoffmann and Standerwick

As a music director and performer, Trevor specializes in creating syntheses across classical and contemporary, electronic genres. Born and raised in Vancouver, there are few singers who understand and rock the local music scene like Stephanie Standerwick.

After completing his bachelors degree and teaching certification in 1996, Vijay began teaching in the Abbotsford school district as a Choral Instructor at Rick Hansen Secondary. In 2003, Vijay completed his masters degree in Educational Leadership with a focus on Administration through San Diego State University and went on to serve as the vice principal at Robert Bateman Secondary, W.J. Mouat Secondary, and Abbotsford's Integrated Arts School before being awarded a principalship at Abbotsford Traditional Middle School. Vijay accepted a position at MEI Schools as the Head of Schools effective February 2016 which involves leading all aspects of the organization including the learning experience from preschool to graduation. He has also helped establish Character Abbotsford and currently serves as the Board Chair. Vijay has been recognized twice as one of Abbotsford's Most Influential People by the Abbotsford News and has helped lead WJ Mouat Secondary and Character Abbotsford to bein 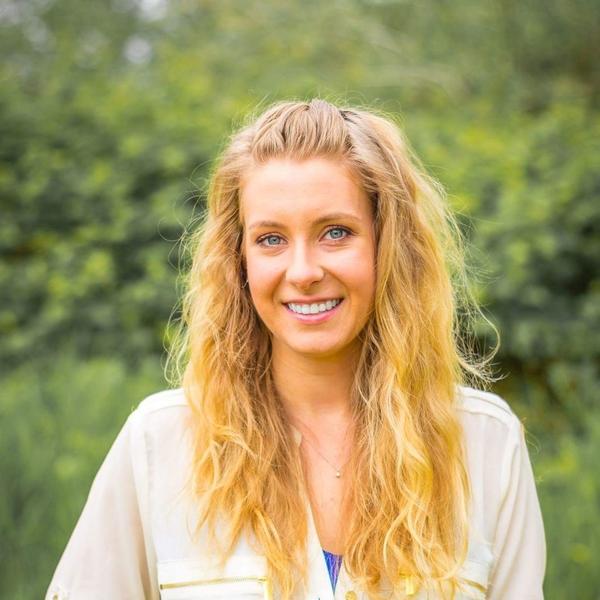