Folkestone is undergoing great change and events like today help to show the wider world exactly the sort of creative and inspirational talent that is linked to the town. TEDx gives a voice to the community and a platform for amazing ideas to flourish.

We’re so pleased to present a selection of what Folkestone has to offer. Thanks for coming and helping us make this possible!

We have curated a diverse group of inspirational speakers, largely from the local community and some from further afield, to form an exciting mix of talks looking at both local and national issues.

The theme for the event is ‘Pushing the Boundaries’ and we’d love you to help us share and further the discussion and ideas by sharing your thoughts, ideas and favourite talks via social media #pushingtheboundaries.

The event has been organised entirely by volunteers and made possible by the generosity of local businesses. It is a testament to the town that so many people have come together and given their time and skills freely to create TEDxFolkestone. Our sincere thanks to each and everyone involved.

Adam spent over a decade working with some of the world’s biggest brands on the front line of their digital transformation, understanding the changes in the modern consumer and helping businesses respond to them. He now uses this experience to better understand modern employees, setting up the Millennial Mindset, which examines changing employee behaviour and ways of working to help businesses bridge the ever-growing gap between the current workplace and the modern employee. Adam’s unique insight comes from his partnerships with Universities and top businesses, as well as consistently reviewing new research. His work has been referenced in Deloitte’s 2016 Global Millennial survey and he writes articles that have been read hundreds of thousands of times across the globe. He appears as a keynote speaker at global events and conferences, helping to spread his message of rethinking work for the modern world.

Adam Wilson is a business mentor, working mainly with SMEs in the creative sector. A large part of his role is helping entrepreneurs and business owners identify the psychological barriers and behaviours that are holding them back and introduce techniques to deal with these. Adam’s current position draws upon his previous work history. He began working life in the 1980’s as a solicitor for a top UK City law firm. He says his legal training helped him develop a critical eye; wonderful for detecting ‘nonsense’ when approached with a new business proposition. Adam left the legal profession in the 90’s to run the project finance division of a large industrial company, gaining valuable insight into the rudiments of management and organisational operations. In 2002 he was CEO of Marconi Finance when it set up Gamma Telecom to acquire a bankrupt telephone network. Gamma began to supply companies such as T Mobile and BT, going from 0 sales to the most profitable company in the UK telecoms industry. Adam’s business coaching focuses on a psychological approach, believing both hemispheres of the brain should be used in equal measure; the right ‘creative’ hemisphere and the left ‘logical’ hemisphere. Adam himself regularly meditates and is an advocate of the ‘Vedic Tradition’ – a system for understanding what it means to be human, believed to have originated in India some 4000 years ago. He balances this with competing in a variety of tarmac and off-road motorcycle competitions, as well as cooking and enjoying life with friends and family.

Founder of AM Marketing

Amy McManus has come from a laptop in her spare bedroom to owning a six-figure business in less than four years. The founder and MD of her own digital marketing agency based in Canterbury, Kent, Amy has worked with brands such as Holland and Barrett, Amazon and Harrods, but decided she wanted to dedicate her time to working with independent businesses. Amy values Earl Grey tea, honesty and trust and manages her business ethos to reflect this. She is a graduate of the University of Kent with a 1st BA in Philosophy and Sociology. Since its inception her company has been awarded Kent Marketing Business of the Year in 2015 and Amy herself has been a finalist for UK Young Digital Entrepreneur of the Year 2016 and the London and South-East IoD awards this year. She now focuses on providing high quality marketing with ‘bespoke devotion’ to her clients.

Arpad Cseh founded the Climate Opportunity Initiative in 2016 with the aim of transforming the priorities of political and economic decision makers so that they become the drivers of climate change instead of the obstacles to it. Often their priorities are controlled by short-term benefits and by self-interest, which is in conflict with the long term global nature of climate change. Arpad is also a portfolio manager at UBS Asset Management in the transportation, utilities, energy and social infrastructure sectors, where he has worked for the past 11 years; he has worked part time for the past year to dedicate time to the Climate Opportunity Initiative. Arpad has a MSc in Economics, is a member of the CFA Institute and is a Chartered Financial Analyst.

Catherine Dunn moved to Folkestone in 1981. Originally from Belgium, she studied law before moving across the channel to marry. She has three children, all of British nationality like their father. After divorcing, Catherine become a teacher, trainer and NLP (neuro-linguistic programming)/EFT (emotional freedom technique) practitioner. She loves to connect with people from different cultures and has friends from across the globe. She has found it difficult to witness the plights of the thousands of people who have fled the violence of Syria, considering the response of the European governments to be inappropriate. However she has also seen hope in the generosity of ordinary people and charities supporting the refugees arriving on European shores. Catherine feels that the outcome of the Brexit vote has highlighted that she is a foreigner in this country and made her question where her home truly is.

Chris Gage is a social entrepreneur and organisational development practitioner, with a background in community and engaged theatre practice. He is the Director of the Centre for Creativity and Innovation in Care, and Managing Director of Ladder to the Moon, a social enterprise that supports care services to be creative, vibrant places to work, live and visit. Chris decided to pioneer this approach in order to create the change that he wanted to see in the services used by his own Grandmother. Ladder to the Moon is internationally respected for developing cultures of innovation in care services that achieve significant business and regulatory results. Chris’ work and articles have featured on Channel 4, and across the care sector press. He has consulted in the USA and Australia, and speaks internationally. Chris was named Care Innovator of the Year in the Great British Care Awards (Greater London) 2013.

Emily Peasgood is passionate about music and believes in achieving your goals, however ‘ridiculous’ they may be. She is a composer and sound artist who wants to challenge the perception of what music should be. Her ‘bonkers’ music is created for galleries and public spaces; from intimate sound installations to large-scale community-led performances. Emily works to engage people in individual and inclusive experiences, exploring how music is valued and perceived. She frequently collaborates with a variety of other artists; from visual artists to writers and sign-language interpreters. A multi-disciplinary artist herself, Emily is also a freelance music journalist and the leader of BIGMOUTH Chorus and en Choir community choirs.

Jim Lockey is an artist, educator and runs the Mobile Comics Factory project. The MCF provides free comic book making workshops in public spaces, operating from a tricycle that has been converted into a mobile arts centre. Working primarily with children and teens, the project uses drawing and storytelling to awaken potential and give young people a voice in their communities. MCF travels to schools, youth clubs and parks to meet young people in their own space. MCF partners with Folkestone’s local artists, providing a dynamic library of comics and zines and allowing Folkestone’s amazing creative community to inspire the next generation.

Paul Brasington is a freelance business writer, communication consultant and musician. Whilst Paul has been writing since the age of five, he started his writing career after realising some way into a Cambridge PhD on nineteenth century lyric poetry that he didn’t want to be an academic. He says that he ‘blagged’ his way into business; working in-house and then for London ad agencies before turning freelance. He returned to the country life in Kent; giving his children the chance to ‘stretch their legs’. He is a fellow of both the Institute of Internal Communication, of which he was previously chairman, and a fellow of the Royal Society of Arts. He can also be found moonlighting as jazz-violinist!

London Born jazz vocalist Randolph Matthews fell in love with music when he was seven years old, listening to two tape players in his bedroom. He learnt to sing by imitating his mother singing as she cooked downstairs. However Randolph didn’t take up music as a career till he was 21; leaving work as a telecommunications engineer to follow his passion. In 2003 Randolph received an American scholarship to study voice movement therapy in Boston, Massachusetts. In 2004 he returned to London and has since worked in a voice development role with new artists at Sony music, performed with the likes of Grace Jones and Will I Am, and for Queen Elizabeth at Buckingham Palace. He had released two solo albums and has collaborated on various projects from dance music to film scores. Blues and Soul magazine have described him as “Uniquely Original” in his approach to music.

Dr Rebecca Pope is a Clinical Neuroscientist and a Senior Data Scientist who specialises in the use of artificial intelligence within healthcare and preventative medicine. Rebecca was the lead European data scientist for IBM Watson Health, and currently works within KPMG’s Healthcare Practice. Rebecca has published a number of academic research papers. Her post-doctoral research formed the basis of the 90-minute Channel 4 documentary ‘Drugs Live: Cannabis on Trial’. She has written several scientific commentaries in the Guardian, and is the recipient of National awards including: ‘The British Psychological Society Undergraduate Award’, ‘The International League Against Epilepsy Gowers Essay Award’ and The British Neuropsychiatry Association’s ‘Alwyn Lishman Prize’.

Director of Evolution for Women

Rebecca Robertson is the award-winning founder of Evolution for Women, a website dedicated to giving women professional financial advice. She is a regular media commentator on financial planning, appearing on BBC Radio Kent, in the Independents ‘Women in Finance’ and is a Huffington Post contributor. Rebecca is passionate about putting women firmly in control of their finances. Evolution for Women was set up by Rebecca as her many years in financial services continually highlighted the gap between men and women when it came to understanding and managing finances. Rebecca is also empowering women to take the lead in financial services (which is hugely male dominated) with all-female financial advisers growing and building their own successful businesses under the Evolution for Women brand. In addition, Rebecca is also developing a suite of tools and online programs designed for women to self manage their finances competently and successfully.

Simon Coleman is a Masonry Specialist and Conscious Entrepreneur with projects in the Construction, Technology and Media Industries. Being a five year cancer survivor, Simon is also passionate about ethical and locally grown food. 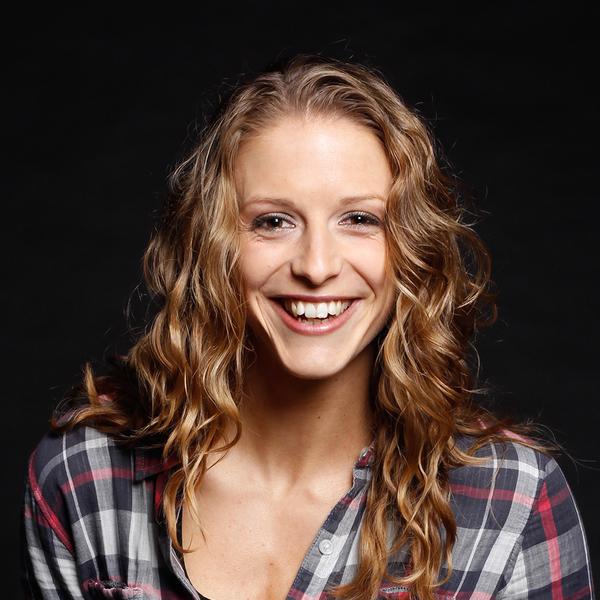