The 8th TEDxyouth@manchester conference promises to be our best yet. We have amazing speakers, stunning performances and a selection of talks from the inspirational TED archive.
The conference is hosted by The Fallibroome Academy and will be live streamed to the world. Do join us as we explore the theme of 'Identity' and link into the Global TEDxyouth conference schedule.

Maddie Travers and Nina Holland-Jones are students at Fallibroome Academy.

Tammas Slater and Ignacio Mana Mesas are students at Chetham’s School of Music in Manchester.

Ben Garrod is an evolutionary biologist, Teaching Fellow at Anglia Ruskin University and a BBC science presenter., recently appearing alongside Sir David Attenborough in ‘ Attenborough and the Giant Dinosaur’. He has recently completed his PhD in island primate evolution at the University College London and the Zoological Society of London. Ben is a primate specialist and has worked extensively with both African and Asian great apes. Ben is on the Board of Trustees for the Jane Goodall Institute - UK and is a Council member for the Primate Society of Great Britain.

On the 1st September 2015 I Ben began the most challenging and rewarding experiences of his life. He started a ‘World Record’ attempt which will saw him run 401 marathons in 401 consecutive days around 309 different locations of the UK mainland. The challenge aimed to raise both awareness of the issues of bullying in our society along with £250,000 for two amazing charities dedicated to tackling bullying. The two charities are called ‘Stonewall’ and ‘Kidscape’. Both these charities work tirelessly to support award winning initiatives which really get to the heart of bullying in our UK schools and society in all its forms. The £250,000 raised through generous donations from UK business’ and the public will help support both these charities carry on the amazing work they do.

Ellena Wilson is a student at Fallibroome Academy.

Kat is a writer, broadcaster and public speaker, appearing on the highly successful Naked Scientists for the past decade and producing & presenting the monthly Naked Genetics podcast, as well as co-presenting the weekly national BBC Radio 5Live Science show. Kat has written the well-received 5-star reviewed popular science book about genetics ' Herding Hemingway's Cats' published in January 2016. She holds a degree in natural sciences and a PhD in developmental biology from Cambridge University, followed by a post-doctoral study at Imperial College, London.

Nicola leads EDINA’s work in Digital Education which includes working with the University of Edinburgh, and with partner organisations and researchers across the UK, to develop new projects and innovative ideas, some of which go on to become fully fledged projects or services. She is also actively engaged in research in this area with work particularly focusing on social media and digital tracks and traces, particularly in relation to higher education teaching and learning. She is also interested in privacy, ethics and information security around social media and digital platforms. In October 2015 she was included in Jisc’s 50 most influential higher education (HE) professionals using social media in recognition of her previous and ongoing work in this area.

Sophie Baxter is a student at Poynton High School.

Internationally renowned singer, songwriter and producer Vanessa 'VV' Brown has enjoyed a stellar career in the music business, appearing on the David Letterman show in the USA and Later with Jools Holland three times. She recently established an ethical fashion business and is well placed to comment on issues of identity. Her forthright views have featured on BBC radio 4s Fourthought and her unique perspective will make for a fascinating TEDx talk. 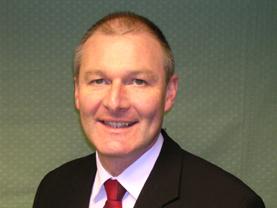