Is an explosion a destructive phenomenon, or does it actually leave behind what fuels new beginnings?

At the last stages of it's life, a star runs out of nuclear fuel and some of its mass flows into its core. Eventually, the core is so heavy that it cannot withstand its own gravitational force. The core collapses, which results in the giant explosion of a supernova.

The supernova does not last for a long time, but leaves behind the most beautiful aftermath ever witnessed. Also, after a supernova the remains of the star are scattered, distributing it's elements throughout the universe.

This begs the question: Are explosions actually deadly, or do they open up a world of possibilities?
We will leave that up to our speakers, as they show you what a phenomenon like the supernova means to them, and how, when or where they might have witnessed one.

This year we are bringing the supernova to our stage, and you are leaving the event with the impact...the change...the aftermath...

Esraa is a senior high-school student who first became widely known for a video she posted on her personal Facebook account, standing up for herself against people who don't respect her privacy on the streets.

Fariza has a passion for interior designing which she took as a career after her eldest son passed away. She used her job to help her through the sorrows she had been through as she transformed those sorrows into artistic products and opened a gallery giving it a unique name such as herself “Fariza”.

Mahmoud is a 20 year-old archeticture student at MIU. He is people oriented and makes it his life's mission to help others in whatever way he can. He cares about people's psychology wellbeing and sees that it's an aspect we should consider more when dealing with others.

Mai is not just a fine and applied arts graduate, she's also studying psychology and was passionate about the two enough to blend them together and pursue a career in art therapy. But even that wasn't enough, she wanted everyone to experience the beauty of art and focused on the visually impaired opening galleries that caters specifically to them. Her dream is to help people through art.

Mazen Mohsen is a 16 year old student who is a robotic systems and Computer science instructor. He is a top student in the world according to Goodwall ranking, author of Intermediate Electrical engineering book on Amazon and has his own start up. He's also the devloper of 3 courses on Memrise and a website. He finished more than 100 courses including CCNA and MCSA and he's a writer at Zeitgeist arabic. On top of that, he is learning 3 languages aside from Arabic and English, he is a certified cyber security engineer from Cybrary and he didn't even stop there he's also an MMA fighter and a translator at Coursera and TED.

Madam Nahla Farouk is a 49 years old mother of two daughters, Marina and Febronia, and works as a P.E teacher.

Ramy is a fresh business graduate from Misr International University, majoring in finance. He spent two years giving sessions through student activities in topics such as Economics and Philosophy. Known in his circle of friends as grandpa for his classical inclinations. His interests include movies, reading, photography and of course he has a passion for writing.

Sherif Galal is a self taught music producer, sound engineer and a lecturer of music production at GUC. He's a music industry professional and worked with almost all the bands/artists around the Middle East. 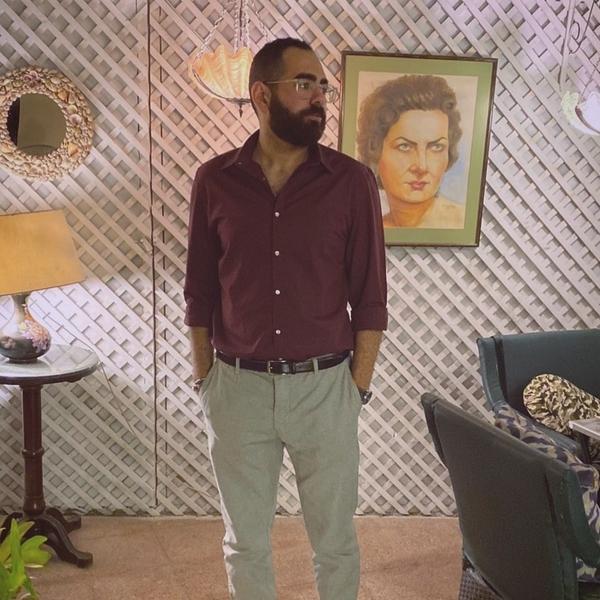