In a joint session of Congress in 1961, President John F. Kennedy said that before the end of the decade, the United States would put a man on the moon – a feat many thought was improbable and most thought was impossible. Yet on July 20, 1969, Apollo 11 commander Neil Armstrong stepped off the Lunar Module’s ladder and onto the moon’s surface.

From an early age we are told, “If you can believe it, you can achieve it.”

But as we get older, self-doubt creeps into our minds. What if no one supports me? What if it’s too hard? What if I am humiliated? What if I fail?

Rather than accepting these limiting beliefs, our speakers and performers have challenged the status quo and looked for new and better ways to impact our city.

What would you accomplish if you asked Why not? Why not now? Why not me?

Dare to see the POSSIBILITY.

Join us March 25, 2017 to hear ideas worth spreading and challenge yourself to see beyond what you CAN do to what you WILL do.

Anne Wright is the Execute Director of Firehouse Ministries. Firehouse Ministries works to provide homeless men with a caring environment that offers supportive services designed to break the cycle of homelessness and empower individuals to achieve. In 2016, Firehouse Ministries served over 5,000 homeless men, women, and children by serving 132,742 meals and provided shelter for 215 men a night. Wright is a Birmingham native who has deep commitment to raising awareness on issues related to systemic poverty in the South. Wright challenges citizens to think globally and act locally to address social issues in society. She is a sought after speaker and contributor to discussions on health and human services, housing, and poverty. Wright serves on several advisory committees addressing mental health issues, veteran’s issues, and homelessness. She lives by the philosophy that “No one is free when others are oppressed.” She is excited to see a new generation of leaders in Birmingham making it the place they dreamed of when they were young.

Brian Reaves is an author and award- winning illusionist and has been practicing magic for over 20 years. Reaves has won awards and accolades from fellow magicians and spectators alike. The International Brotherhood of Magicians (IBM) Ring 35 has named Reaves Magician of the Year in 2013, 2015, and 2016. Reaves now serves as the current president of the IBM Ring 35 Magic City Magic Club. In March 2016, Reaves became the Close-Up Champion at the Winter Carnival of Magic in Pigeon Forge. He is a highly sought-after motivational speaker with a magic touch that makes even the most difficult topic memorable. His parlor show has received rave reviews from audiences and was a sold-out show at Stardome Comedy Club in 2016. When Reaves isn’t performing, he spends his time writing. Reaves has written three novels. His most recent novel, Chase the Shadows, was published in 2011 and his newest novel, Doorways, will come out later this year.

Deidre Clark is a social entrepreneur, photographer, and the founder of Kuumba Community Arts. Founded in 2013, Kuumba Community Arts empowers youth to lead self-sufficient lives through art and design. Kuumba, which is Swahili for creativity, was birthed from Clark’s desire to provide young artists with a safe place to develop while gaining an introduction to the growing industry. The organization drives social change by establishing youth as paid professionals in a student-led design firm. Based in the Ensley community, students enrolled in the Teen Design Academy receive training from seasoned professionals in areas such as photography, graphic design, and screen-printing. Students have produced designs for clients such as Alabama Media Group, TEDxBirmingham, and WBHM. In 2015, Funding Emerging Art With Sustainable Tactics (FEAST) in conjunction with Birmingham Design Week recognized Kuumba for creating innovative learning opportunities.

Dunya Habash is a musician, filmmaker, and refugee advocate. The daughter of Syrian immigrants, Habash was born and raised in Birmingham. In August of 2014, she visited Zaatari Syrian Refugee Camp in Jordan to collect footage and conduct interviews for her documentary, Zaatari: Jordan’s Newest City. The film documents Zaatari’s growth since its establishment in 2012 with a focus on the resilience of the Syrian refugees living in the camp. In addition to directing the film, Habash also co-wrote the film’s music. Dunya was so influenced by her time in the camp that she pursued further study in refugee and forced migration studies at the University of Oxford in England. She is researching the conceptualization of refugee camps as “cities” and hopes to work with refugee communities throughout her career. Dunya is a 2016 graduate of Birmingham Southern College, a Rhodes Scholarship finalist, and recipient of the Dorothy G. Baker Campus Leadership Award.

Elizabeth Bevan is a turtle wrangler, award -winning marine biologist, and a graduate student at the University of Alabama at Birmingham. Bevan spent four years as a biologist for the private ecological consulting company, Ecological Associates Incorporated (EAI). In 2010, Bevan was one of EAI’s biologists sent to enhance the protection of sea turtle nests throughout the Gulf Coast in the wake of the Deepwater Horizon disaster. Bevan’s current research has generated six publications in a variety of ecological journals regarding the biology and conservation of sea turtles. Her research focuses on the endangered Kemp’s ridley sea turtle in the Gulf of Mexico, serving as a model for evaluating how climate change is affecting reproduction and sex ratios in a thermally sensitive endangered species. Bevan’s work is advancing the field by using cutting-edge technology to recover an endangered species, as well as exploring the Kemp’s ridley as an indicator species for the health of the Gulf of Mexico ecosystem.

Dr. Jayme Locke is an abdominal transplant surgeon and director of the Incompatible Kidney Transplant Program at the University of Alabama at Birmingham. Dr. Locke specializes in innovative strategies for the transplantation of incompatible organs, disparities in access to and outcomes after solid organ transplantation, and transplantation of HIV-infected end-stage patients. Dr. Locke also serves as coordinator of the UAB Kidney transplant chain and has helped UAB build a nationally recognized incompatible kidney transplant program with one of the longest kidney transplant chains in the US. In addition to being a National Institute of Health funded Investigator, Dr. Locke has authored 63 articles in peer-reviewed journals. Dr. Locke is an associate editor for Transplantation, and serves as a reviewer for several other leading journals. She is a member of numerous professional organizations including the American Society of Transplant Surgeons and is a current fellow of the American College of Surgeons.

Dr. Julian Maha is an emergency room doctor and the founder of KultureCity, an impact driven nonprofit that has applied a startup model to the nonprofit world. Dr. Maha founded KultureCity shortly after his son was diagnosed with autism to support children and families of autistic individuals. Founded in 2013, the Birmingham-based nonprofit inspires the community to create a world where all autistic individuals can be accepted, included, and fulfill their potential. KultureCity takes a unique approach to this mission by partnering with companies to create technology and events that support the growth, development, and experiences of autistic individuals. In 2015, KultureCity was named one of the Top 10 Nonprofits in the United States by Microsoft and named Nonprofit of the Year by Great Nonprofits. Dr. Maha is a sought-after speaker and consultant. He has spoken at numerous national and international conferences including Collision, Ignite, TEDxSarasota, and many more.

Lara Avsar is a Birmingham native and the founder of Her Little Story, a media company empowering girls by telling the stories of real women who are making significant contributions to society. Her Little Story introduces young girls to successful female role models so that each girl can recognize her own unlimited potential. Avsar graduated from Barnard College in 2011 and gives her alma mater credit for showing her the importance of female mentorship. Fittingly, the first book in the Her Little Story series, Not So Perfect Deb, is based on Barnard College past president, Debora Spar. Avsar is currently finishing her MBA at Harvard Business School as Her Little Story prepares to release the second book in the series. Avsar has traveled to over 40 countries, but says Birmingham still feels like home.

Maacah Davis is committed to maximizing creative and professional capacities. She is the creative director and editor-in-chief of Belladonna magazine, Birmingham's first fashion magazine. At the age of 19, Davis launched Belladonna to create a much-needed platform for Birmingham area talent. She also works to diversify fashion and photography by casting models who represent a wide range of the cultural and physical spectrum. Originally from West Africa, Davis moved to Birmingham and attended Alabama School of Fine Arts. Davis started the publication while attending the University of Alabama at Birmingham. Davis was one of eight students selected to launch a startup at the UAB iLab, a partnership between the Innovation Depot and Collat School of Business. She has been featured as a speaker for the A.G. Gaston Economic Empowerment Conference, Design Week Birmingham, and many other events that encourage innovation and female empowerment.

Dr. Michael Saag is a physician scientist and activist. Dr. Saag currently serves as the Director of the University of Alabama at Birmingham Center for AIDS Research. During his fellowship in Infectious Diseases, Dr. Saag conceived the concept of a comprehensive HIV outpatient clinic dedicated to the provision of comprehensive patient care. Over the last 25 years, the clinic has treated more than 9,000 patients and has become recognized as one of the best sites for clinical research and care in the United States. Dr. Saag has published over 300 articles in peer-reviewed journals, has been featured on National Public Radio, and was listed as one of the top ten cited HIV researchers by Science magazine. Dr. Saag has a host of honors and awards including the 2010 President’s Medal of UAB, the highest honor given at the institution. In 2014, Dr. Saag received the Castle-Connolly National Physician of the Year Award for Clinical Excellence.

Randall Woodfin is an attorney, public servant, and a proud product of both Birmingham City and Jefferson County schools. After graduating from Morehouse College, Woodfin returned to Birmingham and became active in public service. Woodfin worked for the Birmingham City Council, the Division of Youth Services, and the Jefferson County Committee on Economic Opportunity before earning a Juris Doctorate from the Cumberland School of Law. Woodfin went on to become the assistant attorney for the City of Birmingham. In addition to his civic work, Woodfin is also an education advocate who frequently visits his former middle school. He serves as an active member of the Birmingham Board of Education and served as president of the board from 2013 to 2015. Woodfin loves the can-do spirit found within Birmingham and is passionate about making Birmingham work for all its citizens.

Will Wright is the CEO and co-founder of Pack Health, a digital health-coaching company that offers one-on-one coaching and membership benefits to make being healthy easier and less costly. Headquartered in Birmingham, Pack Health strives to help people access the right care and develop the self- management skills needed to improve their well-being. Prior to co-founding Pack Health in 2013, Wright worked as a consultant for McKinsey and Company, where he specialized in advanced analytics and healthcare strategy for large insurance companies, health systems, and pharmaceutical companies. He received his Bachelor of Science in Biology from Harvard University and his Master of Business Administration and Master of Public Health from the University of California at Berkeley, where he received the Haas Public Service and Leadership award. 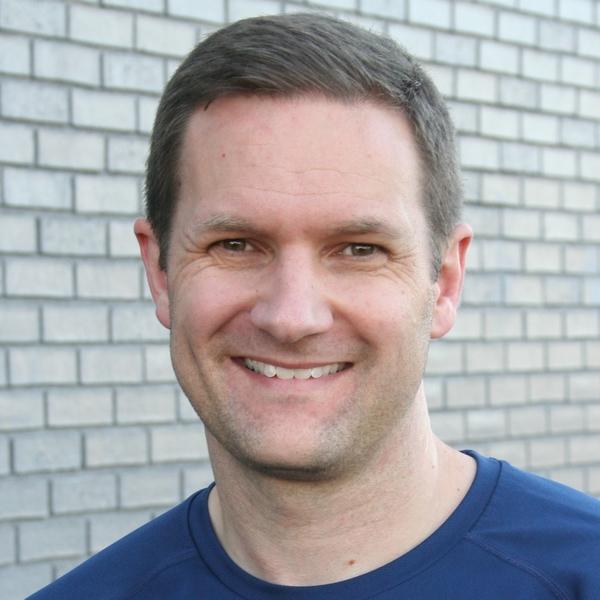 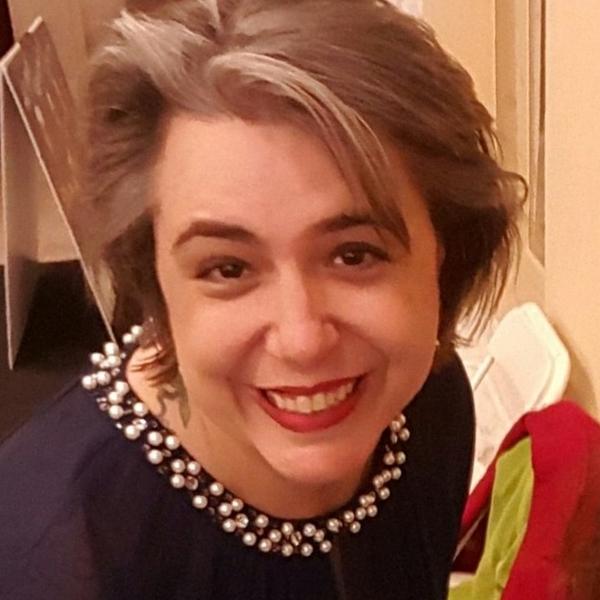