Alexis Lee Xin Tian is a NUS student and performance artist who wishes to share her narratives to impart awareness of personal issues dangerously shunned by society, like sexual assault.

Choon Beng has been with the National Parks Board since 1997, and believes living in nature brings out the best in people.

Debra is the co-founder of Society Staples, a social enterprise advocating for an inclusive future for Persons with Disabilities (PWDs). Through team building workshops, school programs and community events, they create conversations and shift people’s perspectives about PWDs and provide avenues for organisations to be more inclusive. From a young age, she witnessed the struggles, discrimination and inequalities her two brothers with autism faced. That set her off on a life-changing journey, combining her passion for sports with a cause she is deeply connected to. She was featured in Her World Singapore’s 55th anniversary edition as one of the 55 female millennials to watch and her enterprise has also won the President’s Challenge Social Enterprise Start-up of the Year 2015 and the ASEAN-China Start-up Young Entrepreneur Award 2015 among many other awards. Debra is also pursuing a degree in Psychology and Sociology at Singapore University of Social Sciences.

Evanturetime is the musical alias of Singaporean producer, Evan Low. The multi-instrumentalist wunderkind makes music and draws inspiration from items he encounters - be it an instrument or something more unusual like a tree branch. His talent lies in being able to mash all these sounds into one gooey satisfying pile of auditory narratives that converges and collapses together through analysis, mimicry and tough love. A Berklee College of Music graduate, Evanturetime has accomplished leaps and bounds in his young career, from producing and performing with artists such as iNCH, Linying and The Sam Willows, to composing for brands such as Adidas, Toyota and Lego, as well as audio engineering for international artists such as David Foster and Nathan East, to name a few.

Chief Technology Officer at Garuda Robotics, Jiin Joo and his team spend time away from simply providing aerial data capture and mapping services, to building new technology for these plantation managers and workers.

Kirsten Han is a Singaporean freelance journalist who often gravitates towards social justice and human rights issues wherever they may be. As someone who volunteers and is involved in various causes in Singapore – from the campaign to abolish capital punishment to labour rights to freedom of expression – Kirsten is most interested in social movements around the world and particularly in the growth of civil society in Singapore. When she writes about politics, she doesn’t just want to look at it as a game of thrones, but rather as something that has very real consequences on people’s lives.

Mr Liu Feng-Yuan is the Director of the Data Science Division in GovTech. He heads a multidisciplinary data science unit that harnesses data science to drive evidence-based public policy and improve public service delivery. The team has worked on data problems in healthcare, transportation, fraud detection and operations management, utilising techniques such as machine learning, graph analysis and data visualisation.

Luan Ee spent most of her professional career rising up the ranks of the PR and communications industry. Years later, a single question to herself sparked a complete career switch. A self-described "free-range human", Luan Ee now runs Kerbside Gourmet and also does parkour in her free time.

MARICELLE is an indie pop singer-songwriter, fresh off the launch of her first EP “Pursuit” and debut of her 5-piece live band at the Esplanade Annexe Studio. Her music features a blend of pop, contemporary R&B and UK pop-rock electronica. The vocals are bright and hypnotic, set against a backdrop of minimalistic sonic textures and atmospheric sounds, in music ranging from ethereal to anthemic.

Nor Lastrina Hamid, Co-Founder of Singapore Youth for Climate Action and #LepakInSG, both interest groups promoting climate action and the environmental movement in Singapore. She is also an NEA EcoFriend Awards 2016 Recipient. Through her experience, Lastrina seeks to empower the audience to be urban environmentalists and aims to raise awareness of the multiple dimensions of climate change, including human rights.

Saiful is a graduate student of SDI Academy, a Singapore-based social enterprise which seeks to empower migrant workers through teaching them English and computing skills. When Saiful arrived in Singapore five years ago, it was a very painful time in his life - he was doing back-breaking physical labour to support his family which had sold off their ancestral property to pay off a mountain of debt. Through sheer determination and hard-work, Saiful gained English proficiency and technical certifications. He constantly kept trying to improve himself, he used every opportunity to upskill and become better.

Dr Yau is a trained medical doctor and Chief Medical Officer at Holmusk, a digital health and data science company. His team develops and delivers an effective, engaging and scalable digital program (GlycoLeap) for people living with chronic diseases like diabetes. He believes that technology and artificial intelligence will transform the delivery of healthcare, to achieve better outcomes, reduced costs and improved patient experience.

Yang Long is currently a student from Tembusu College in the National University of Singapore. He has started and led several community projects since his junior college days. He shares some of the most important lessons he has learnt through these projects. 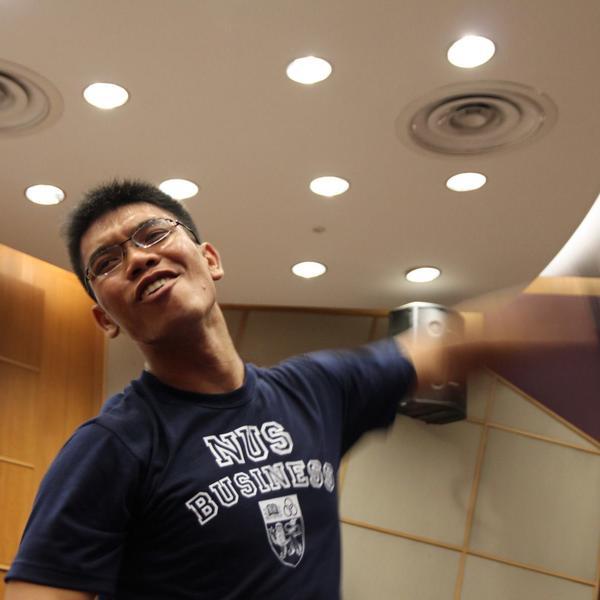 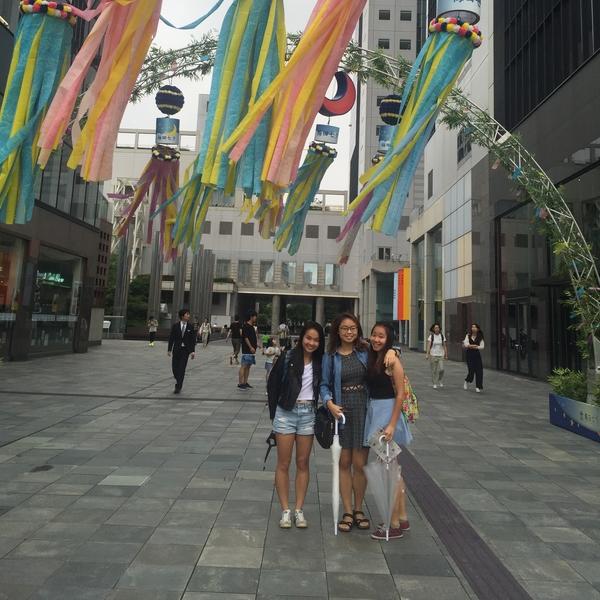