Theme: Past, Present and Future

The Vets
One Ave of the Arts
Providence, Rhode Island, 02903
United States

Adeene Denton is a scientist, historian, and dancer focused on approaching future planetary exploration from a scientific and humanistic perspective. She is currently completing her PhD in Planetary Science as a Presidential Fellow at Brown University; she also holds degrees in geophysics and history from Rice University. Her scientific research focuses on the geologic and climatic history of early Mars. When she is not analyzing Mars, she writes on everything from the history of geology and oceanography in the Cold War to the social and cultural implications of space travel. She is also involved in several projects aimed at building a more supportive environment for women and underrepresented groups in STEM at Brown and in the broader scientific community.

Amara Berry is an undergrad currently on a gap year from Brown University to expand and develop the Sparkle Program, an educational non-profit program she developed which teaches college-level STEM topics to elementary students across the Ocean State. In 3 years, the program's reach has expanded to almost 500 total students at locations across New England, with continued plans to close the STEM gap by reaching and teaching more scientists in kindergarten through middle school. The program focuses on concepts most vital to understanding Biology, Chemistry, Astrophysics and Quantum Mechanics, taking a hands-on and student-centered approach to equipping each participant with problem-solving skills for life.

Arnell Milhouse is a tech community influencer, cryptocurrency investor and co-founder of CareerDevs Computer Science Academy and IntraCity Geeks. Arnell is currently working on developing a pipeline of innovation-driven software developers and startup-entrepreneurs who will add tremendous value to their hiring companies or go on to launch disruptive moon-shot startups in Rhode Island. He is also the co-founder of the hackathons for the State of Rhode (HackRI) Island and the City of Providence (HackPVD). His non-profit teaches rigorous computer science at the K-12 level and has a mission to disrupt income-inequality for those in under-served and under-skilled communities.

Call Security is an alternative rock band based out of Providence, RI. The band blends a variety of influences into a signature sound which is at once both modern and vintage. Known for delivering a high energy show, the band is quickly gaining recognition for their unique talents as songwriters, musicians and performers. Vocals / Ben Scheibel Guitar / Peter Keller Drums / Tucker Jennings Bass / Tim Brown

Case Closed! was founded by Sokeo Ros in 2004 to promote the empowerment of youth through performing arts. They focus on the expansion of hip-hop dance and theater to the urban community, as well as other communities, transforming what could be negativity into creativity.

Cheryl W. Snead is the founder, President and CEO of Banneker Industries, Inc. a world-class provider of Supply Chain Management solutions, including product sourcing, value added warehousing and logistics services. A mechanical engineer by training, Ms. Snead has worked in Corporate America, small businesses and serves on various non-profit and for profit boards locally, regionally and nationally. She is a passionate, motivational speaker advocating youth, minority and women empowerment.

Christopher Johnson is a Providence-based performance artist, poet, educator and playwright. He uses these and other mediums to humanize the worst aspects of issues like race, incarceration, and mental illness. Christopher’s most recent works include Freedom Project with Everett Company Stage and School, Invisible UpSouth with Wilbury Theater and New and Dangerous Ideas which is currently in creation.

Colleen Daley Ndoye is the Executive Director of Project Weber/RENEW, a peer-driven organization providing street outreach, HIV prevention and testing, harm reduction, case management, and social support for sex workers and other high-risk populations, including transgender individuals. Colleen has dedicated her career to creating opportunities for individuals to succeed and grow through the peer-driven model, and building innovative partnerships in service of marginalized populations at the intersection of substance abuse, HIV, homelessness, and sex work. Concentrating on Africana Studies at NYU, Colleen loves traveling to Africa and lived in Nairobi after graduating. She is also involved with local efforts to mentor recent Congolese refugees in RI

Dr. Raymond Mis is a board certified gastroenterologist with a practice in Rhode Island. He has taught medicine at the New England College of Osteopathic Medicine and has been chief of the gastroenterology department at Kent County Memorial Hospital in Warwick RI where he also practices. In 1998, Dr. Mis lost a significant amount of his hearing and in 2001 was declared legally blind. In 2002, with the help of new technology, he became the first visually impaired gastroenterologist to be accredited by the State of RI to perform procedures.

Javier A Juarez (Candidate MA Brown University 18', BA Rhode Island College 17') is a research fellow at the Latino Policy Institute at Roger Williams University. Javier and his father came to Rhode Island 18 years ago from Peru with nothing but the clothes on their back looking for a better future. Javier serves as a community outreach member at CASO (Coalition of Advocates for student Opportunities), a non-profit organization that focuses on the betterment of undocumented and first-generation immigrant students in Rhode Island. Because of his efforts to raise awareness about the undocumented student struggle, Javier was awarded the Vital Contribution to the Community award in 2017 at Rhode Island College.

Kiara Butler is the CEO and Co-Founder of Diversity Talks, which provides K-12 school districts and higher education institutions with student-led professional development grounded in the cultural competencies of diversity, equity, and inclusion. Kiara is a strong advocate for student voice and because of her advocacy, she was awarded the Generation Citizen's Community Partnership Award at the Rhode Island State House this year. Today, she is a participant in The Lean Lab Incubator Fellowship and is expanding Diversity Talks to Kansas City, Missouri.

Lulu is an aesthetic entrepreneur, blending her love of community, female empowerment, and entrepreneurship. She is the founder and owner of Suite Tart, a West Side salon that blends old-school techniques with fashion forward aesthetics, and Providence Pin-Up, a vintage styling and photography studio. She has styled performance art for Liz Collins at the Institute for Contemporary Art in Boston and Dawn Kasper at the Whitney Museum, and has been the key artist for Lindsay Degen’s look books, videos and runway shows at New York Fashion Week. Lulu has performed at the Rhode Island School of Design Museum and is a frequent emcee for charity events like The Sojourner House and Rhode Island Pride.

Michael L. Littman is a Computer Science Professor at Brown University, studying machine learning and decision making under uncertainty. He is co-director of Brown's Humanity Centered Robotics Initiative, a Fellow of the Association for the Advancement of Artificial Intelligence, and has earned multiple awards for his teaching and research. An enthusiastic performer, Michael has had roles in numerous community theater productions and a TV commercial.

Paul Salem is a co-founder and senior managing director of Providence Equity Partners. Mr. Salem received a Master of Business Administration from Harvard Business School and a Bachelor of Arts from Brown University. Mr. Salem is chairman of the board of Year Up, a national non-profit focusing on closing the opportunity divide for urban young adults and a board member of Edesia Global Nutrition, a non-profit focusing on feeding severe acute malnourished children. Mr. Salem also serves on the advisory board for the Brown Institute of Brain Science (B.I.B.S).

Shannon Shallcross is a data-enthusiast who believes that data holds the key to solving healthcare’s toughest challenges. She has served as an executive in the insurance and health industries over the past decade and has advised a broad range of Fortune 500 clients. As the co-founder and CEO of BetaXAnalytics, her company uses the power of data “for good” to improve the cost, transparency and quality of healthcare.

Shawndell Burney-Speaks was born and raised in Providence, RI. She was educated in the Providence Public School system, and continued her educational studies at the Community College of Rhode Island and Roger Williams Universities - Adult Education Program. Shawndell has worked with inner city youth and their families for over 20 years. She has been Streetworker at the Institute for the Study and Practice of Nonviolence (ISPN), and a Coordinator for the Beloved Community Summer Jobs Program at ISPN. Shawndell established her first girls group with a group women at ISPN and then transitioned to after school programs and working with young ladies in both middle and high school in the Providence Public School system from 2009-2013. Shawndell also worked as an Intervention Specialist in the Providence Public School system where she helped significantly increase of graduation rate at Juanita Sanchez High School. Shawndell is a Certified Life Coach, and creator of S.Burney-Speaks Life, where she specializes in providing services for individuals and groups. Shawndell understands the daily struggles of those in her community. Shawndell and her family faced a major loss earlier this year, the loss of her son Devin on July 1st, 2017. Shawndell Burney-Speaks is committed to taking back her community, even with and maybe especially because of this recent and major loss.

The Eastern Medicine Singers are a traveling algonquin drum group who create new music and combines stories and culture into the drum experience. They do schools and arts and culture shows as well as musical performances. They also do cross culture musical pieces. The Eastern Medicine Singers are dedicated to keeping the eastern woodlands American Indian culture alive. The drum is made up of RI, NY, NJ & Southeastern Massachusetts Tribes. They sing and drum in the language of Massachuset & Wampanoag dialect.

Senator Whitehouse is a graduate of Yale University and the University of Virginia School of Law. Sheldon served as Rhode Island’s Director of Business Regulation under Governor Sundlun before being recommended by Senator Pell and nominated by President Bill Clinton to be Rhode Island’s United States Attorney in 1994. He was elected Attorney General of Rhode Island in 1998, a position in which he served until 2003. On November 7, 2006, Rhode Islanders elected Sheldon to the United States Senate, where he is a member of the Budget Committee; the Environment and Public Works Committee (EPW); the Judiciary Committee; the Health, Education, Labor, and Pensions Committee; and the Special Committee on Aging. He is the Ranking Member of the Judiciary Subcommittee on Crime and Terrorism and of the EPW Subcommittee on Oversight. 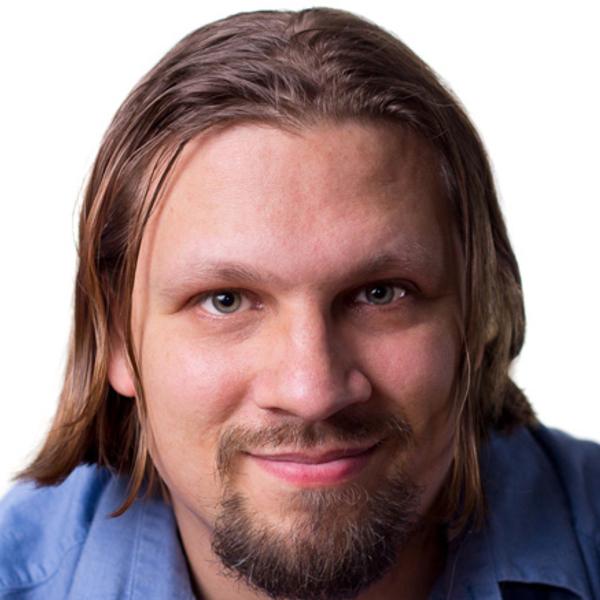