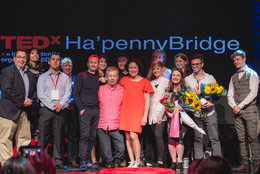 Dr Austin O’Carroll is a GP in Inner City Dublin. His passion is to improve access to Primary Healthcare for that one the margins of society. In 2009 he founded the North Dublin City GP Training Programme which is an international new initiative that seeks to train GPs to work in areas of deprivation and with marginalised groups. He founded Safetynet in 2005 whose focus is to provide access to marginalised groups to Primary Healthcare. He also co-founded the Partnership for Health Equity between the HSE Social Inclusion, NDCGP and University of Limerick. Dr Austin O’Carroll was presented with the Time and Tide Award for his work with Refugees, the Fiona Bradley Award, an honorary fellowship of the Royal College of Physicians of Ireland and Irish Healthcare Person of the year 2015 awards for his work with marginalised groups. He was affected by Thalidomide and has been a disability activist with Forum of People with Disabilities and lectured on Disability Awareness. An avid sailor, he represented Ireland at the Rio Paralympics in 2016 in Sailing.

Bernard O’Hehir is a mental health activist and volunteer with homelessness groups in Cork. After struggling with self-harm and suicide attempts throughout his teens and early 20’s Bernard left Sligo in 2010 to spend time in a rehab centre in Italy. He returned to Ireland where he began volunteering with Cork Penny Dinners and used his experiences with his own mental health to connect with homeless people living in Cork. This was a life changing experience for him as he realized he could share his own story and use it to help people experiencing similar thoughts and feelings. He now has his own group of volunteers who bring food and clothes to homeless people but most importantly they listen to their stories and share their own with them.

Bobby Healy is an experienced inventor and technology entrepreneur specialising in booking engine software. He joined CarTrawler in 2005 having begun his career building computer games for Nintendo at 16 years of age. Prior to joining CarTrawler, Bobby founded Eland Technologies which he later sold to airline technology giant SITA and remained as CTO until 2005. His booking solutions are now in use by 80% of the world’s top 20 airlines. Bobby continues to be an avid computer programmer and is a frequent speaker on the international circuit on subjects related to technology in the airline industry, ancillary revenue and online distribution.

Professor of Surgey in University College of Limerick

Professor Calvin Coffey holds a variety of medical positions, both academically and professionally. These are the following; Foundation Chair of Surgery, Professor of Surgery, Graduate Entry Medical School in the University of Limerick. Consultant Surgeon in Health Services Executive (HSE). Deputy Director, 4i Centre for Interventions in Inflammation, Infection and Immunity. Vice-Dean of postgraduate surgical education in RCSI for the mid-western region. Secretary of the Irish Association of Coloproctology. Council member of the Irish Hospital Counsultant’s Association and lastly, a James IV Travelling Fellow since 2011.

Catherine is a chartered civil engineer with Eriva. Her passions include promoting careers in science technology engineering and maths (STEM) and protecting our amazing environment. Always looking to learn and be challenged, she doesn’t let fear hold her back. Previous adventures include sailing around Ireland, reality tv, competing internationally in taekwondo (including on honeymoon) and a masters in mathematics. Catherine is married to Dean and they have two sons, Oscar and Noah. They all love reading, sport and the outdoors – especially the sea. Her talk will be about dealing with failure, how society and our own concepts can change. “What would you do if you knew you wouldn’t fail” Catherin wants to challenge the status quo of what it means to be successful, how she overcame what has devasted others and what we can all learn from a perspective shift.

Iseult Ward is the Co-founder and CEO of FoodCloud, an award-winning social enterprise that connects businesses with surplus food to charities. Foodcloud connects businesses with surplus food with charities who need them through an easy to use app. FoodCloud is used by over 1000 retailers and food industry partners and aids over 3600 charities and community partners. To date over 12 million meals have been redistributed in Ireland and the UK. She was named as one of Time Magazine’s ‘Next Generation Leaders’ in 2015, awarded RSPV Magazine’s ‘Businesswoman of the Month’, Marie Claire UK Future Shapers Award and funding in Virgin Media Business VOOM 2016 Competition, judged by Richard Branson, Sarah Blakely and Tyra Banks.

Joanna Fortune is a Clinical Psychotherapist and Attachment specialist specialising in child and adolescent Psychotherapy with over 15 years experience working with children and families. She is a Supervisor with Play Therapy International for over 8 years. She is also a Theraplay therapist, trainer and supervisor (World Theraplay Institute) and has trained in all areas of attachment work including the MIM (Marshak Interaction Method)/DDP (Developmental Dyadic Psychotherapy)/SSAP (Story Stem Assessment Profile)/CAI (Child Attachment Interview)/MBT (Mentalisation Based Therapy) with the Anna Freud Centre. She has served on a number of charity Boards including the Women’s Therapy centre and of Women’s Aid. As a mentor, clinician, well-established training consultant and guest speaker in her field, Joanna is also a regular contributor in the media on issues of child development, youth mental health, attachment and parenting. Joanna founde

He is also a Principal Investigator at the APC Microbiome Institute and was elected a Member of the Royal Irish Academy in 2017. He was a visiting fellow at the Dept Psychiatry, University of Melbourne, Australia, which was followed by postdoctoral fellowships at the University of Pennsylvania, Philadelphia, USA and The Scripps Research Institute, La Jolla, California. He spent four years at the Novartis Institutes for BioMedical Research in Basel Switzerland, as a LabHead prior to joining UCC in 2005. His current research is focused on understanding the interaction between brain, gut & microbiome and how it applies to stress, psychiatric and immune-related disorders at key time-windows across the lifespan. In 2017 he received a Research Mentor Award from the American Gastroenterology Association and the Tom Connor Distinguished Scientist Award from Neuroscience Ireland. He was a TEDMED speaker in 2014 and is currently President-elect of the European Behavioral Pharmacology Society.

Designer in Residence in IBM, Design Lead IBM + Lecturer in UX/UI in IADT

Lara Hanlon is a Designer based in Dublin, Ireland. She is passionate about delivering thoughtful user experiences and beautiful, innovative design solutions to complex problems. While much of Lara’s full-time career to date has involved designing for enterprise at IBM Studios, and lecturing at Dun Laoghaire Institute of Art, Design + Technology (IADT) – the institute that awarded her a BA (Hons) Degree in Visual Communications Design in 2013 – she is also interested in food innovation and sustainability. In 2013, she designed and developed éntomo – an online platform that encourages Western society to explore insects as food! éntomo challenges cultural taboos that are associated with eating insects – a food source that has been celebrated as a viable solution to feed a growing global population. Since its inception, éntomo has been awarded the New Star Award at Shenzhen Design Awards for Young Talents in China, organised in association with UNESCO Creative Cities Network

Founder at TheGreenPlan, Co-Founder of Grown

Neil McCabe, otherwise known as ‘The Green Fireman’ from Kilbarrack in North Dublin, founder of The GreenPlan, Co-founder of Grown and environmental activist. Is on a mission to empower national communities, at a local level. His ‘GreenPlan’ idea was quickly picked up by Dublin City Council and the European Union, McCabe travelled over and back to meetings in Brussels, Moscow and numerous other European Capitals. While still working as a fireman in Kilbarrack Firestation. A fellow of Ashoka Ireland in 2013. A worldwide network of leading social entrepreneurs providing system-changing solutions to global social challenges. Rather than leave problems like climate change to governments and politicians to solve. Co-Founder of Grown where the mission is to plant one tree for every t-shirt bought. and a member of the one percent for the planet organization which aims to give 1% of annual sales from all members, to helps environmental groups globally.

Sarah Doyle is the Co-Founder of The Better Life Project, a movement dedicated to helping people live happy, healthy, positive and confident lives. With oodles of infectious energy she is the “go to” life coach for anyone feeling stuck in a rut, lacking confidence, or struggling with low self-esteem and body image. Sarah passionately works to help inspire others to embrace the skin they are in and to feel, live, and be better She have been interviewed for The Irish Mirror, The Herald, Irish Country Magazine and written for the42.ie, A Lust for Life and many more. She was awarded the Best Newcomer in the Inner City Enterprise Award 2015 and has traveled across Dublin and the UK for motivational, success and body confidence events, including Wellfest 2015 and 2016. Sarah empowers people to dream big and helps them to back it up with actionable advice that will create results. Results that will lead to a better life. 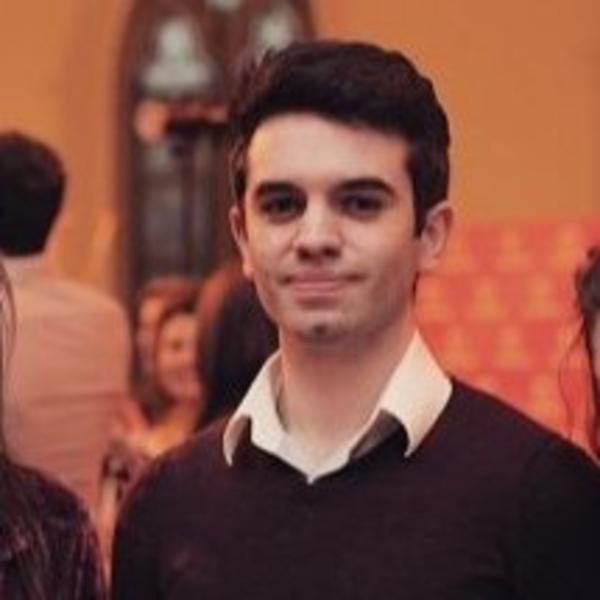 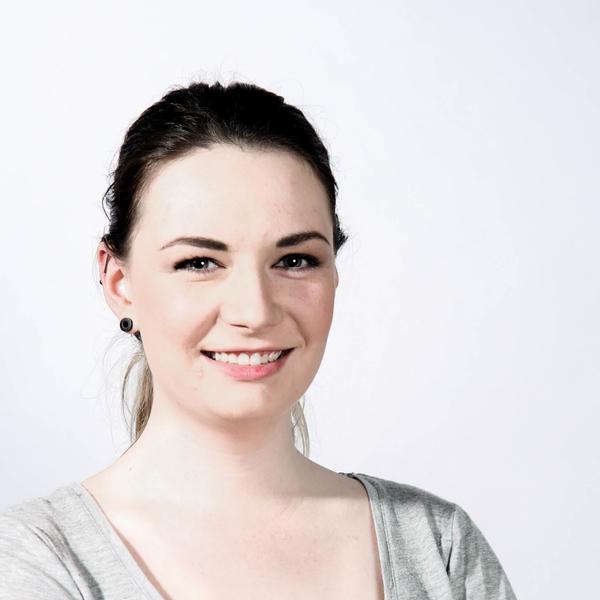