Theme: Be the change

TEDxChinggisCity is an independently organized TED event, operated under license from TED worldwide. It will be held under the theme of “Be the Change”, appealing youths residing in the rural areas to make a little positive changes in their surrounding. The six inspirational stories will be told during the event concerning positive changes in technology, public policy, art, science and business areas.

Baljinnyamyn Amarsaikhan (Mongolian: Балжиннямын Амарсайхан) is a Mongolian actor and producer, known for Thief of the Mind (2011) and Trapped Abroad (2014). Thief of the Mind (or Mind Thief) produced by Amarsaikhan and directed by Janchivdorj Sengedorj won the Grand Prix for Best Film in 2011 during the Mongolian 2012 Academy Awards with Amarsaikhan also winning the award for "Best Lead Role - Actor" during the same event. The film also won Best Supporting Role, Best Cinematography, Best Screenplay and Best Sound Editing. Amarsaikhan was honored for his "valuable commitment in the development of the Mongolian film industry" at the event.[1] He currently appears in Marco Polo, a television drama series about Marco Polo's early years in the court of Kublai Khan; Amarsaikhan plays Ariq Böke. The show premiered on Netflix in December 2014. The series is produced by The Weinstein Company.

Batchimeg Tuvshintugs (Mongolian: Түвшинтөгсийн Батчимэг, Tüvshintögsiin Batchimeg; born 3 May 1986) is a Mongolian chess player holding the titles of International Master (IM) and Woman Grandmaster (WGM). She represented the United States from 2005 to 2009. In 2016, Batchimeg was awarded the title State Honored Athlete of Mongolia. Batchimeg won the Mongolian Women's Chess Championship in 2011 and 2016. In team events, she has represented Mongolia in the Women's Chess Olympiad in 2002, 2012, 2014 and 2016, Women's Asian Team Chess Championship in 2012 and 2016, and 2010 Asian Games. In 2006, Batchimeg competed in the U.S. Chess Championship, held on March 2–11 in San Diego, California. Here she scored 3½ points in the first five rounds against grandmasters (Alexander Fishbein, Yury Shulman, Boris Kreiman, Boris Gulko and Julio Becerra).Her performance in this event earned her a norm for both Woman Grandmaster and International Master titles.

Mr.Gantulga was born in Khentii province in 1987 as the youngest boy of his family. In the secondary school, he was served as leader of child participatory council. After that he had leaded many successful organizations and social campaigns aimed to make contributions to self-development of children and youth. After many years in leading social work, he was elected as the youngest member of Parliament as the result of Parliamentary election. He will only talk about his career management and secret of his success.

Founder of "Success of Chain" and "Achilles International Mongolia" NGO

Saranchuluun is the founder of the NGO, “Chain of Success.” She is currently teaching at Mongolian National University of Medical Science, School of Public Health. Saranchuluun holds a Bachelor’s and Master’s degree in social work from the Mongolian National University, a Master’s in public health from the Hebrew University of Jerusalem, and was a visiting scholar of social work at Columbia University in New York. She is now pursuing a PhD in social health at MNUMS. She started the group “Let’s Run Mongolia” on Facebook in April 2014 and has been successfully organizing a run every weekend which encourages people of all ages and abilities to run and exercise. In June 2014, Saranchuluun organized Mongolia’s first public running event that welcomed people with disabilities. Her further research interests are social health, healthy behavior, public influence, human rights and ethics.

Between the years of 1993-2002 Ulziitogtokh worked as a screen writer. He won an amateur film making contest in Japan with his work “Friendship City Erdenet” as well as the Fisheye Film Festival in 2005. Ulziitogtokh worked in South Korea in 2005-2008. Since 2012 he has been working to restore Nogoon Nuur (Green Lake) in Denjiin 1000 ger district and develop a public park. 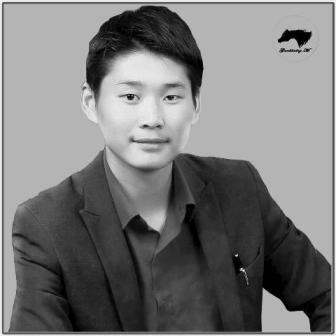