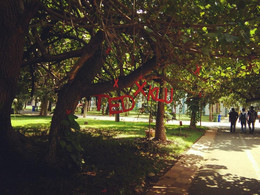 As young students and future citizens, we feel the responsibility and the need to create ourselves a space to explore, educate and empower. To make it all happen, We trust that TEDx is a great opportunity and platform that provides us the same or even more. And with high spirits and great enthusiasm TEDxKLU is beginning its journey with the theme 'EMERGE'.

Alkananda Bodapaty: Engineer, Fashion & Lifestyle blogger, Designer and Social media influencer A graduate in Computer Science, worked earlier at IBM Vizag. She is now a top fashion blogger in Andhra. She never stopped pursuing something she loved. In the year 2011 she started a group “Go Girlies” on Facebook which garnered over 35k affiliate members.That’s when she was inspired to start a fashion blog of her own. She met with an overwhelming success in her very first year of blogging and emerged as an influencer for various brands. She believes it’s only a stepping stone to push her way into the world of fashion. She is currently planning to expand her horizons at NIFT New Delhi. In her words the key to success is "Keep doing what you love".

Anup Kalbalia is a Sr. Tech Lead at Directi who leads CODECHEF, a global programming platform and a non-profit educational initiative. He has more than a decade of experience in building software products.He did his Bachelors of Engineering in Information Technology from IIT Kolkatta (now WBUT). He went on to do an Executive MS in Software Systems from BITS Pilani. Apart from being a Tech- savy, he is also a Marathon runner.

Turlapaty Kutumba Rao is an Indian journalist and orator, known for his service to journalism in Telugu language. He is reported to have written over 4000 biographies and delivered over 16000 public speeches which has been recorded by the Telugu Book of Records as a world record. He is a former secretary to T. Prakasham, former Chief Minister of the state and is known to have mooted the idea of demarcating states on the basis of language when India became independent. He has received awards and honours such as the International Man of the year, World Lifetime achievement award and the National Citizen Award.

Ravi Sreedharan is an Engineer from IIT-BHU (1985) and an MBA from IIM Ahmedabad (1988).Ravi has worked for 24 years in the Corporate Sector most of which was at HSBC. At HSBC, Ravi has worked as the Regional Marketing Head for Middle East and Africa, Head of Consumer Products for Asia Pacific, Consumer Banking Head of Indonesia, CEO and President Director of Bank Ekonomi (a local bank in Indonesia that was acquired by HSBC). He quit his corporate career and switched to the social sector 5 years ago with Azim Premji Foundation where he was the Head of Education Leadership & Management. Besides Leadership and Management for the Social Sector, his other big areas of passion are Early Childhood Care and Education, Strengthening the Public Schooling System and Creating professional opportunities for youngsters from less privileged families. "If we continue doing things the way we always have,we will have more of the same.If we want to drive sustainable change, we have to look at doing things differently."

Shruti Ahuja is the Director and Business Head-Renewable Energy at Ahuja Engineering Services (AES), Hyderabad, India. She is Responsible for day-to- day techno-commercial activities of the renewable energy department of AES. She is currently commercializing plug and play biogas technologies for large-scale kitchens to produce energy to directly substitute LPG. She also served as an engineer at AT & T Mobility, Atlanta, USA. " Trash To Treasure "

Sudharshan Angirekula is a graduate in Computer Sciences Engineering from Gitam College back in 2007.He was a Campus Recruitee and is with IT Industry from past 10 years working with MNC's in SAP Technology. The quest for doing something more and the passion of BYOB (Being Your Own Boss) paved his way for establishment of Centotech Services Pvt Ltd in Vijayawada. Centotech is focused on taking up Software projects from clients and based on the motto of becoming 'CENT'er Of 'TECH'nologies. He was always exposed to emerging technologies and his love towards Nativity originated the idea of MANAM, a social networking App for Telugu people. MANAM App concentrates on connecting Telugu people across the world with an emotion of " No Telugu person is alone with MANAM ". He is now the Director/Founder of CENTOTECH and Vice President at MANAM. " People do not buy what you do, they will buy why you do it " says Sudarshan.

Mandava Venkata Ratnam is a native of Ventrapragada village in Krishna District.He was born in a middle class farming family, but successive losses in cultivation led to many hardships. Though he has studied only till class X, Mr Ratnam designed the " JACKETED BOILER VESSELS" on his own, which play an important role in the making of ULAVACHARU which has changed his fortunes.

Dr. Vishal Indla was awarded the Silver Jubilee Award for being the topper in the MD Psychiatry exam at NIMHANS. He is the current President Elect Indian Psychiatric Society- AP State Chapter. He was the Chairman, Task Force on Young Psychiatrists Forum of Indian Psychiatric Society, for the year 2012-2014.He has also received the prestigious World Psychiatric Association Young Psychiatry Fellowship Award for the year 2007 at Melbourne, Australia. But when you look at him, all you can see is a cool and enthusiastic person.He is a Principal Investigator in many Phase II and Phase III Research trials in Psychiatry, dealing with Schizophrenia, Bipolar Disorder, Major Depressive Disorders, Child and Adolescent Psychiatric Disorders. He is currently working as the Director of VIMHANS Hospital,Shantivan Rehab and Indlas child care. "Be yourself, Everybody else is already taken". 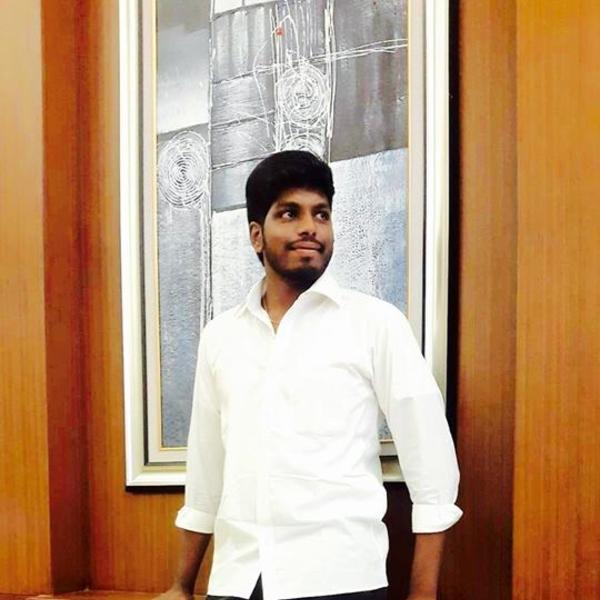