Theme: The Other Side 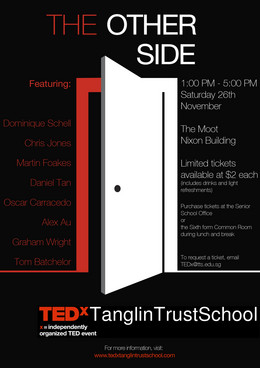 Open to interpretation, this theme was chosen to encourage different perspectives on seemingly one-dimensional topics.

Alex Au is a volunteer with Transient Workers Count Too (TWC2), currently holding the position of Treasurer. Accounting functions come under his supervision. In addition, he heads the organisation’s Communications team, leading a motley team of volunteers who develop content for the website and social media platforms, spanning text, video and photography. Other portfolios that Alex is responsible for include overseeing the social work team, which handles casework and outreach to worker communities, various computerisation projects within the organisation, and the development of policy ideas as part of TWC2’s advocacy mission.

Chris Jones, also known as ‘These Brittle Bones’, is both a final year student at Tanglin and a signed recording artist since 2013. With plans to study English at university level, Chris is concerned with current ease of access for the young to engage with the arts, and is troubled by the state of literary representation in what he feels has been a divisive year of xenophobia. His new single, ‘Healing’, is scheduled for release in early 2017.

Dominique Schell is currently a student at the Science Faculty of the University of Melbourne. Born in Switzerland, Dominique is 20 years old and is bilingual French – English. She moved to Singapore 8 years ago where she attended the French Lycee and then Tanglin Trust School. She passed her IB Diploma in 2014, achieving 43 points, and was awarded the headmaster’s award for Humility. In 2006, at the age of 10, Dominique was diagnosed with a rare form of bone cancer, osteosarcoma. Her journey since then has taught her how little is known about the world of cancer and children. In order to raise awareness, Dominique founded “Crutch4Sarcoma” in 2015. Its aim is to raise awareness and funds for childhood cancer.

Graham Wright holds both a Bachelors degree and PhD in biology from The University of Edinburgh. As the Head of the Microscopy Unit at the Institute of Medical Biology, A*STAR he oversees a core technology platform within which advanced light and electron microscopy techniques are applied to biomedical research – capturing images of everything from living human skin cells to the bacteria responsible for tuberculosis and other deadly diseases. Outside the laboratory he has featured as a judge on MediaCorp’s National Science Challenge TV show and had his microscopy images displayed on the big screen in Times Square, New York.

Martin Foakes has been designing and leading exciting school expeditions in South East Asia and the UK for more than 25 years. He is also an experienced mountain climber and cave explorer. After a modestly successful career as the fiddle player in a touring rockabilly band, Martin qualified as a Biology teacher. Throughout his career Martin has devoted his energy and passion to developing a holistic approach to Outdoor Education. His background in adventure, natural history and his curiosity for international cultures means that the Outdoor Education programs at Tanglin Trust School are framed with a profound sense of place. He has been described as one of the ‘movers and shakers’ in the world of Outdoor Education although he would say that that is a bit of an exaggeration! Martin has an understanding wife and at least three beautiful daughters.

Assistant Professor of the Department of Architecture at the National University

Oscar Carracedo is an Architect, Urbanist and Assistant Professor of the Department of Architecture at the National University of Singapore. He is the director of the DRIA-Designing Resilience in Asia International Programme and principal investigator of the InnerHoods Lab, where he develops his research on informal urbanism. His expertise also includes sustainable urban regeneration and development, with a special focus on developing countries. Prof. Carracedo is also the author of numerous books, and drawn on his research he has recently published ‘Ibid. In the same place’, about resilient renewal strategies for informal and low-income neighborhoods in Asia. In his more than 17 years of professional experience he has been responsible of a large number of masterplans, projects and consultancies in urban design, planning and architecture. He has won more that forty national and international competitions, and his work has been awarded and published nationally and internationally.

After 14 years working as a UK film distributor for Warner Bros and, more recently, The Walt Disney Company, Tom has recently relocated to Singapore. He now works as General Manager of Studio Entertainment for the company, overseeing marketing and distribution of all Disney cinema releases across South East Asia. 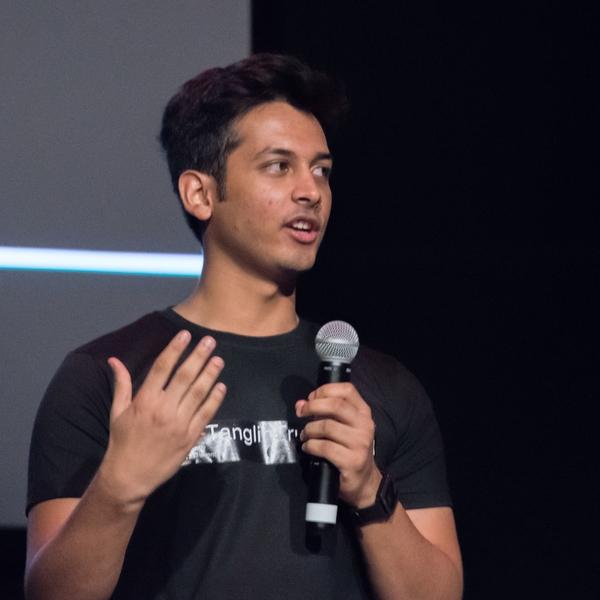 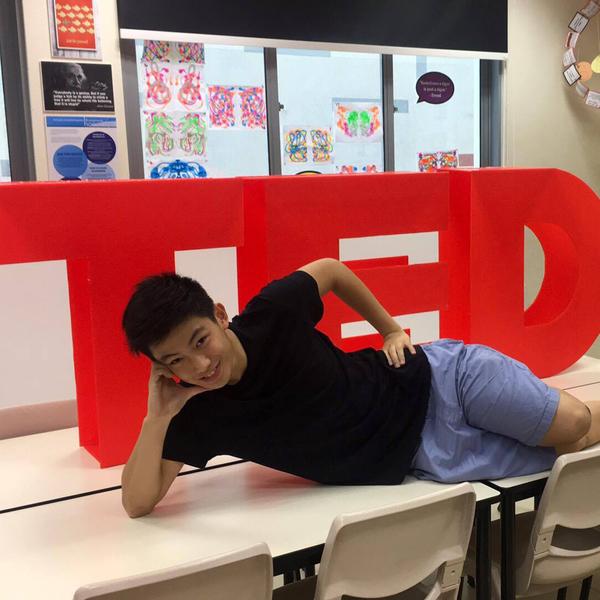