Ms Alice Mogwe is the Founder Director of Ditshwanelo, the Botswana Centre for Human Rights. Ditswanelo’s objective is the defense of human rights, in all its forms and mainly in Africa: it fights for political freedoms, abolishing the death penalty, minorities, women's rights and children, homosexuals, immigrants and refugees, deportees, of domestic workers. With a legal background, she served as a consultant to several international development agencies including UNICEF and has been active in the field of gender and development for many years. Amongst the foremost civil society leaders in Botswana, she is a recipient of several international awards recognising her work as a woman leader and promoter of human rights.

Baba Buntu is a community scholar, practitioner, consultant, lecturer and writer focusing primarily on African perspectives within education, leadership, culture and social/community empowerment. He is Founder and Executive Director of eBukhosini Solutions, a community-based consultancy company in Johannesburg. He is also a founder of The R.I.S.E. Project (artist development), Afuraka (cultural community development), SHABAKA – Men of Afrika (men’s programme) and Street Academy (empowerment of young entrepreneurs).

Donald Molosi is an award-winning international actor who has worked in Hollywood, and is the first Motswana on Broadway. He is also an author of several books, his latest titled: We Are All Blue. Donald is featured in A United Kingdom, opposite Golden Globe and Emmy award nominee David Oyelowo and Oscar nominee Rosamund Pike. The film depicts the marriage of Prince Seretse Khama and Ruth Williams in the 1940s and the uniting of the people of Botswana. He is also the founder of the Folk Tale Theatre Company, Botswana’s first professional theatre company that stages work both in Botswana and on Broadway, New York City.

An alumnus of the prestigious Forum for Growth and Innovation Center at the Harvard Business School (HBS), Ojomo works alongside colleague and mentor Professor Clay Christensen in their shared goal to discover, develop and disseminate robust and accessible theory in the areas of disruptive innovation and general management as it relates to economic development. Ojomo’s body of work will ultimately help entrepreneurs, policy makers and development practitioners spur prosperity in their regions. Specifically, Ojomo’s research examines how emerging markets in sub-Saharan Africa, Central and South America, and Asia can engender prosperity for their citizens by focusing on investments in market creating innovations, such as M-PESA, the mobile money transfer platform in Kenya. Ojomo graduated with honors from Vanderbilt University with a degree in computer engineering. He earned his MBA from Harvard Business School.

Fify is also a natural hair enthusiast, and since her journey began she's had numerous interviews on the matter, including a notable one with the BBC. She holds a degree is in Media Studies from the University of Botswana.

Fify is a portrait photographer specializing in custom portraiture for women and their loved ones. According to her, women oftentimes forget how captivating and valuable they are, and so through her imagery she reminds them of that. She believes that once a woman, or any person for that matter, recognizes their value then they will work harder for the life they desire, and have a positive impact on those around them. Fify is also a natural hair enthusiast, and since her journey began she's had numerous interviews on the matter, including a notable one with the BBC. She holds a degree is in Media Studies from the University of Botswana.

Gobonaone Modisane is the owner and managing director of Young Chefs Academy Botswana, a social enterprise that focuses on child development and uses cooking as a tool to equip children, including those with special needs, the underserved and orphans with life skills. Gobonane also host a TV show called Young Chefs @ Play on Botswana TV [BTV]. This is a kiddies cooking show that teaches children how to prepare simple dishes, nutrition, what food is and how it affect their bodies. She recently completed this year’s Mandela Washington Fellowship, President Obama’s prestigious flagship program for young African leaders. Gobonaone graduated from the University of Botswana in 2008, with a bachelor’s degree in Special Education.

Jabu Stone is an entrepreneur and author. He is an engineering graduate from UCT, but his passion is performing and promoting African arts and culture and natural hair care. His interest and love of the African hair care industry originates in 1980. Regarded in many circles as 'Mr Dreads', Jabu Stone is renowned for his dedication to the promotion of braids and dreadlocks among African people through his successful hair products. "After all", says Jabu Stone, "the African dreadlock style is the oldest hairstyle to be found on the African continent.

Kalima Mipata Started Dancing at the age of 13 as Hip hop and free style dancer for Buckville Donkeys then later formed his own dance group “This is Africa”. “T.I.A” took the dance industry by storm in 2009 as it featured in local and international acts at music festivals as well as music videos. It was 2010 while dancing for a talent competition that Kalima Mipata was spotted by Andrew Letso Kola, the Founder and Artistic Director of Mophato Dance Theatre. His love for African contemporary grew intensely as he performed his first contemporary production Hayani directed by South African Artistic Director Luyanda Sidiya in 2010. As a junior dancer in 2010 and 2011 Kalima Mipata pushed through dance barriers to feature in more productions to secure him a position as senior dancer in 2012.

Dr Kaone Panzirah-Mabaka is a Consultant Forensic Pathologist, a medical practitioner, death investigator and educator. He does consulting work for the Botswana government in medical-legal matters. His pioneering approach in fusing death investigation from a traditional African belief system whilst applying scientific techniques has been shared through numerous educational forums. He has presented in numerous conferences and participated in setting minimum standards of forensic medicine practice in Africa.

Kenneth Molosi is the Chief Executive Officer of EOH Consulting [Botswana], a leading local management consultancy, through his involvement in various consultancies. In his current capacity as the Chief Executive Officer (CEO) of EOH Consulting, Kenneth is responsible for developing new business, cultivating client relationships and project stewardship. He is also extensively involved in the development of business consulting, technology and outsourcing services within the firm. He has worked with and consulted to the leadership of public and private sector organizations in Botswana including Motor Vehicle Accident Fund, Department of Wildlife and National Parks, Botswana Life, Botswana Development Corporation, Botswana Telecommunications Corporation, Citizen Entrepreneurial Development Agency, Orange, Local Enterprise Authority, Botswana Unified Revenue Service and Department of Information Technology.

Nduduzo Makhathini is a jazz musician and an award winning pianist. Makhathini commands the sort of remarkable talent and thematic focus that posits him among an illustrious pantheon of forbears. Beyond his proven prowess as a brilliant pianist, Makhathini is also an astute producer with a sharp ear for harnessing the best possible sounds of other creative musicians. The successes of the records bears his contribution. This accounts for his award-winning pedigree. We count being Standard Bank Young Artist Award winner for 2015. Nduduzo Makhathini has seven albums to his name and won the South African Music Awards 2017 for Best Jazz Album. He is the first recipient of the British Academy Newton Advanced Fellowship Masters Scholarship. Makhathini is active as an educator too. He is head of the music department at Fort Hare University in the Eastern Cape. He is also studying towards his master’s degree with Stellenbosch University.

Born in Serowe, Botswana, Peggy Segaetsho is the 4th of 8 children born to Rebana and Thoromo Segaetsho. Born blind, Peggy’s parents played an important role in shaping how she came to see herself in the years to come, that she was no different to anyone else. Hard work and faith were the precepts that her parents instilled in her, which cemented a belief that she could achieve and become whatever she set her mind to, with the help of God. As a visually impaired person, Peggy developed a firm belief in her ability to overcome difficult circumstances. In addition, being exposed to disabilities of many other kinds, Peggy came to the life-affirming realization that her situation and her disability was far better than those many others had to face. With that she came to believe that she could face whatever was to come. There is no limit to what Peggy’s tenacity and faith have seen her through over the years. She became the first blind switchboard operator at Ministry of Health’s Medical Stores, a job she applied for (amidst great opposition) and assumed in 1983, to date. She has lived alone for the past 25 years, taking care of herself without any house help or live-in assistance. She has undertaken to build her own house, a great feat which is near completion. Peggy thoroughly enjoys “exciting” hobbies such as swimming, traveling outside of Botswana (oftentimes alone using public transportation), and has a great passion for lay-counselling and motivational speaking. Peggy Segaetsho is a woman who truly lives by faith and not by sight.

Rachel Nyaradzo Adams is the founder of Narachi Leadership, a leadership consultancy aimed at developing deep benches of leaders for the African continent. Frustrated by the constant criticism of poor leadership on the continent, and equipped with leadership training approaches from some of the best institutions known to the world, Rachel has merged her frustration with her expertise in leadership development to help leaders transform themselves and their environments. In this work she offers her expertise as a leadership practitioner, ontological coach, mentor and speaker. 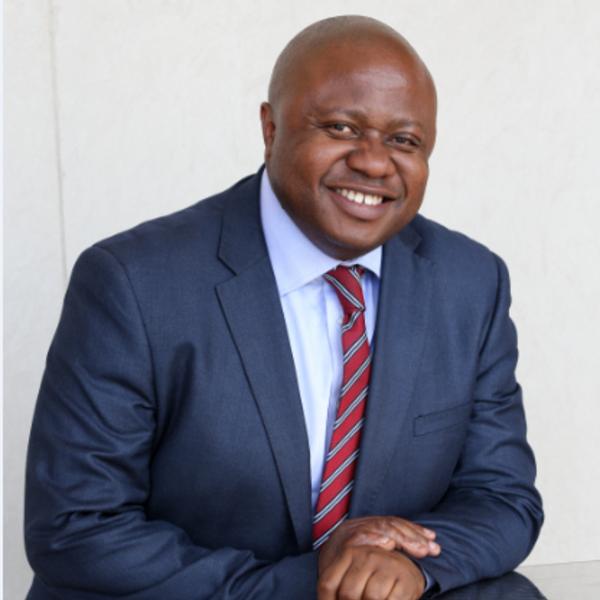 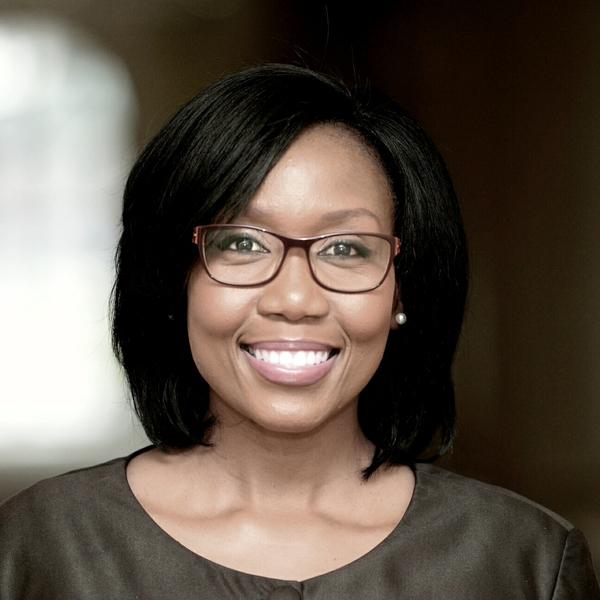