Theme: My choice. Our future.

“You’re young, what do you know?” “One day when you’re older, you’ll understand”
“Stay quiet, and let the adults work”
TEDxYouth@CapeTown is back this October! A TEDx event made by young people for young people.
As a young person, you’ve probably heard statements like these many times. You’ve been made to believe your influence is limited, because of your age.
Yet, history tells us a different story: Youth have brought about remarkable change, championing advances in technology, medicine, civil rights, education; challenging the status quo, bringing governments to standstill, taking ownership of the world they live in.
In the words of Alvin Toffler, writer and futurist:
“The secret message communicated to most young people today by the society around them is that they are not needed, that the society will run itself quite nicely until they — at some distant point in the future — will take over the reins. Yet the fact is… the rest of us need all the energy, brains, imagination and talent that young people can bring…”
The truth is: This is Your Time, Your Generation, Your Future and Your Choice.
How are you taking the lead in Your future? Tell us. Show us.

About Bhongo: At the heart of every great success is great adversity, Bhongolwethu's story is no different... but not based on personal success rather the impact and effect his work has had on communities and other young people. His passion is people, driven by his interest in science and how things work he has lived out this passion in looking at population dynamics and the drivers of development with a focus on youth. His core work is through Greenpop, being part of its Urban Greening Programme, facilitating the rejuvenation of the Western Cape's environment and activating citizens; the United Nations Population Fund as part of the Youth Advisory Panel; with the Commonwealth Youth Peace Ambassadors Network and through working with 2000 other youth who are part of the Activate! Change Drivers network. He has recently been names the Johnson & Johnson Global Citizen Young Leader 2016.

About Epiphany: Primary school pupil, Epiphany, is a committed environmental activist and biophilic. She is an Ambassador for the False Bay Hope Spot, Sylvia Earle’s global initiative and for Re-think the Bag, an organization based at the Two Ocean Aquarium. She spends her summers diving in the kelp forests and exploring the inter-tidal along the Cape coast. From the tender age of ten, she has devoted her time to giving talks at schools and on various public platforms to raise awareness about the importance of healthy oceans. She is also a dedicated dancer, committed ‘re-cyclist’ and drama devotee- and has recently published her first article for EnviroKids!

About Lebo: Lebo is a 19 year old entrepreneur. After being kicked out of school at 16, he spent a fair deal of time with his mom, observing her line of work. A few years, many businesses and lots of failures later, Lebo now runs a successful company that teaches youth (18-25) how to code.

About Lusanda Lusanda Worsley is the founder of a successful experiential marketing agency. After years of working with international brands across all industries, Lusanda has consistently identified the reoccurring misrepresentation of Africa and its people. She established her company to bring to light a more accurate representation of the uncharted black market.

About Milad: Milad is a 16 year old changemaker from Yazd in Iran. He has hosted his own TEDx event at his school. He also headed up a physics contest, entirely student driven, which saw over 500 paying participants and was based on everyday “curiosity questions”. His most recent endeavour is the establishment of a weekly TED book club.

About Talah: Talah is currently a pupil at Westerford High School, she is also a bass guitarist in a band called 'The Stoked' which seems to have a bright future. Apart from music, she has a great passion towards writing literature: poems, short stories, articles etc. and sees herself going towards that kind of career path. Aside from these, Talah is an environmental activist. When she was 6 years old she played a major role in the organization 'little green fingers' which did clean-ups all around the southern peninsula. Altogether, she is ready to make the world a better place.

About Tariro: Forever the provocateur and playground politician, Tariro Wafawarowa was able to find his nich in Debating and analysing identity politics. When not discussing some movement or debating during break; Tariro can be found playing electric guitar, writing or playing video games. Follow him at: Twitter:@ KingOfTheSilent Facebook: Tariro Wafawarowa Youtube:Tariepicwaffles132

About Velani: Convicted to "serve people; solve problems", Velani is an entrepreneur on a mission. Having worked in South Africa and the United States of Americo, across industries including financial services, cheicals and the social sector, he holds a BCom in Philosophy, Politics & Economics from UCT and is currently the youngest student in the PDBA at Wits Business School. He co-founded the social venture, Phambili Mzansi to connect young and old with resources and a network to solve Africa's pertinent issues. Furthermore, he serves as CEO & Founder of two tech ventures in Johannesburg. He served as the Western Cape Provincial Treasurer of InkuluFreeHeid and is a 2014 Alumni of the South Africa-Washington International Program. As one of the world's top entrepreneurs under 25, Velani is a Global Fellow at The Kairos Society (San Francisco, CA). His interests lie in technology, healthcare, transport, education and social entrepreneurship. 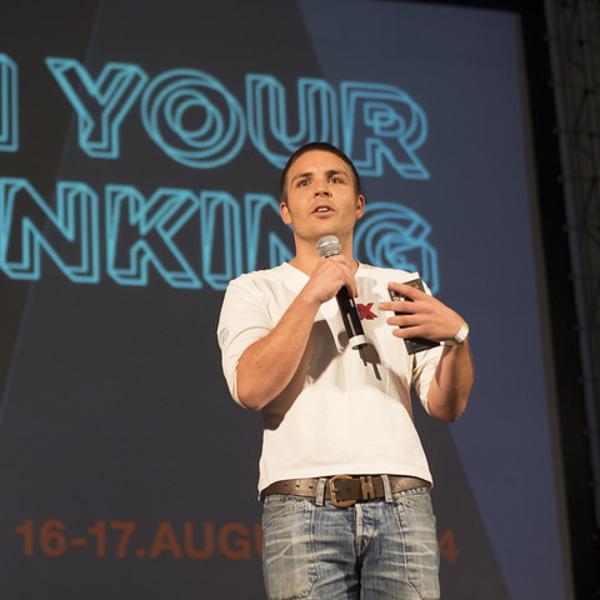