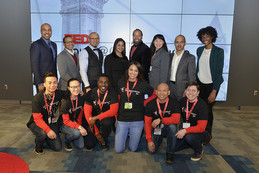 TEDxYouth@ClintonSquare is a one-of-a-kind conference where students will engage with inspiring speakers from diverse fields of healthcare, education, and technology and connect with each other for a day of innovative ideas, fascinating stories, and community-building.

The speakers of TEDxYouth@ClintonSquare have been chosen to inspire Syracuse City School District high school students to build connections by sharing their own stories and ideas. We truly believe that's where the youth start to pursue their dreams and passions. It is our wish that participants take from this unique TEDx experience the excitement and confidence to dream big, engage the communities around them, and forge their own paths in a future full of hope.

Arel Moodie is a bestselling author and has been a featured speaker at the White House and acknowledged by President Obama. Inc. Magazine called him a “High-Energy,Motivator” and named him to their “30 Under 30 list” of top entrepreneurs joining people like Mark Zuckerberg, founder of Facebook. Essence Magazine said “He should be the poster boy for rags-to-riches stories... he is America’s Top Young Speaker.” After college, Arel built a million dollar event production and Education Company while in his 20s and now as a professional speaker he has spoken to over 400,000 people in 48 states and 5 countries. For fun, our speaker likes to dance; he has performed at Madison Square Garden and Arel has two viral videos that have millions of views, and one of them was even featured on The Ellen Show!

Hailing from Brooklyn, New York, Camilla J. Bell is currently a graduate student within the Cultural Foundations of Education program at Syracuse University. Her long-term goal is to foster school-family- community partnerships that transform schooling experiences for youth of color.

Dr. Emad Rahim is an award-winning author, educator, entrepreneur, Fulbright Scholar and TEDx speaker. His story was turned into a short documentary (Against the Odds) and adapted into a theater production titled ‘Tales from the Salt City,’ which is an extension of the acclaimed Undesirable Elements series written by celebrated playwright and Presidential National Medals of Arts Award recipient, Ping Chong. He has been featured in the Huffington Post, Forbes Magazine, IntelligentHQ, and CEO Magazine. He authored Resilience: From Killing Fields to Boardroom and co-authored The Inclusive Leader: An Applied Approach to Diversity, Change, and Management. Rahim serves as the Kotouc Family Endowed Chair and Professor at Bellevue University, and Training Consultant at Cornell University. He was the former Distinguished Entrepreneur-in-Residence at Oklahoma State University, University Dean at Colorado Tech and Visiting Scholar at Rutgers University. Follow him on Twitter @DrEmadRahim |

Co-Founder of New York on Tech

Evin Floyd Robinson is co-founder of New York On Tech, an organization preparing the next generation of technology leaders. New York On Tech's work has been featured by major outlets such as Forbes, CNN, Tech Crunch, BET, Huffington Post and Black Enterprise. Evin was recently listed on the 2017 Forbes 30 Under 30 List. He has also been recognized as a Wells Fargo Millennial Activist, LinkedIn Millennial Voice and Kauffman Entrepreneurship Engagement Fellow. He started his career as a technology consultant at one of the world's largest consulting firms, where he advised global investment banks and financial institutions. Evin graduated with degrees in Economics, Communication Rhetorical Studies and Information Management & Technology from Syracuse University.

Mr. Hasan Stephens is a founder and executive director of the Good Life Youth Foundation that cultivate a movement of entrepreneurial thinking among at-risk kids in the City of Syracuse by combining life coaching, personal finance and entrepreneurial training with venture funding. He is also a leader-ship consultant and an adjunct Professor of Political Science/Africana Studies at the State University of New York at Cortland where he emphasize on criminal justice and potential impact on youth in learning environments. Mr. Hasan Stephens also known as DJ Maestro is the official DJ for Syracuse University Athletics Basketball and Football teams. With over ten years of management experience and business development, his goal is to help create and build future leaders for tomorrow. Strong drive to help others grow socially and professionally, coupled with a personal conviction of life-long learning.

Jeremy McKay is an Assistant Professor in the Department of Anesthesiology at SUNY Upstate Medical University. A quintessential military brat, Jeremy learned to appreciate the power of the written word and the ability to have a great imagination. Presently, through his practice and love of teaching and mentoring, he attempts on a daily basis to motivate his residents and students to become better physicians and health care professionals.

Professor of Microbiology and Immunnology

Rebecca is a professor and course director for microbiology and immunology at SUNY Upstate Medical University. She loves introducing the first and second-year medical students to the exciting world of germs. She also serves as a student advisor. Dr. Greenblatt believes that like the immune system, people have both innate and adaptive qualities that work in concert to achieve goals. 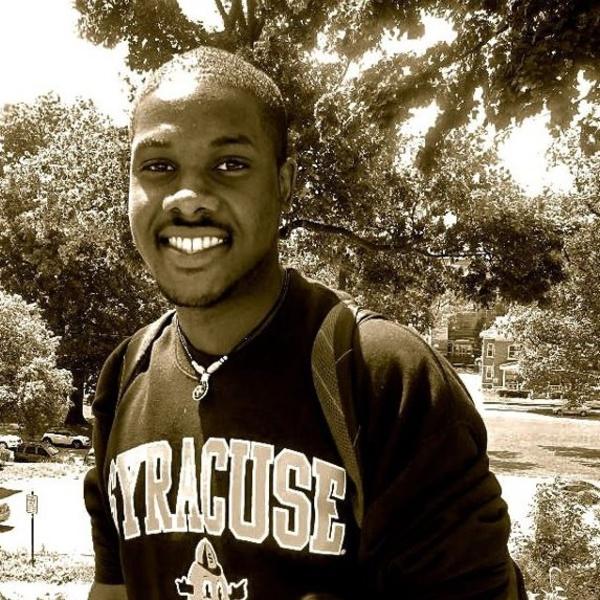