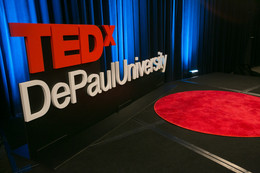 TEDxDePaulUniversity will be back on April 18, 2017, at the Lincoln Park Student Center. Our speakers from across the DePaul community will aim to challenge thoughts and inspire ideas through a series of engaging talks and presentations.

Lindsay-Ryan is also an equity, diversity and inclusion adjunct faculty member at DePaul University. She teaches classes on civic engagement, diversity, gender and agents of change in the School for New Learning. She has worked with numerous educational institutions and companies as a consultant, building capacity for diversity and inclusion within their corporate culture by providing facilitation, curriculum development, policy evaluation, assessment, and strategic planning with administrators, managers, employees, teachers, students and parents. She also has engaged in extensive work with schools on school climate and helping create a positive and sustained environment where all constituents feel safe, welcomed, respected and valued to reach their fullest potential. As a parent of three children, she has many opportunities to practice what it means to raise socially and racially conscious children.

Prior to founding Black & Essington Solutions and Black & Essington Capital, Thompson managed a family real estate business and co-founded a multi-location martial arts instruction and promotions company. Today, he bridges the gap between consulting and managing a long-and-short investment strategy where he is building a forward-thinking platform to jump start careers in financial services through internships and mentoring. Thompson received his Master of Science in Finance from the Illinois Institute of Technology and holds an MBA from DePaul University, where he is also currently a doctoral student.

Rusch is the author of the book “Making Deep Games – Designing Games with Meaning and Purpose.” Rusch is the lead designer and vision holder of award-winning and featured projects including: “Zombie Yoga” for Kinect, “Elude,” a metaphorical game on depression, “For the Records,” an interactive documentary focusing on young adults and mental disorders such as OCD, ADD, eating disorder and bipolar disorder, and “Soteria – Dreams as Currency,” a game to teach strategies to overcome anxiety disorders.

Dixon’s academic and personal interests include international relations, constitutional law, and diplomacy. He is a first generation college student with a bachelor’s degree in political science from Purdue, and the fourth in a family of thirteen. He is currently the Job Fair and Events Manager for the DePaul University Career Center.

DiGangi received her doctorate in clinical-community psychology and puts her degree to work at the intersection of psychology and neuroscience studying the neural bases of disorders such as post-traumatic stress disorder (PTSD). Prior to pursuing her doctorate, she worked extensively in international human rights and politics. From Nigeria to Iraq and Central America, she helped develop aid programs in some of the world’s most traumatized communities. DiGangi is an alumna of DePaul University.

Pope is an associate professor in the School of Accountancy and Management Information Systems at DePaul University as well as the founder of Helios Digital Learning. Her first documentary, “Crossing the Line: Ordinary People Committing Extraordinary Crime,” has won numerous educational awards. Her current documentary, “All the Queen’s Horses,” which chronicles the largest municipal fraud in U.S. history will be released in 2017. In addition to her academic publications, she enjoys writing on her Forbes.com blog “Higher Learning,” and for The Daily Beast, The Washington Post and PBS’ “Need to Know.”

Shaker uses her music to build bridges and raise awareness of the plight of the Syrian people. She has performed at the Kennedy Center, for members of Congress, and was honored at the White House as a champion of change. Most recently, she performed and spoke at the United Nations, UNHCR and Harvard University. Her courageous story has been profiled by The Huffington Post, Chicago Tribune, Buzz Feed and The Washington Post.

Mueller’s experiences led her to a four-month internship at Second City’s Producer’s Row learning about the company’s efforts to diversify their stages and audiences, as well as how they communicate this effort to artists and patrons across the country. Her involvement with Second City has been a guide for Mueller’s social activism. A recent alumna of DePaul, Mueller continues to expand on her public relations and advertising degree, and passion for theatre, to explore more opportunities in corporate theatre with the goal to advocate for diversity in the arts.

Born to two physician parents in Dallas, Texas, Pride has always valued service to others and has actively served her community in Dallas for most of her life. Now, in addition to her community work, Pride is aiming to make an impact on the medical field. She is a third-year DePaul student studying cellular and molecular neuroscience, and plans to apply to medical school later this year. In her talk, Pride emphasizes the impact we can have on our community if we simply take a break from our phones to serve those around us, especially those less fortunate than us.

Rietz is a junior at DePaul University studying political science, economics and the Arabic language. He is the President of the Honors Student Government at DePaul and enjoys his time working as a community activist. Rietz spent the past summer interning at the Chicago Council on Global Affairs and has accepted a summer fellowship at Princeton University's Woodrow Wilson School of Public Policy and International Affairs. He hopes to one day utilize his knowledge of foreign affairs and public policy to affect change in the public sector. 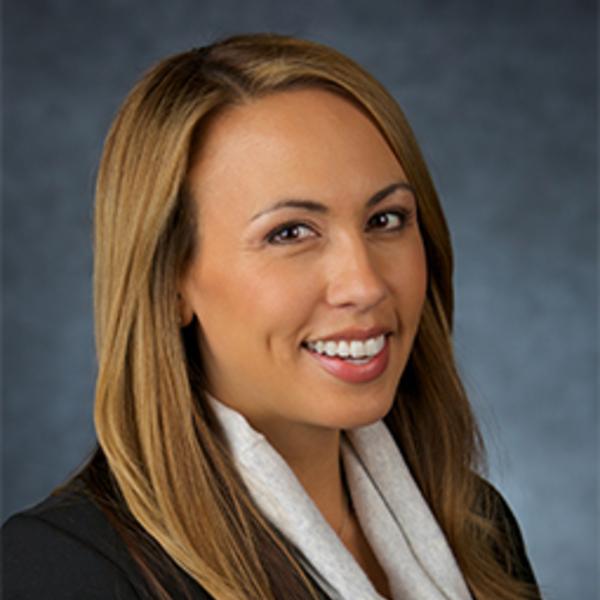 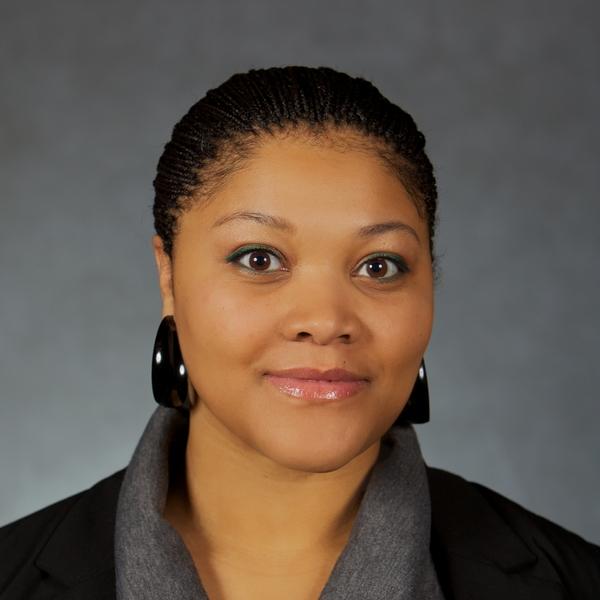