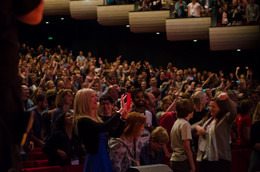 In her solo live performances, Claudio creates and orchestrates songs with complex layering in real-time using music technology. To her, the art is in making sure both the technology and technique are driven by the heart - and achieve a delicate balance between control and instinct. Rachel Claudio is a Perth-born/European-based artist/composer/singer/producer and university lecturer. She works with major labels and composes scores for film and TV. Her live video performances have captured the hearts and minds of millions of viewers. Instagram: @claudio Twitter:@rachelclaudio

Adrian Petersen believes that blockchains will change the way people interact with governments, banks, and each other. He is the CEO of veri.vote, a startup that aims to strengthen the democratic process through trusted elections.

Akram is a sociologist, law graduate, university teacher in law and science and part time teacher in social justice and epistemology. Born in Afghanistan during civil war, Akram and his family fled to Pakistan where he saw the impact of extreme poverty, polio, malnutrition and social conflicts. In 1999, Akram moved to Australia where a teacher mentored him and instilled him with a love of learning and serving others. In 2011 he co-founded "I am the Other", a student-run initiative with aims to address reconciliation issues in the non-Indigenous community. Akram was awarded Young Australian of the Year (2013).

Alexandre is Head of Strings and Associate Professor at the Edith Cowan University, Musical Development Director of the Canimex Foundation, and Artistic Director of the Laurentians Classical Festival of Canada. At age 18, he obtained a Master’s Degree in violin and went on to study with Zakhar Bron. In 2010, he received the prestigious Virginia-Parker Prize, one of Canada’s highest cultural distinctions.

Cally Jetta is passionate about Aboriginal education and working with at-risk teens. She lives in Mandurah on Noongar country and has taught secondary students for 10 years. Cally administers the Blackfulla Revolution Facebook page - an Aboriginal activism and education forum that encourages and supports understanding and respect between Indigenous and non-Indigenous Australians.

Gary Cass is passionate about the sustainability and environmental impacts of the fabrics we wear. He argues that creativity is as important as numeracy and literacy. He founded Fermented Fashion, a Perth-based company that has developed couture made from beer and wine.

John Robertson is a comedian. He’s also a TV presenter, columnist, multimedia artist, games designer, crowd-surfer and recreational sadist. He came to public attention at the 2003 Australian Idol by faking a seizure on national television. Now based in London, John is a veteran of several wildly successful Edinburgh Fringe shows. Following the viral success of “The Dark Room” YouTube game, he now tours a theatre adaptation globally.

Kia is passionate about solving the economic disparity between Aboriginal and non-Aboriginal communities in Australia. She helps co-create locally relevant solutions to complex business and social challenges. In doing this, she connects people from corporate, government, industry and community circles. Kia is a Gija woman from Warmun Community (Turkey Creek) in the East Kimberley of Western Australia. Her traditional Aboriginal name is Wadjbarreyal and her skin name is Nangala.

Lindsay is the author of the plastic-free, zero waste, minimalism and sustainable living blog Treading My Own Path. In 2012 she took part in a month long plastic-free living challenge called Plastic Free July, and decided to make plastic-free living, and zero waste living, her way of life. Plastic Free July opened her eyes to the idea that as individuals, we have the power to make a difference with the choices that we make every day. These individual actions, when repeated by thousands of people, have the potential to bring about real, lasting change. Lindsay put her energy and passion into inspiring others to make small changes in their lives, believing that empowering individuals is what builds movements. Now a Writer, Facilitator and Sustainability Educator, Lindsay shares her journey through her blog, books and community talks.

Meg Travers is a musician, geek, archivist, and digital preservation specialist. She has a passion for early electronic instruments and seeks to restore and preserve our understanding of these artefacts in the face of technology obsolescence. She has degrees in music technology and is a qualified radio technician. She builds electronic musical instruments and creates soundscapes using ambient radio noise. She is the musical director of industrial/electronic ensemble MotET.

Michael has coordinated several international advocacy campaigns in support of important causes including universal sanitation, access to education and the eradication of polio. As Global Director of Policy and Advocacy at Global Citizen, Michael serves as the organisation’s main representative to the United Nations. He has worked with high-profile world leaders, musicians and philanthropists, including Ban Ki-moon, Beyoncé, Usher, Rihanna, Indian Prime Minister Narendra Modi, Canadian Prime Minister Justin Trudeau and former Australian Prime Minister Julia Gillard. He helped mobilise political and public support for the launch of the UN’s Global Goals for Sustainable Development - a blueprint that seeks to end extreme poverty by 2030.

Natasha is an astronomer who uses radio waves to explore the distant reaches of the Universe. She recently surveyed the southern sky, providing data on exploded stars, super-massive black holes, and our local space environment.

With a background steeped in soul, roots, folk, gospel and blues, Simon pushes the limits of what a one-man band can do. He is described by Tommy Emmanuel as “a serious talent”. Originally from a small coastal town in Western Australia, Simon began playing the guitar at age 12. He is also a kiteboarder and now calls Melbourne home.

Steve Wilton's research focus is Duchenne muscular dystrophy (DMD), the most common and serious form of childhood muscle wasting. His insight has led to an innovative drug therapy which promises to revolutionise treatments of DMD and other genetic diseases. Steve is Director of the Western Australian Neuroscience Research Institute and holds the Foundation Chair in Molecular Therapies at Murdoch University. 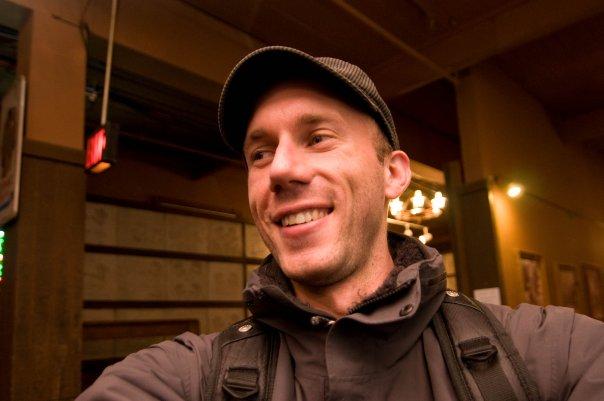