Spark! is the theme for TEDxUCCI 2017. Spark! is the flash-point for innovation, inspiration, and animation. Spark! covers the arts, sciences, and social change. Spark! speaks to everyone.

What's the Spark! that energizes YOU?

Ann is a Kenyan lady, 37 years of age, working in Grand Cayman as a swim coach. She has been working with athletes of different levels, nationalities, and ages for more than ten years. She spends a lot of her time learning more about and researching sports psychology and general psychology. A mindset centered on growth was not something she had as a young girl, but after developing it, Ann ended up doing things she never thought were possible. For instance, she conquered the highest peak of Mt. Kilimanjaro. She became one of the best breaststroke swimmers in her club. Her biggest achievement was becoming the first native African female Scuba Dive Instructor. Ann follows the works of Carol Dweck and Angela Duckworth.

Deemed a Renaissance woman, Cheryl-Dean has embraced many roles as a consultant, speaker, educator, mentor, therapist, leader, facilitator—all to unleash the power and potential of others. Cheryl-Dean has provided tailored solutions for personal and professional growth for over twenty-five years. With a passion for facilitating the healthy development of individuals, organizations, and communities, Cheryl-Dean brings a wise, compassionate and holistic perspective to organizational development, leadership and culture. She has engaged in much "life" training by working in key leadership positions in a diversity of industries, including telecommunications, educational institutions, non-profit agencies, the health sector, the service industry, corporations and private practice. As a past dean at a Naturopathic College and having achieved her Masters in Psychology, she has the holistic tools that enhance her exceptional business and coaching acumen. Cheryl-Dean also loves to play - whether in the ocean, with her flute, in poetry, art, and dance with many amazing people in her family and throughout the world.

Born and raised in Cayman, Darvin Ebanks is considered one of the island's tourism pioneers. He came home after being away at sea for five years but has never really stayed away from the water. This native Caymanian is a dive master, an underwater/ land photographer and owner of To the Edges of the World photo gallery.

Iris Stoner was born in New York, earned a BS from Cornell University and an MA in journalism from the University of Missouri, after which she moved to Beijing where she worked for the New China News Agency (Xinhua). Following that, she and her husband, Tad, (they married in Beijing) moved to Hong Kong, where they lived for 20 years, working in various journalism-related jobs and raising three children, who experienced a truly global upbringing highlighted by going to a school attended by children representing more than 100 nationalities. The family moved to Cayman in 2005 to work at the Cayman Compass. Iris has also worked at the Cayman Observer; the Cayman Net News; The Write Stuff, a small news and feature service; and now the Cayman News Service. She speaks a bit of Mandarin picked up during her work and travels in China, and some Cantonese from her time in Hong Kong. There is some Spanish floating around in her brain as well. Iris is the president of the Save Our Youth Foundation, a non-profit that works to empower Cayman's young people to be positive leaders, entrepreneurs, and law-abiding citizens who value themselves. In her spare time, she is learning to play the steel pan.

Latrese Haylock is an optimistic 25-year-old Caymanian who is always ready for a challenge. In 2007, Latrese was crowned Miss Cinderella Teen and won a first place gold medal in the Hip-Hop division of the Celebrity Dance Competition, Nationals at Sea in Florida. Her winning personality won her the Miss Congeniality award in the Miss Cayman Islands Pageant in 2015. As an active member of our community, she has advocated for and against many causes and, as a result, was also nominated for the 2015 Young Caymanian Leadership Award. Latrese is a former Volunteer Programmes Director at the Save our Youth Foundation and is a staunch advocate of social inclusion and promoting a positive lifestyle for Cayman's youth. She aspires to one day be a successful entrepreneur in media and the performing arts.

Michael Myles was awarded a four-year football scholarship to Lindsay Wilson College where he completed a Bachelor of Arts degree in Human Services in 1995. Michael played football for the Cayman Islands National Football Programme for over 20 years. He has played internationally for every junior and senior national team since he was ten years old. For the past 20 years, he has worked in the area of social development addressing issues related to family, youth, and community. He began his career at the Department of Social Services as a Social Worker in 1995, then moving to the post of Team Leader at the Cayman Islands Marine Institute in 1997. Michael relocated to Kentucky with his family in 2001 to pursue other career interests. While there, he coached football at several high school programmes. He developed a programme that assisted youth to gain football scholarships to colleges. In 2003, he returned to Cayman to assist in the implementation of the Children and Youth Services Foundation (CAYS Foundation). He was appointed as the House Manager of the Bonaventure Boys Home. While at the home, Michael managed the restructuring which supported the return of all 16 boys to mainstream schools. He was instrumental in implementing vocational, apprenticeship therapeutic and social skills programmes for approximately 50 youth and their families throughout his three years at CAYS. Michael was appointed as Programme Coordinator, Liaison Officer-At Risk Youth at the Ministry of Education, Training, and Employment in 2010. That same year, he successfully implemented the Behaviour and Education Support Teams (BEST) in all government schools which have advocated for resources for over 500 of the public schools' most vulnerable youth. In 2011, he implemented the Extended After School Programmes in all government schools which provide quality structure, supervision, and activities for over 1400 students in primary and secondary schools. The Programme is now managed by the YMCA. He also implemented the K-9 programme in the public schools. In 2012, he was instrumental in the development of the Superior Auto Training Programme which is fully certified by the Human Employment and Resource Training Agency (HEART Trust/NTA) and Jamaican German Automotive School. The programme has graduated over 30 youngsters with level 1 and 2 certifications in the automotive field. All graduate are currently employed. In 2013, he successfully created the non-profit Youth Anti-Crime Trust (Youth ACT) which implemented the Youth Crime Prevention days in all secondary schools which have impacted over 1500 secondary students.

MoniKa Lawrence holds a Ph.D. in Cultural Studies from the University of the West Indies. She has also studied in the USA, South Africa, and Israel in several disciplines. At the University College of the Cayman Islands (UCCI), she has developed dance and cultural studies courses for the Associate, Certificate and Continuing Education Programmes. In 2013, she was awarded the International Association of University Presidents (IAUP) Achievement Award in recognition of her excellence in the Performing Arts at UCCI. Dr. Lawrence is the Founder and Artistic Director of the Stella Maris Dance Ensemble of Jamaica which is celebrating 24 years. She served as creative director, choreographer, and costume designer in numerous Jamaican government-sponsored national and international events. She was recognized for her contribution to dance in her country and was the honoree at the University of the West Indies' Jamaica Dance Umbrella in 2017.

Stacie Sybersma received an invitation to her ten-year high school reunion on January 20th, 2017. After the initial shock of "what have I done with my life" passed, Stacie began to reflect on everything she accomplished over the past ten years, to which she was pleasantly surprised: She graduated with an Associate's Degree in Natural Science from UCCI in 2009, continuing her education and graduating with a Bachelors in Biology in 2012 and a Masters of Marine Management in 2015. In between, she completed numerous internships and side jobs, some are providing comical stories to colour this TEDx talk! She experienced heartbreak and fell in love. She travelled, moved out of her parents' house, got her first "real job" and, most importantly she got a dog. There were many hiccups along the way, and many lessons learned. But all in all the crazy ride was worth it as today Stacie has a self-described "dream job" as the Environment, Health and Safety Specialist at the Caribbean Utilities Company. In her spare time, Stacie hangs out with her rescued doggie, Missy.

Sylvia has been involved in Christian education since the age of 15 and has worked at a residential home for at-risk youth. In 2006, she founded a non-profit organization called the Cayman Islands Youth Development Consortium and formed a consulting company called Caribbean Youth Assets, registered in the Cayman Islands and Jamaica. Through these entities, she has been concentrating on youth development, with an emphasis on 40 developmental assets that help young people to succeed. Sylvia is an Asset Building trainer/ facilitator, Child Abuse Prevention facilitator and an Accredited Mediator. She graduated with a Bachelor in Theology with a Minor in Guidance Counseling, possesses an Associate’s degree in Social Studies and a Certificate in Management Practice.

Vinnette Mae Glidden is a Speech & Language Pathologist who has gradually migrated from speech and language therapy to teaching reading. A graduate of Florida State University’s College of Communication, her work with hundreds of children in Florida, Los Angeles and the Cayman Islands led her to develop an evolved method to teach reading. She loves to engage children in using their imagination, and has a special talent for building children’s self-confidence. Among her accomplishments are having established a niche for Speech & Language Pathology in Cayman’s public school system and serving as principal of the Lighthouse School for Special Education in Grand Cayman. She is a recognized pioneer in education in the Cayman Islands. 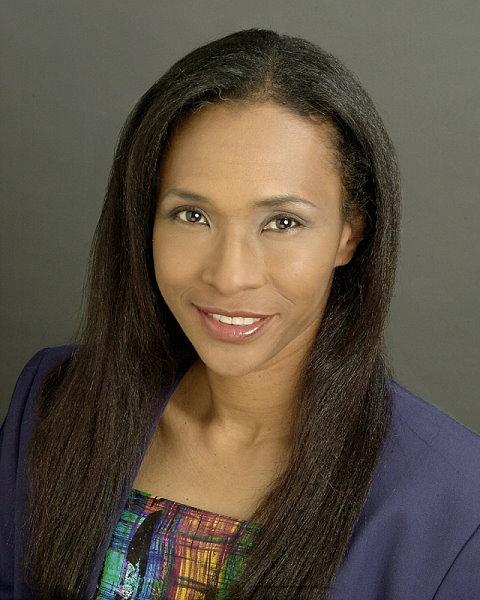 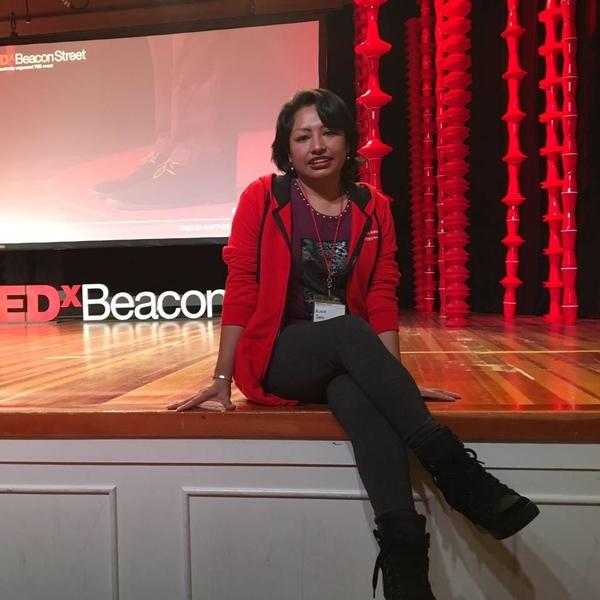