Alibay Mammadov was born in 1988 into a family of historians in Moscow, the capital of the Soviet Union, and was further raised in Baku, the capital of Azerbaijan. He entered Baku State University in 2005 in which he majored in Japanese and Literature. After graduating the university in 2009, he was dispatched to the Azerbaijani army for a year under the conscription system. He began his study at Hokkaido University in April 2012. Due to interest in global ethnic conflicts and territorial disputes, his research at Hokkaido University focuses on "Northern Territories Disputes" along with homeland conflict “Nagorno-Karabakh War.” “Conflicts have been criticized because of being blots in our history. I am thinking every day how we can resolve the conflicts and if they can be resolved by our generation. Regarding territorial disputes, I believe that there must be a way out as long as we see things from perspectives of the people involved.” Alibay Mammadov had been the Chairman of Hokkaido University International Student Council from May 2014 to April 2016, and now he is the Honorary President. In June 2016, he became the head of Azerbaijan Japan Collaboration Association founded in Tokyo and lectured issues on Azerbaijan at schools in Tokyo. “We hope that through our association based in Japan and the support of our colleagues, we will expand our activities from neighboring countries of Azerbaijan to all over the world. The aim of our association is to promote bilateral business relations between Japan and Azerbaijan and to connect the whole world. I will spare no effort to contribute to the promotion of Azerbaijan-Japan mutual images.”

Okamoto Daisaku was born in Hiroshima City in 1964. He graduated from Department of Agricultural Chemistry, Hokkaido University in 1991, and completed his graduate studies at Danish Institute of Plant and Soil Science (now University of Aarhus, Denmark). After working at a lab of a nursery company, he founded Plant Thremmatology Research Institute in 2000. In 2005 he earned his PhD in Agriculture at Hokkaido University. He also lectured at Hokkaido University and Tokyo Institute of Technology Graduate School of Innovation Management. He is now the CEO of Plant Thremmatology Research Institute. “Each year on our research farm in Kuriyama Town, Hokkaido, we cultivate, crossbreed and harvest more than 600 kinds of onions to develop new species. We aim to cultivate onions that are new to consumers. For example, we have created onions named "Sarasara Red" and "Sarasara Gold" which are rich in health components along with tear-free and non-spicy onions named “Smile Ball.” “We adopt a vertical integration strategy in conjunction with regional branding through the phases of cultivation, distribution, processing and sales and hope to build a price structure where we could decide the prices of agricultural products by ourselves.”

Hasegawa Eisuke is an evolutionary biologist and Associate Professor at Hokkaido University Graduate School of Agriculture. He belongs to the laboratory of Animal Ecology. Hasegawa Eisuke was born in Tokyo in 1961 and has dreamed of becoming an entomologist since his childhood. He has studied social insects since his college days and worked for a private company for 5 years after graduation. Hasegawa Eisuke pursued his studies on ecology at the Tokyo Metropolitan University graduate school. His key areas of research focus on evolution of social nature and behavior of animals that live in communities. His research regarding Hatarakiari, referring to non-working worker ants has received much attention. His hobbies include movies, cars, fishing, reading and manga. Two of his best sellers are "The importance of non-working ants"『働かないアリに意義がある』and "Intriguing Biology that Keeps You Awake" .『面白くて眠れなくなる生物学』

Takahiro Yamazaki was born in Tomakomai in 1991 and raised in Sapporo. He was already familiar with the existence of architects since he was in a primary school, and his affection for architecture grew through the years from junior high school to high school as he immersed himself in “SimCity,” a city management game. He entered Hokkaido University in 2009 and majored in architecture and urban planning. From 2012 he has been a member of Hokkaido University City Planning Laboratory and became a special researcher of Japan Society for the Promotion of Science since 2014. He is expected to obtain his PhD next spring. “In the distant mountains where cows and sheep are relaxing in the meadow spreading in front of our eyes ... This is an example of so-called beautiful landscape&quot; in Hokkaido. The unique landscape attracts many people. On the other hand, the panorama of people’s daily life is not especially focused on. However, it is human activities that are shaping the landscape. In the research we have done so far, we aim to build better landscapes by proposing new ideas through the discovery of unique perspectives on everyday life.” “There’s no town without any landscape, hence building prosperous landscapes is an important issue for any region. My life goal is to gradually contribute to the design of rich landscapes through my research.” 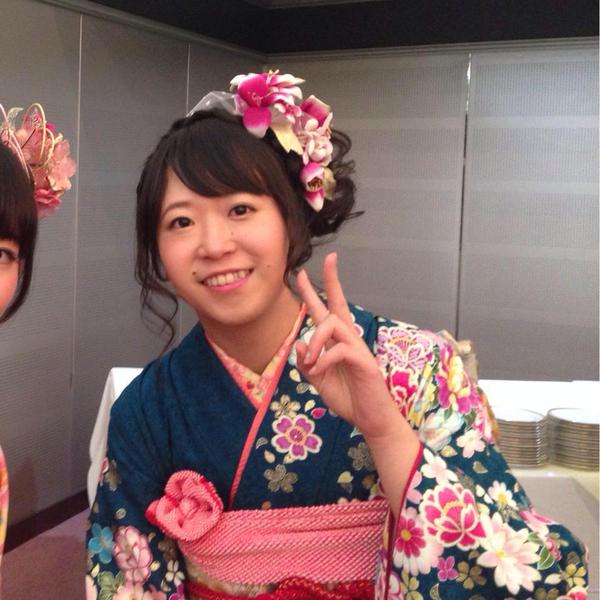