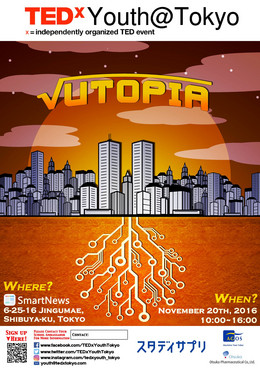 Japan’s most beloved food, rice… Then who's the most beloved, hilarious duo in Japan ? It's unquestionably, no, rather hopefully, the “Comedy Rice”. Comedy Rice will introduce you to a completely new style of comedy -- Japanese style Manzai, played in English. So don't miss this opportunity if you want to witness this scale-falling art of humor, or just want to strengthen your abdominal muscles by laughing."

Games are a part of his life. He enjoyed playing games but eventually became addicted to it. He couldn’t stop playing games and was hooked to it. The addiction affected many of his decisions and he couldn’t break free from this temptation. At first, he didn’t know how to control himself so he came up with his own solutions which eventually worked. He can now fully control himself and am no longer addicted to games.

Jane Best is the CEO of Refugees International Japan (RIJ). Since joining the organisation in 2000 she has visited projects funded by RIJ in many countries including Thailand, Myanmar, Laos, Cambodia, Sri Lanka, Jordan, Turkey, Lebanon, Kenya, Tanzania, Zambia, Uganda, South Sudan, South Africa, Guinea, Gambia, Liberia, Sierra Leone, Colombia and Bosnia. She will be talking about the utopia of a refugee and how it is different from our utopia.

Kana Seiki is a 15 year old girl living in Japan, and she is a junior high school student. She loves the color orange, the food orange, anything that concerns the color orange, and because we saw that love and passion in her speech, we were able to have her to speak at the real event. She has loved the color orange since she was very little, and throughout the TED talk, you may be able to realize that some parts of her childhood memories are portrayed into her speech. She will mainly be introducing you all to her eccentric world of oranges, where she guides you on a journey of Kana’s passion and perception on Orange.

Kentaro Fujii is a 10th grader student who lives in Japan. Since he lived outside of Japan for five years from six to eleven years old, he completely missed out on Japanese Elementary School, and he was unsure if he could call himself Japanese or not. As he struggled with his identity, he discovered the world of Koten, or classic Japanese literature, and fell in love with it right away. In his talk, he will introduce the magnificence of Koten to those who think that it is a waste of time, and redefine Koten from boring grammar lessons to something entertaining, beautiful, and meaningful.

Kenzie is a grade 10 student living in Japan. Growing up Kenzie had always struggled on how she presented herself to other people. She started to question why she found it so hard to do something as simple as choosing an outfit. She soon figured out that she wasn't the only one going through this. This motivated her to find an answer to her problem and at the same time find a way to allow people to avoid this dilemma. In her talk Kenzie will be touching on topics including the harms and effect of judgment, why we present ourselves in the way that we do, and tools to take on to the battle to body positivity.

Kiyoka Yabaha is living in Japan and she is currently in 12th grade. She has been influenced by TED talks a few years ago when she was getting ready for a speech contest, and since then, her passion for TED and speaking has been so outstanding, and this passion is one of the great properties that she has. In the real event, she will share with you all about an experience she had of being sexually harassed, how she got over all of the mental dilemma, and what her real meaning of feminism is. Get ready to be pulled into Kiyoka’s concept of feminism, and how her idea of feminism is worth spreading.

Manami is a grade 12 student living in Japan. Having been raised in a multicultural environment, she has seen people of a variety of skin tones. However, there are many out there who have not been as fortunate and seem to instead place divisions based on the colour of someone's skin, which she considers unfair. After seeing the media do this on more than one occasion, and experiencing it first hand, she believes that it is far from fair that there are still many people all over the globe who prefer lighter skin tones, and go to drastic measures to achieve that. She wants to spread the message that skin tones, doesn’t, and shouldn’t matter.

I am currently a senior at the International School of the Sacred Heart. I was born and raised in Japan. Although I admire and respect Japanese culture, I wish that Japan was more progressive in terms of advocating and acknowledging basic human rights such as such as same-sex marriage. I am passionate about this topic because I strongly believe that the gay community in Japan is pretty much neglected. I feel that the gay community in Japan tends to mask their sexual identity for fear of social backlash when they have no reason to be ashamed. It is also something that is rarely talked about in public.

Nina is a grade 12 student living in Japan. Having gone to an international school for all her life, she had been oblivious that there were any issues concerning multiculturalism. But recent occurrences such as opposing views towards biracial people holding leadership positions, and existing laws that ban dual citizenship has made her realise otherwise. In her talk she will be discussing the dilemmas that arise with our increasingly multi cultural world and the steady need for representation in international relations.

After graduating from Keio University, Rena started working in Singapore and after experiencing the industry abroad, moved back to Japan to work for the Investment Banking Division at Merrill Lynch Japan Securities. No sooner had she adjusted to work in Japan had she realized that in such a male dominant industry, there was a need for women in earlier stages of their career to know how to ‘lean in’ to their career and receive mental support from their surroundings. (the term “Lean In“ comes from Facebook COO Sheryl Sandberg’s book, “Lean In“) As a result, Rena founded Lean In Tokyo, which promotes gender equality in Japan and provides support and an environment for women to “Lean In“ for themselves and for each other. Lean In Tokyo has 250 members now including men and women that actively promote leaning in for women’s success in society.

Riki Arai loves K-POP, and despite the fact that he has never been to any dance lessons, he self teaches himself, learns the routines, and enjoys dancing.

Riku is a 11th grader who lives in Japan. He was that one kid who never got the chance to play video games. He tried many ways to play games, but he just couldn’t quite figure out how to play solitaire, or any other games. So instead, he figured out a way to play with Microsoft PowerPoint and make awesome powerpoints. In his talk, he will teach you fun and useful ways to use Microsoft Powerpoint.

Shishir is a 16 year old living in Japan, and has a mad passion for the NBA. He started wondering why so many people were so interested in basketball, and what made it such a popular sport. As an Indian having lived in Japan and the US, he has seen how basketball is a sport many people around the world are engrossed in. In his talk, he will provide his own analysis of what makes basketball popular.

Theint Theint, originally from Yangon, Myanmar, has lived in Japan her whole life. Her background stirred a lot of her beliefs including the importance of individual actions. Due to her tendency to overanalyze human behavior, she started to notice herself and others willingly ignoring some of the world’s leading issues. Though it may seem harmless, the effects have drastic impacts on a lot of lives. In her speech, she focuses on how the media and marketing teams take advantage of this behavioral phenomenon. She hopes to spark a realization that we are faced with two choices: to be sheltered and unaware or to be daring and knowledgeable.

Timothy is a grade 11 student living in Japan. A couple of years ago, he went on an expedition across the globe to attend a summer camp in America. His summer there, which mainly consisted of classes full of new and unknown information, not only taught him about investment and stocks, but earned 40,000 dollars, even managing to pick up some important life lessons along the way. His talk will guide you through his journey, and teach you what he learned in the face of despair. 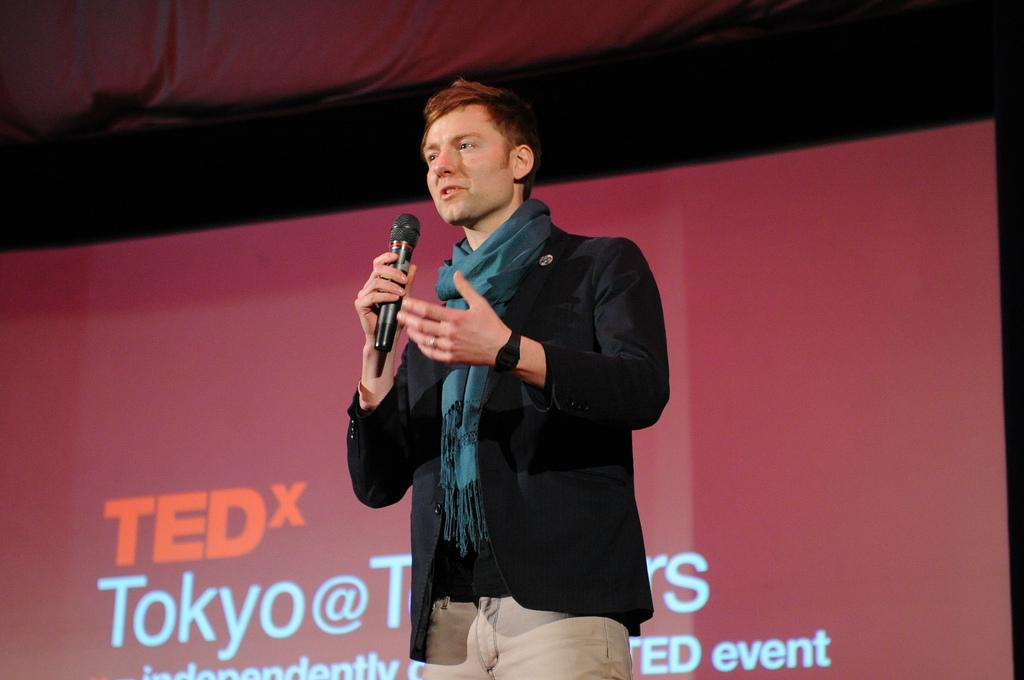