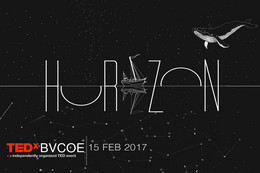 Human Brain is like the Earth, composed, grounded and pragmatic, and our hearts- vast and free flowing like the sky. We let these two components meet to create a HORIZON. This is where ideas originating from our brain and feelings from our hearts appear to meet and revolutionise the sense of existence. We, at TEDxBVCOE, intend to suffuse these ideas to each and every cell that builds you, instil your blood with power of innovation so that one can be the change one wants to instigate in the society. We welcome each and every one who would like to be a part of advanced, original and unorthodox talks by the prominent speakers, talks that would surely turn out to trigger the contact between your brain and heart.

Free the Verse is a collection of poets, writers and rappers and musicians and singers and people-with-things-to-say who are looking for a place to say it.

A good coder cannot be an entrepreneur.That’s what THEY said until Mr.Ankush Singla came into the scene. A man who has seen it all,be it earning top class degrees andworking in top MNC’s to coming into the lap of entrepreneurship. Come and be a part of it, as the man himself unravels the mystery.

Big Dance Centre, since its foundation till date has advanced on the road of eminent success with actualization of multitude of rewards to its incessant endeavors. The founder directors of Big Dance Centre, Mr. Atul Jindal and Mr. Karan Kumar graduated from Broadway Dance Centre, New York, both of them are formally trained under the supervised guidance of dancing legends. Learn more about different dance styles Having choreographed the biggest hit of 2013, Blue Eyes, and a song sequence from Ragini MMS 2, today, they stand proud as Honey Singh's Personal Choreographers and have rendered choreography direction and performances for the most star-studded events of year 2013 like Temptation Reloaded Tour (Australia, New Zealand and Malaysia, starring Shahrukh Khan, Rani Mukherjee, Madhuri Dikshit, Jacqueline Fernandez), Honey Singh's USA tour (New York and Chicago), Celebrity Cricket League 2014, Umang Awards 2014, GIMA Awards 2014 (Mumbai), and A R Rehman’s Tour (Dubai).

Our guest, Dr. N K Singh is an agricultural scientist. The sole motive of this nice gentlemen is to make india more self-reliant in area of flood security and crop improvement and for the welfare of farmers by playing a lead role in applying the power of Genomics revolution.

Barely have words to describe this power lady. The woman is a fashion designer turned hearing therapist. She has seen a road with sharpest of curves as the path of the life and has put as much effort as she could file down those sharp curves Her motivation: Ananya, her daughter. It was for her, the mother Mrs. Nakra decided to change her detinty. Come join us as she narrates her POV, all it took to trim down those treacherous paths.

An amazingly talented singer/performer, learning classical Indian music since a young age of 10. Performed at various zonal and state levels. Been invited as a performer with Tarang The Band at TEDxBVCOE.

A man who has taken it upon himself to empower Indian youth with the eruditions proficiency to become skill full productive member of the society. To be honored with awards by our already fastidious Prime Minister make his accomplishments no matter to sneeze at. Hope that you are holding on to your socks, because Major General Dilawar Singh might blow your feet off.

This man is a wanderer, roams on the roads collecting hugs and gifting pictures.Started as a journalist with The Indian Express and now he has rested the control of his life with the Universe. In 2014, he took a road-tripto Delhi from Mumbai; began his journey penniless.

At the age of 22, Revant took the biggest risk of his lifewhen he left his Wall Street job and also turned downan MBA offer from IIM Bangalore to write a thought-provoking, humorous book called Selfienomics.He eventually signed with internationally renowned publishers, Bloomsbury, and is among the first authorsin the word to introduce #hashtags and internetmemes to the self-help genre. Revant is also a CertifiedHealth Coach and a graduate of New York University,Stern School of Business.

An interactive being who developedhis skills in the MUN circuit, he stands where hecan see how life is like a HORIZON,where the IQ meets EQ rendering a ‘human being’as a ‘social being’.He has been working as a ‘Climate action coordinator for Center for United NationsCOP +22 International climate action course.

Intriguing content is a farce nowadays. But for Mr. Vinay Singhal and his team at wittyfeed, creating such content is a way of life. What started out as an idea to provide platform to the etxtremely talented writers out there, has generated a traffic of around 250 million page views in a month. Come and explore yourself as Mr.Singhal deduces the power of digital marketing before you. 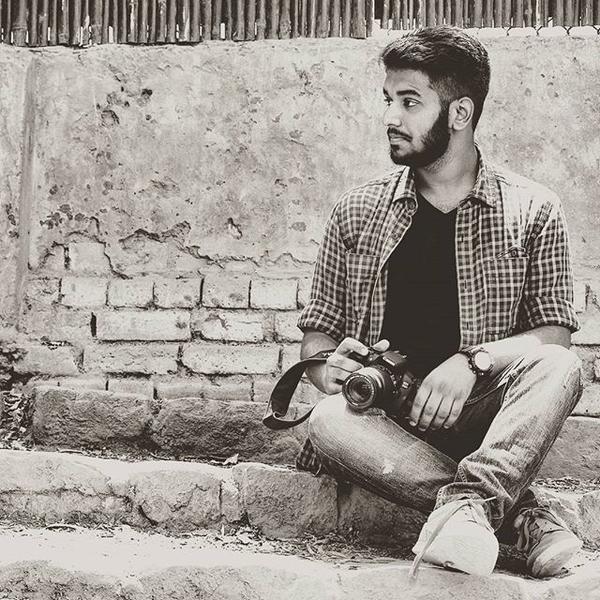