Join us Saturday February 18th for TEDxKentState !In an ever changing world where people today are forced to tackle problems our parents and grandparents couldn't have imagined, sometimes in order to move forward we need to stop and take a look and where we have been. Our theme this year for the event is "Rewind, Rethink, React," therefore not only must we look at where we've been as a human race, but how we react to events today.
With live demonstrations from the Liquid Crystal Institute, 3D printers, and much more!
We will also be showcasing an art gallery named "Rewind, Rethink, React" and a live research symposium during breaks.

Aaron E. Bacue is an Assistant Professor in Kent State University’s School of Communication Studies. He is an expert in interpersonal and relational communication who specializes in social cognition and the production of socially and communicatively skilled messages in human interaction, with an emphasis on the “dark side” of relationships, such as hurtfulness, bullying, and manipulation. In addition to 20 years of experience teaching communication at the university level, coaching public speaking, and managing competitive grant-, state-, and privately-funded research projects, Professor Bacue has spent the past 15 years working as an independent consultant to small and large businesses seeking to improve their communication with internal and external stakeholders.

Coordinator for the Office of Academic Diversity Outreach.

Amanda Leu earned a Master's in Education in Higher Education and Student Personnel in 2014 from Kent State University. Throughout her years at Kent State, Leu has worked with many KSU offices including the Division of Diversity, Equity and Inclusion, the LGBTQ Student Center, the Women’s Center, the Center for Student Involvement, the College of the Arts, and the College of Communication & Information. Currently, Leu serves as the Coordinator for the Office of Academic Diversity Outreach.

Amy Fritsche is an Assistant Professor of Acting and Musical Theatre at Kent State University. She has directed a number of plays and musicals, is an award-winning actress who has performed in films, commercials and on stage, has worked with Fox Animations Studios, toured with Theatre League and performed internationally in London, England and at the Edinburgh Festival Fringe. Amy has earned her Master of Fine Arts.

Angela Ridgel, PhD is an Associate Professor in Exercise Science/Physiology at Kent State University. Dr. Ridgel's current research examines how exercise promotes changes in the brain in individuals with Parkinson’s disease, multiple sclerosis and the elderly. Her research has been funded by the National Institutes of Health and she has ongoing research collaborations with University Hospital, Case Western Reserve University and University of Southern California.

An entrepreneurship professor at Kent State University and serial entrepreneur. His will give a TED talk about "Why entrepreneurship should be taught in the1st grade." He recently won the "Shark Tank" Center Stage competition and will advise the White House OMB and new administration in early 2017 about this topic! Some of his achievements include being chosen as an advisor for The XPRIZE Foundation on Artificial Intelligence and the Kauffman Foundation.

Masters Student at Kent State University in the Communications Department

Daniel Socha is a master's student in Kent State University's School of Communication Studies. He studies global communication and his research focuses on processes and practices of refugee resettlement in the United States. Before beginning his master's degree, Daniel served as an English teacher and cultural orientation coordinator at a refugee resettlement agency in northeast Ohio.

For the past 10 years, Gary Myers has sought to change the leadership training landscape by using virtual leadership development as a tool to facilitate group cohesiveness. His background in team dynamics, group processes, and digital systems training technology has enabled him to create the nation’s first online, virtual leadership academy. Myers is a doctoral candidate in Social Psychology at Kent State University and a recipient of the Graduate Dean’s Award. As a graduate assistant, he teaches Juvenile Delinquency in the Sociology department. He holds a Bachelor of Arts in Sociology from the University of Georgia and a Master of Arts in Sociology from Northern Illinois University.

Gregory King received his MFA in Choreographic Practice and Theory from Southern Methodist University. In addition, he is certified in Elementary Labanotation. His dance training began in Washington DC at the Washington Ballet and later at American University. He went on to participate in the Horton Project in conjunction with the Library of Congress. Gregory has performed with The Washington Ballet, Erick Hawkins Dance Company, New York Theatre Ballet, Donald Byrd /The Group, The Metropolitan Opera Ballet, New York City Opera, and Disney’s The Lion King on Broadway. He has taught master classes, lectures, and workshops at University of the Arts, Boston Ballet, Boston Conservatory, Boston University, Bowdoin College, Cleveland School of the Arts, Dallas Black Dance Theatre, and Texas Ballet Theatre. Recently, Mr. King received the Excellence in Teaching Award from the National Society of Leadership and Success. Additionally,he has served as resident guest artist at Temple University

Jeffery Huston is a Senior Lecturer at Kent State University. He serves the University as both the undergraduate and graduate Athletic Training Program coordinator. He earned his bachelors in both Biology and Sports Medicine from Heidelberg University, a masters degree in Athletic Training from West Virginia University, and is currently finishing a Doctorate of Education with a specialization in educational leadership and management from Capella University. He has a vested interested in K-12 education as his wife, Michelle, is a teacher and they have three boys 9, 6, and 5 who are in school.

Jennifer Kulics has an educational background in psychology (B.A.), exercise physiology (M.A.) and higher education administration (Ph.D.) and more than 20 years of experience teaching, mentoring and advising undergraduate students. She spent 16 years working in Division I intercollegiate athletics and served in her final role as Senior Associate Athletic Director supervising student services. In 2012, Kulics transitioned to a career in student affairs in the position as Student Ombuds. She currently serves as the Associate Vice President and Dean of Students within the Division of Student Affairs at Kent State University. In this role, she is the institution’s student advocate with a primary emphasis on the betterment of the mental and physical health and well being of college students.

Jess Krieger is a PhD student in the biomedical sciences department at Kent State University. She is a scientist who uses tissue engineering to grow organs and tissues that replace the use of animals in research and the livestock industry. She has presented her work at conferences and universities across the United States as well as international conferences in Europe. In her spare time Jess aims to support and empower women in the sciences through her involvement with the Scientista Foundation.

Dr. Keith Lloyd is an Assistant Professor of English at Kent State University Stark. The main focus of his life, work, and teaching is finding effective ways and means of communication, applying principles of rhetoric to better understand ourselves and others, and creating bridges of understanding that cross cultural, political, social, and other boundaries.

Keri is a senior, public relations major at Kent State University and a voice for the voiceless. Facing early childhood adversity in the foster system, today, Keri has dedicated herself to being an advocate for this vulnerable population. Her advocacy has led her to Washington, D.C. where she conducted valuable research on the topic. She then went on to share her findings with Members of Congress and the White House Domestic Policy Council. Keri has an undeniable passion for helping current and future foster youth. After graduation, she hopes to pursue a career where she can continue to help others through policy reform or by working with a nonprofit.

My name is Krish Mehra, and I am 11 years old and I am in sixth grade. When I was eight years old, I became interested in coding. Since then, I taught myself multiple coding languages including HTML, Java, Python and Swift. This has lead me to create two apps that have been published on the iOS App Store.

PhD, Assistant Professor at KSU for Library and Information Science

Marianne Martens, Ph.D. works as Assistant Professor at Kent State University’s School of Library and Information Science (SLIS), and serves as co-director of the Reinberger Children’s Library Center. Her research and teaching is international in scope, and covers the interconnected fields of youth services librarianship and publishing, with a special focus on Digital Youth. Martens is the author of Publishers, Readers and Digital Engagement: Participatory Forums and Young Adult Publishing (Palgrave Macmillan). Prior to her academic career, Martens worked in children’s publishing in New York. You can read more about her at mariannemartens.org.

Dr. Philip Kim is an educator, speaker and consultant. Raised by first generation Korean immigrants, Phil has worked at all of his parents’ businesses including convenience stores and gas stations to diners and food trucks. As a high school dropout turned college professor, he understands the value of hard work and second chances. His passion is to use his knowledge and experience as a way to help bridge the gap between millennials and the organizations that hire them.

Regis Louis Coustillac is a poet currently earning his English degree at Kent State University. He leads poetry workshops as a teaching artist at the Wick Poetry Center to encourage new voices to bloom from the community. He has witnessed the power of poetry to heal and share stories in action. From a grief counseling camp for children who lost family members to English classes for immigrants and refugees, he views poetry as a flexible tool that can be applied to any willing population.

Will Scharlott is a digital product designer focusing on brand strategy. This past summer, he interned at Facebook as a content strategy intern in Menlo Park, California. In Fall 2016, he worked as a product design intern at Chermayeff & Geismar & Haviv in New York City and in Summer 2015, he worked as a design intern at Landor Associates in Chicago, Illinois. During the Landor experience, his designs for Mio Liquid Water Enhancers were produced and shipped nationwide. He is currently working on his senior honors thesis and expects to graduate with honors and a Bachelors of Fine Arts in May 2017. After graduation, he will be returning to Facebook as a full-time content strategist.

William Ian Auld has been involved in theater - performing, touring and working technically - for the last twenty years. He is currently a college professor teaching Theater at Kent State University at Tuscarawas and in addition to his teaching duties, his work there includes helping run the 1100 seat Performing Arts Center. In addition to this, he lectures, educates and consults domestically and internationally as the Owner/Operator of Auld Entertainment, a business dedicated to the education of all theater practitioners to ensure a more safe and professional execution of our chosen careers, and he remains a Flying Director and performer rigger for Vertigo Flying Effects, a company providing aerial effects based out of Chicago, Illinois. Professionally, William Ian Auld is one of only a few hundred people in the world certified by the Entertainment Technician Certification Program[ETCP] for Rigging: Theater and Rigging: Arenas. 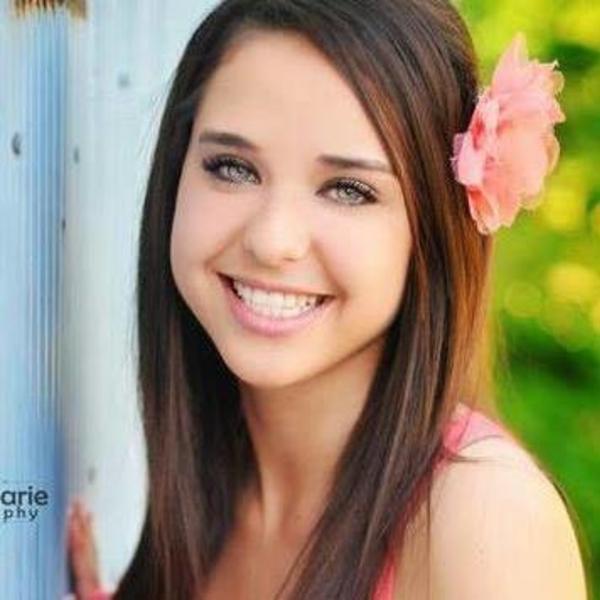 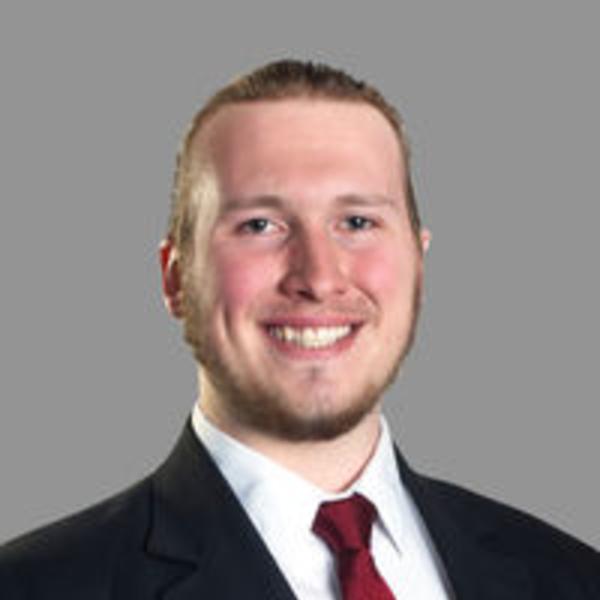