TEDxCourtauldInstitute sets out to unravel its ‘Connections’–a one-day conference of live speakers, performances and pre-recorded TED talks presented by The Courtauld Institute of Art on Sunday 12th March, 11.00am-18.30pm. Joining the threads laid out in previous events, this year we aim to bond with the communities, organisations and individuals that surround us, hear their stories, and create a greater sense of understanding and belonging between the varied groups of people we share our spaces with. Taking the Courtauld Institute of Art as a point of intersection, we strive to bind its fibres closer together, expand its network, and ask ourselves: where might the ties we establish today lead us tomorrow?

Ava Vidal is a cool and composed performer with an intriguing past. She was a teenage mum, she earned a living as a prison officer before turning to stand-up, a move inspired by watching Chris Rock. Ava Vidal has become a regular presence on television since she turned heads as the BBC New Comedy Awards' only female finalist in the very first year of her career. She has appeared on Mock the Week, Michael McIntyre's Comedy Roadshow, Comedy Central's The World Stands Up, Edinburgh and Beyond and C4 reality show Kings of Comedy. Ava was the subject of the documentary From the Top, detailing her background and development as a comedian.

Avant Arte aims to make all art accessible to anyone in the world, connect people with art and the artists they love, but also empower artists and creatives to share their dreams with the world. With the Avant Arte app art lovers can swipe through art, discover what they love and make a direct contact with an artist, gallery or museum. Avant Arte started as an instagram blog and was listed in 2016 on Huffington Post as one of the most influential art Instagram accounts and have now more than 500k followers.

Jelena Bekvalac is a Curator of Human Osteology at the Centre for Human Bioarchaeology, Museum of London, and has been at the Centre since its establishment with funding from the Wellcome Trust in 2003. Practicing in the field of human osteology since the 1990’s she has worked on skeletal assemblages covering a wide temporal and geographical range. As a curator the role is interesting and varied curating the extensive archaeologically derived skeletal assemblages, publishing material based on the sites, teaching, and participating in outreach events. Specialist interests include palaeopathology and post-medieval bioarchaeology. Currently working on research for CoLAT funded project The Impact of Industrialisation on London Health.

Julian Stallabrass is a writer, photographer, curator and lecturer. He is Professor in Art History at the Courtauld Institute of Art and is the author of ‘Art Incorporated’ (Oxford University Press, 2004). He is the editor of ‘Documentary’ in the MIT/ Whitechapel Documents of Contemporary Art series; and ‘Memory of Fire: Images of War and the War of Images’ (Photoworks Brighton, 2013).

teamLab is an interdisciplinary group of ultratechnologists established in 2001, whose collaborative practice seeks to navigate the confluence of art, technology, design and the natural world. Artists, programmers, engineers, CG animators, mathematicians, architects, web and print graphic designers and editors form teamLab. teamLab operates from a distinctly Japanese sense of spatial recognition, investigating human behaviour in the information era and proposing innovative models for societal development. The collective aims to go beyond the boundaries of art, science, technology and creativity through collaborative initiatives. teamLab has been the subject of numerous exhibitions at venues worldwide, including a current exhibition titled ‘Transcending Boundaries’ at Pace Gallery, London.

Peter Hudson is an artist and designer. He makes interactive installations that engage with the impact of digital technology on human communication. With a background in music composition and teaching, he is a recent graduate of MA Design Interactions at the Royal College of Art, after having won the Window Display Commission Award for his year-long installation at the Wellcome Collection, on Euston Road.

Robert J. Asher is an evolutionary biologist based in the Department of Zoology, University of Cambridge. He studies evolution in general and is particularly interested in the fossil history and development of mammals as well as the intersection of science and religion. His books include Evolution & Belief and From Clone to Bone, and he blogs occasionally at sites such as www.huffingtonpost.com/robert-j-asher and pandasthumb.org.

Sanjay is now Founder and CEO at SoGive, a new data-driven charity giving platform. He has been active in the charity sector for the last 15 years, having been on the board of around half a dozen charities, provided consultancy services for several more charities across the globe, and has been involved in around half a dozen groups to encourage philanthropy. He has previously worked in a niche strategy consultancy and for a major credit ratings agency, among other financial roles

Sonnet Stanfill is Acting Senior Curator in the Department of Furniture, Textiles and Fashion at the Victoria and Albert Museum, where she has worked since 1999. Her research has focuses on Twentieth- and Twenty-first Century fashion production and consumption. Past exhibitions she has curated and co-curated with accompanying publications include ‘New York Fashion Now’ (2007), ‘Ballgowns: British Glamour since 1950’ (2012) and ‘The Glamour of Italian Fashion’ (2014). Sonnet completed an MA in the History of Dress from the Courtauld Institute of Art and serves as a member of the alumni board.

Stephen Robertson has been CEO at the Big Issue Foundation since July 2007. His previous role was Director of Commercial Operations at Shelter, where he was responsible for a hundred charity stores, a mail-order business and a training business primarily focussed on Housing Professionals. During his thirteen years at Shelter, Stephen was also a member of the Management Team with cross-organisation responsibility for the strategic management of the charity. Stephen co-founded and chaired The Association of Charity Shops and also acts as Chair for the Board of Trustees of the Shoreditch Town Hall Trust. He is also the trustee of numerous charities such as London Pathway and TRAID. 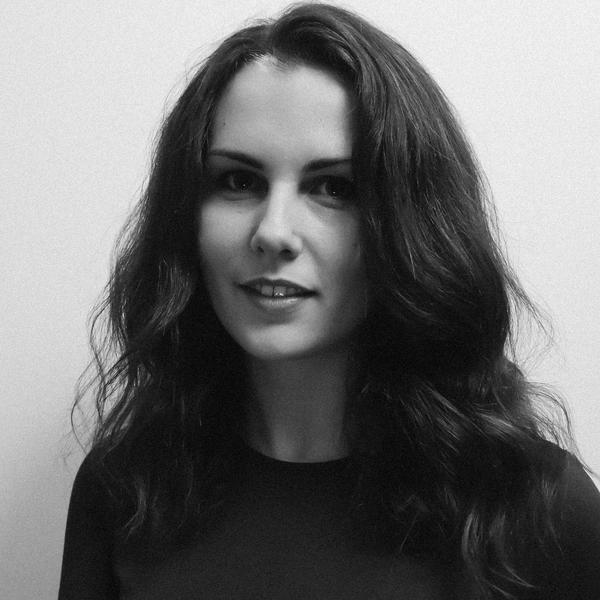