Aja is a junior at Wichita State University majoring in Psychology. She is a member of the McNair Scholars Program, and plans on applying to doctoral Clinical Psychology programs in the fall, where she would like to focus on anxiety and depression. With the advisory of the McNair Scholars Program and her mentor, she is currently researching differences in perceptions toward cell phone interruptions, and how anxiety may play a role in that perception. Apart from conducting research, her inspiration for psychology is stimulated through volunteering. She has volunteered through Amedisys Hospice and the Mental Health Association as a Compeer friend, in which she provides companionship for an adult living with mental illness. The friendship obtained through Compeer has helped secure her enthusiasm for helping others and has shaped her goal of becoming licensed to practice psychology.

Associate Professor of Theatre specializing in Technology, Innovation and Management

Ed Baker is an Associate Professor of Theatre specializing in Technology, Innovation and Management at WSU, a Past Fellow of Entrepreneurship with the Coleman Foundation, Production Manager for Seven Devils Playwrights Conference and an aspiring practitioner of Northern Shaolin Kung Fu.He serves the School of Performing Arts at Wichita State University by heading up the Stage Management Certificate in the Theatre Program and as the Technical Director for SPA Productions. He has spent the majority of his career as a professional entertainment technician in theatre, film/television, concerts, and convention/exposition venues. He earned the Bachelor of Arts degree in Communication with an emphasis in Theatre Arts from Wichita State University. After leaving Wichita he completed graduate studies, internship and residency to earn the M.F.A. in theatre from the Professional Actor Training Program at Ohio University.

Christine is a senior Psychology student at Wichita State University. She is a member of the McNair Scholars program, which helped her get started in undergraduate research where she found her passion for social justice and diversity and inclusion. With the help of her faculty advisor, she is currently conducting research on attitudes toward athletes who identify as LGBTQ. Upon graduating in May, Christine plans to pursue a graduate degree in Counseling Psychology, while focusing her research on LGBTQ issues. After graduate school, she aspires to work at a university in a counseling setting, and later, become a professor.When she is not in class or working on her research, she is a Peer Advisor at the WSU Career Development Center and a Health Care Specialist in the U.S. Army Reserve. She volunteers for the Compeer program at the Kansas Mental Health Association and is a member of the Student Government Association Mental Health Task Force.

Judge of Division 2 of the Sedgwick County District Court.

Dave Dahl is the Judge of Division 2 of the Sedgwick County District Court. He was formerly a partner with the law firm of Johnson, Kennedy, Dahl & Willis, specializing in employment law and small business start-ups, where he helped start over 1,000 businesses. Dave continues to serve as a member of the Board of Trustees of the Sedgwick County Law Library, and is a former member of the Wichita Bar Association Board of Governors. He is currently on the board for the Kansas Sports Hall of Fame and the Sedgwick County Zoo. Dave received his undergraduate and Master’s degree in Business from Wichita State University, and his law degree from Washburn University. He has been a radio color commentator on the WSU basketball games for 36 years, and he was inducted into the Wichita Sports Hall of Fame on July 31, 2010 for his broadcasting. Dave has taught “Introduction to Entrepreneurship” at WSU for the past thirty-eight (38) years, and is an award-winning Adjunct Professor.

Dr. Douglas Melton is currently a Program Director for the Kern Family Foundation, located in Southeast Wisconsin. For the past five years, he’s been helping the Foundation build a network of institutions. These institutions of higher education have faculty that recognizes the importance of developing a mindset in graduates -- alongside their technical and professional skillset. Today, the growing network includes 29 universities and colleges across the nation. Together, there are approximately 3,000 faculty members who instruct about 40,000 engineering undergraduate students. This network, as a team, is fostering the next generation of engineer; one with an entrepreneurial mindset, prepared to create unexpected, extraordinary value for others. Prior to joining the national mission at the Kern Family Foundation, Dr. Melton served as a professor of electrical engineering for 17 years at Kettering University in Flint, Michigan. It was there, through a visit to the Foundation, that he was

Guest professor at Peking University, and an incubator partner at iBeeHub in New York

Dr.Jibo He is an Assistant Professor at Wichita State University, guest professor at Peking University, and an incubator partner at iBeeHub in New York. The research interests of Dr. Jibo He include cognitive psychology, driving safety, human computer interaction, aviation safety, user experience, mobile and wearable devices, eye tracking and attention. Dr. He has published over 30 peer- reviewed journal articles in psychology, computer science and transportation safety. Dr. He has invented eight patents, which have been filed in United States and 27 European countries. Dr. He has received funding over 1,140,760 USD, including funding from National Science Foundation. Dr. He is the recipient of Star of Tomorrow Award from Microsoft and Most Valuable Graduate from University of Illinois. His work has been reported by Bloomberg News, Forbes, Kansas City Star, New York Public Radio, and APA Monitor, and appears in multiple language, including English, Spanish, German, French and Chinese.

Student, Clay Barton Scholar and the Ambassador for Diversity and Inclusion at Wichita State University

Kiah Duggins was born in Wichita Kansas to Dr. Maurice and Gwen Duggins, who taught her the importance of social justice by dedicating their lives to serving underserved communities in the education and healthcare fields. As a young African-American girl who participated in activities that many other African-Americans did not have access to, Kiah became passionate about fostering diversity by tearing down the inequitable barriers that many marginalized communities face.She attended Wichita Public Schools and graduated from the International Baccalaureate Diploma Programme at Wichita High School East before attending Wichita State University as a Clay Barton Scholar. Kiah has expressed her passion for building more equitable communities during her time at Wichita State by serving as a White House intern for the First Lady’s Let Girls Learn initiative, analyzing disparate impact data and advocating for gender-neutral restrooms as the Tilford Commission Student Diversity Task Force Chair.

Mercy Umeri is currently a graduate student of the Hugo Wall School, pursuing a Master’s degree in Public Administration and a graduate certificate in Non-profit Management at Wichita State University, Wichita, Kansas. She is a member of the American Society for Public Administration (ASPA) and a certified trainer with the Centre for Management Development (CMD) from Nigeria. Her ultimate goal is to be well equipped for a career in organizational and non-profit management so that she can contribute tangibly to the development of education for girls and women in Africa and all around the world. Over the course of fifteen years, Mercy Umeri worked in non-profit organizations and eventually started her own management and development consulting firm in 2011. She is deeply involved in building capacity for governments and organizations. She has organized educational programs and training workshops in workforce development offering performance improvement to government agencies.

PhD in Hispanic Literature from the University of Texas at Austin

Rocio del Aguila earned her PhD in Hispanic Literature from the University of Texas at Austin and her BA from Universidad Catolica in Lima, Peru. Her research focuses on gender studies and postcoloniality. She has taught courses about Spanish language, Latin-American literature and culture, and social justice in Peru, Ecuador, Canada, and the United States. She started working at Wichita State University in 2014 and serves currently as graduate coordinator of the Spanish Masters Program. Rocio is married and has a baby boy. While researching she found etiquette and recipe books that caught her attention. She has published scholarly articles on food representation in literature in Nineteenth Century Latin America and made presentations in national and international conferences on these and more contemporary topics, such as indigenous cooking technologies, authenticity in cookbooks, and the Asian diaspora through menus in Latin America. 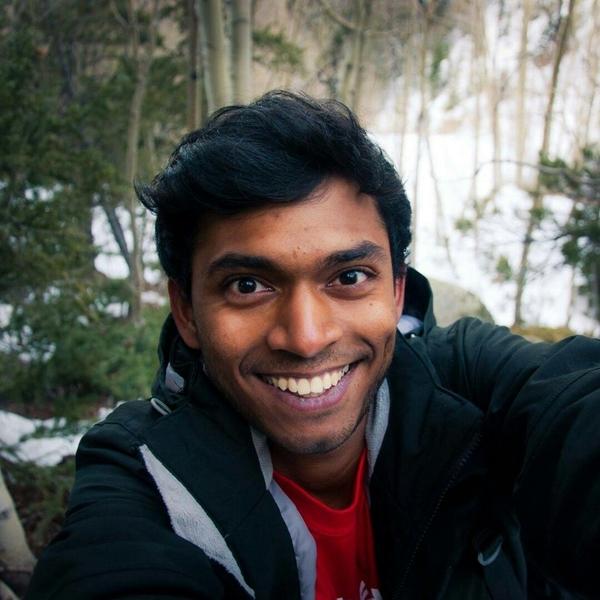