Theme: We and the World 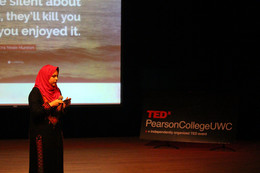 Inspired by the mission of the United World Colleges to unite for a peace and a sustainable future, TEDxPearsonCollegeUWC brings speakers from the local community of Vancouver Island and afar to share and discuss inspirational life stories and ideas of global significance. Join for ideas worth spreading. Applications to attend the event are closed. The event occured at the Max Bell Theatre at Lester B. Pearson United World College of the Pacific.

A student at Lester B. Pearson College, Alexander Carter is part of a culturally and economically diverse group of students aimed at uniting the world. He aims to shed light on one of the pressing issues that face those diagnosed with mental health problems and their families: that of labeling. He speaks from the experience of having grown up in a family constantly facing the stigmas associated with mental health problems. He watched from a young age, the people crossing the street to avoid his family, the disgust on their faces. He saw the constant battle fought to keep his sister funded. And he knows the overwhelming impact that labeling has had on families.

Ann-Bernice Thomas was the 2016 Youth Poet Laureate of Victoria. She is a spoken word artist, activist, and double major at the University of Victoria, focusing on Theatre and Creative Writing. Ann-Bernice has performed at Victoria’s Ferguson Rally in 2014, The Scotiabank Aids Walk for Life in 2015, and The Elevate the Arts Festival in 2016. She is currently working on her Poetry Comic Book. Ann-Bernice uses her voice to rally social change, discussing such themes as immigration, identity, feminism, sexual education, mental health, and racism.

Darren Maclean is a speaker, author and pastor. He serves as the founder of an alternative church in Toronto, Canada. He is well known for his innovative approach in communicating to people who feel excluded from traditional forms of worship. Mr. MacIean has served as a grief specialist, consulting individuals who have faced the deaths of friends and family. He is also the senior headline writer for one of America’s top 100 Internet companies with 250 million views a month.

Director of Admissions and Experiential Education at Pearson College UWC

Heather Gross holds a master’s degree in Human Geography and is an IB graduate of Pearson College UWC. Since January 2007, she has been the Director of Admissions at Pearson College UWC. There, she strategizes and implements student admission both internationally and as coordinator of the Canadian selection process for UWC. Before her work in the UWC system, she worked in recruitment and admissions at the University of Alberta and in informal education at the Royal Alberta Museum and William A. Switzer Provincial Park. She enjoys bringing people together and is pleased when the conversation turns to matters of geography and international education.

Youth Motivational Speaker and Book Author: "Stand Up, Stand Out & Be Confident."

Born in a poor little village in Africa. Henry immigrated to Canada in 2010. He graduated with a major in Economics at the University of Windsor in 2014. Shortly after his graduation, he started working for TD Bank Canada before taking a bold step to pursue his true passions. In 2015, he authored a book called "Stand Up, Stand Out & Be Confident,” a motivational memoir that teaches how to handle peer pressure, while building self-confidence and embracing who you are using goals, dream and vision. Henry now lives in Toronto, Canada and is pursuing his dream in Motivational Speaking.

PhD Researcher in Astrophysics at the University of Victoria

Born in Cuddalore, a small fishing town in Southern India, Karun Thanjavur’s early education was in the rural school there, and while running free on miles of white sandy beaches. Later, with a degree in mechanical engineering and a few years experience as a marine engineer, life brought him to the beautiful western shores of Canada. In his present home, Victoria, he has retrained and is now working as an astrophysicist at the University of Victoria. Mr. Thanjavur’s eclectic life’s journey includes a three-year volunteer stint in Lukulu, Zambia where he worked as a Rural Mechanics instructor in a vocational school for disadvantaged youth.

M-J Milloy, PhD, is an infectious disease epidemiologist whose research focuses on HIV among members of vulnerable populations. He is a research scientist at the BC Centre for Excellence in HIV/AIDS and an assistant professor of medicine at the University of British Columbia. He is the principal investigator of the ACCESS study, an ongoing cohort study involving more than 1000 people who use illicit drugs and are living with HIV, mainly from Vancouver’s Downtown Eastside area. Mr Milloy has published more than 100 scientific articles and is also a proud graduate of Pearson College UWC.

Natasha Grimard studies at Pearson College UWC. Fusing her passions for cooking and science, she has worked on a research project regarding refugee nutrition and edible insects for the past three years. Natasha has competed in several science competitions with her revolutionary results, winning a senior silver medal and a Manning Innovation award for her work in the 2016 Canada-Wide Science Fair.

Yousra Alfarra is currently attending Pearson College UWC as a Year 43 student. She is a native daughter of Gaza, Palestine where she was exposed to many terrors and hardships. Having survived three wars in her seventeen years, she has learned the importance of faith, perseverance, and ultimately, optimism; she has learned how to make “lemonade” when life gives you “lemons.” However she has also come to realize that it’s not always possible to make “lemonade”: Yousra shares the idea that falling apart is a human right we should all have. She hopes one day to become a professional “lemonade maker”! 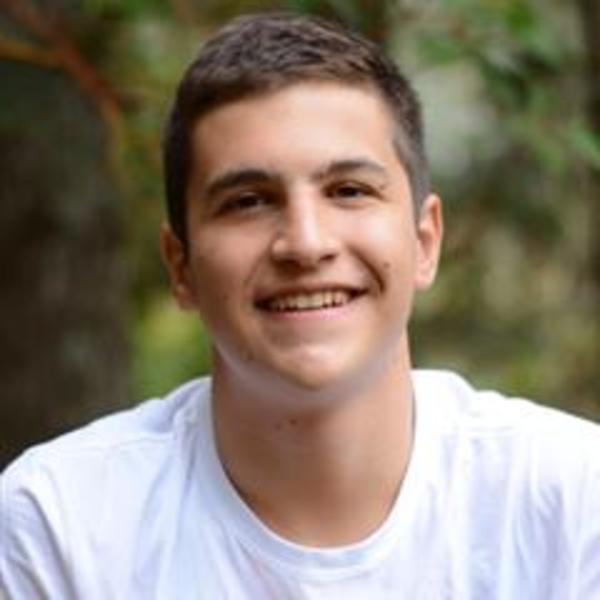 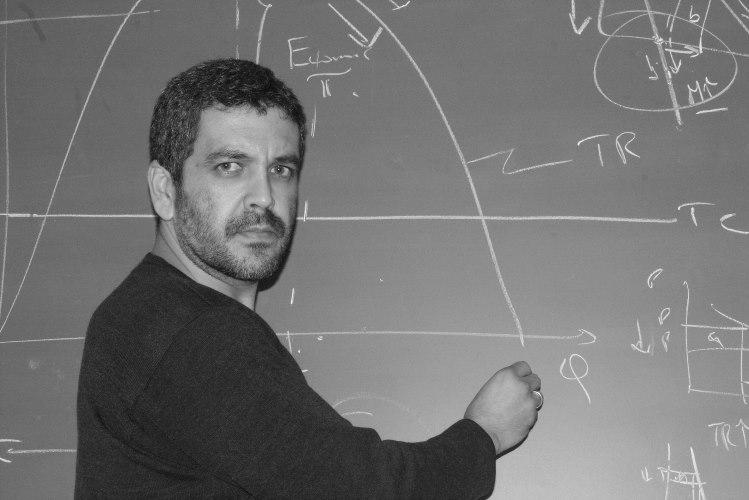