This event occurred on
May 12, 2017
Devon, Devon
United Kingdom

What does change mean to you? It can evoke excitement in some and strike fear into others. Change in our world appears to be accelerating whether it’s technology, science or politics – locally and globally. Nature, science, technology, community – the component parts of our world meet again for an exciting day of talks in Totnes.

Jake has overcome anxiety and depression and bounced back from a past of drink, drugs and run-ins with the police. He is a passionate 25 year old with a mission to facilitate change with an empathetic approach; sharing skills, practices and insights to help others find fulfilment. In recent years, Jake has been on and co-managed international tours with bands as a professional drummer and developed a reputable teaching business helping both teachers and students alike to pursue their passions. He is the creator of The Daily Happiness Program, an online course that shares science-based skills to manage and overcome anxiety and depression, along with the ‘how to’s’ of happiness, wellbeing and pursuing your dream goals with brilliance.

Kate Philbin is a writer, journalist and blogger. She writes for some of the largest organisations in the UK, including the Scottish Government, the NHS and The British Council. Kate is also wellbeing editor for a health and sustainable living magazine and the founder of a website dedicated to stories of hope and recovery. Her penchant for writing in cafes earned her the nickname The Café Copywriter. Kate is a self-confessed clothesaholic and her unique style of dressing often prompts people to stop her in the street. Following a year of personal challenge,Kate began writing a blog called Dress to Express where she shared openly about the challenges she was facing and way she was using clothes to support her on her journey back from despair. The blog attracted a loyal following and it led Kate to start asking questions. She became intrigued by our complex relationship with clothes. She wondered why people choose to wear what they wear and what turns so many of us into clothes clones.

Laurie Macfarlane is a Senior Economist at the New Economics Foundation, the UK’s leading think tank promoting social, economic and environmental justice. His research focuses on reforming the economy to align with long term interests of society. He is an Associate Fellow at the Institute for Innovation and Public Purpose at University College London, which focuses on how public policy can be used to direct innovation to tackle societal and technological challenges. He is a regular media commentator on UK economic issues, and is the co-author of the book ‘Rethinking the Economics of Land and Housing’, which was described by the Financial Times as “a lucid exposition of the dysfunctional British housing market”.

Lizzie is an independent creative director who helps people and brands shape their ideas into great visual communication — telling their stories with heart and soul. You will find Lizzie’s award-winning branding and animation projects on TV, online, in print, and more recently in museum displays. “I am all for the brave pioneers, brilliant thinkers, inspiring doers and lovely encouragers who go out on a limb to make the world a better place, and I’m here to breathe visual life into their wonderful ideas.” Lizzie learnt from some of the best in the business—Lambie-Nairn and the BBC (brand identity and design for television) and Magnum Photo (photography)—and has always pursued a love of photography and typography, exploring what lends us a sense of meaning and belonging. Alongside her studio design work, she has travelled with a number of social justice charities on photography trips around the world to help tell their stories. Lizzie now distils 20 years industry experience into a u

Mae Karthauser is a songwriter with a rich, acrobatic voice and a distinctive circusesque piano style. Raised in a musical family and one of seven children, she began learning piano, violin and singing as a child, before going on to study at Dartington College of Arts and California Institute of the Arts in LA. Her training began classically, but quickly spread to music spanning Eastern Europe, Bulgaria, Africa, North India and Java as well as in jazz, folk and more popular modern styles. She has performed her songs in France, Austria, Italy, Spain, Belgium, Sweden, Norway and California and experiments often with contemporary circus – she has played whilst harnessed off the edge of BBC Television studios, dangling from the side of an old English fire engine and whilst flying tandem over the French alps in a paraglider. Mae has worked with circus companies such as Svalbard Company Sweden, Gratte Ciel and The Flying Frenchies (her music appears on the film “Petit Bus Rouge”).

Martin Boroson is the creator of One-Moment Meditation®—a radical approach to meditation training that helps people break through the time barrier, get started meditating now, and experience the power of just one moment of focused attention. His short, animated film, How to Meditate in a Moment, has been seen by almost two million people and his book, One-Moment Meditation: Stillness for People on the Go, now in twelve languages, was featured as a thirty-day series on stress relief for Oprah.com. Responding to demand for training in this technique, Marty founded the One Moment Company, which now delivers training and consulting to large organizations and the public, helping people reduce stress and boost creativity and resilience through present-moment awareness. Marty’s background includes studying philosophy at Yale and earning an MBA from the Yale School of Management. He has practiced Zen, worked as a psychotherapist and theatre producer, and trained in the facilitation of break

Humanitarian, inspiring speaker, human guinea pig, powerful storyteller and author of ‘Wild Awakening: 9 Questions that saved my life.’ Mary has spent most of her adult life working with teenagers and vulnerable people in the community, including a prison, young offenders’ units, schools, women’s groups and inner-city charities. She has trained, mentored and coached individuals, start-ups, Social Enterprises, CEO’s and teams within large organisations and Charities. Described by Princess Badiya of Jordan as “A very inspiring lady” and “A powerhouse destined for greatness” by best selling author Robert Holden, Mary is a real force of nature. With the ability to transform every challenging situation into a triumph, Mary naturally inspires others to step up, wake up and get real. To find out more visit www.marydaniels.co.uk

Nina Farr is an Exeter based Leadership Coach working with lone parent and step families. She helps parents make the transition from traumatic family breakdown into inspired and positive parenting. She has been supporting families for over 5 years, working closely with local charities and services to reach out to families recovering from domestic abuse. ‘I believe there is no-one better placed to support your children through times of chaos and change than you are. I’m here to show you how to rediscover the joy in parenting, no matter what challenges life is throwing your way.’ Nina has experienced lone parenthood and step parenting herself, and is the author of a leadership program for lone parent called ‘Family Vision’. She is currently writing a book that will help take the message of empowerment, positivity and joy in parenting to many more diverse families. Nina is a passionate advocate for families who too often find themselves disadvantaged by their circumstances. Her mess

Rob Barratt is a Dudley-born and Cornwall-based comic poet, humourist and singer. He is also a retired teacher and the membership secretary of Plymouth National Union of Teachers. His brain-tickling, word-mangling performance combines clever word play, verse and song with satire, parody and audience participation. Rob deals with such important topics as squid, data-driven education, Neanderthals, the weather in Scotland, distressed furniture and tuk-tuks. In recent years Rob has appeared at folk, literature and arts festivals all over the UK and in Australia.

Saif Ali, is the founder and community engagement facilitator at Integr8 UK, a non-for-profit community development organisation. Inspired by his 18-year journey of seeking asylum, Saif founded Integr8 UK in 2015 right after receiving his leave to remain to enable refugees and asylum seekers to overcome cultural polarization, social isolation and disintegration of identity. Through his collaborative work with other refugee support agencies, Saif aims to create unique opportunities to enable people to integrate into their host community and empower them to lead a purposeful life and work experience in the UK beyond their limitations. Saif envisions a world that is enriched by the diverse experiences and unique gifts that refugees and asylum seekers carry. His mission is to empower them to uncover those gifts and share them in a world where everyone feels respected, included and able to embrace their differences and celebrate their individuality.

Support of refugees and asylum seekers

Saif Ali, is the founder and community engagement facilitator at Integr8 UK, a non-for-profit community development organisation. Inspired by his 18-year journey of seeking asylum, Saif founded Integr8 UK in 2015 right after receiving his leave to remain to enable refugees and asylum seekers to overcome cultural polarization, social isolation and disintegration of identity. Through his collaborative work with other refugee support agencies, Saif aims to create unique opportunities to enable people to integrate into their host community and empower them to lead a positive life and work experience in the UK beyond their limitations. Saif envisions a world that is enriched by the diverse experiences and unique gifts that refugees and asylum seekers carry. His mission is to empower them to uncover those gifts and share them in a world where everyone feels respected, included and able to embrace their differences and celebrate their individuality.

Sean took a risk in 1987 and opened Sands School which is run on a new set of principles – those of ‘democratic education’. Rules are decided collectively, there is no uniform, all the staff are paid the same, and everyone is on first-name terms. No adult has a power of veto, and everyone participates in running the school and doing chores. Sean’s teaching approach follows a concept he calls ‘aesthetic learning’. Based on relationships, confidence and trust, he builds learning around an emotional connection to the material using debate, questioning and a range of media. His overall goal is to get his students to think, so they can understand themselves and be creative, empathic and critical. Democratic education entails that students learn in and outside the classroom about what it means to be a global citizen and the responsibilities we have toward one another. 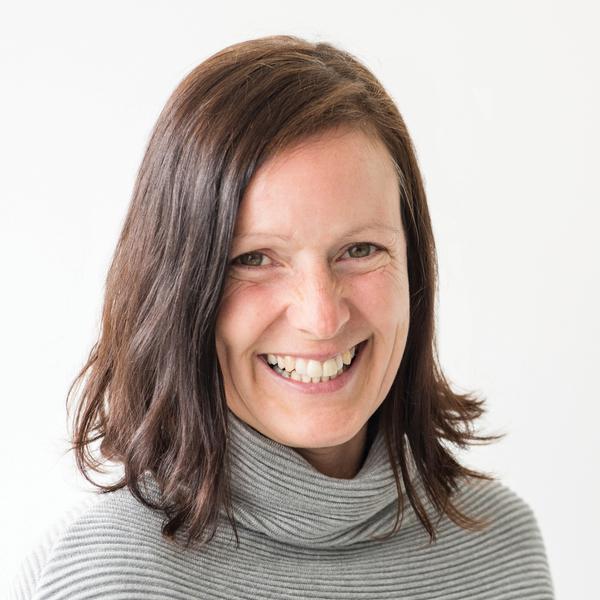