Day long event with 15 speakers/presenters along with dozens of exhibitors showing off the latest in Technology and Design.
Food and drink provided all day along with a VIP after party with the speakers. Come to learn and then stay to mingle...

We will also have cutting edge tech like Tesla, Occulus Rift, Microsoft Holo Lens with hands on exhibits. Along with other social activism, design and entertainment throughout the day. Food, drink and awesome swag is what we are known for -- you will not be disappointed.

Come one, come all - come to meet people and come to learn... Ideas Worth Spreading.

Founded and led by Diadié Bathily, Afriky Lolo is a non-profit organization that is committed to bringing West African dance and culture to the communities of St. Louis, Metro East and the greater Eastern Missouri region through teaching and performing. Bathily is a master dancer and choreographer from the Cote d’Ivoire, West Africa. He immigrated to the United States in 1998. He has a strong personal and professional desire to share the beauty, culture and passion of West African dance with Americans, especially African Americans.

Brett Ledbetter specializes in human performance and team cohesion. He's worked alongside some of the most elite people in sports. Ledbetter facilitates monthly head coach meetings at the following universities: Florida, Georgia, Oklahoma and Oklahoma State. These discussions continue to uncover unique insights that lead to practical ways to maximize team potential. His work serves as a continual reserve for dealing with up-to-the-minute issues in sport.

Storyteller, poet, author, and award winning advertising creative Cheeraz Gormon is from St. Louis, Missouri, and every bit a native daughter. She recently appeared on VICELAND’s Abandoned, which was focused on closed and neglected schools in St. Louis. The opportunity, in effect, introduced her and her love for the city to an international audience. As a poet, Cheeraz has opened up for scholar Cornell West, MacArthur Genius educator and curator Dr. Deborah Willis, and hip hop impresario Russell Simmons on stages nationally, and internationally

Denise E. Wilfley, Ph.D. is an international authority in the etiology, prevention, and treatment of eating disorders and obesity, and has devoted her career to improving the lives and health of children and their families. She is the Scott Rudolph University Professor of Psychiatry, Medicine, Pediatrics, and Psychological & Brain Sciences at Washington University in St. Louis and has received over 20 years of continuous research funding from the National Institutes of Health.

Dr. Brody is an MD, PhD trained, board certified neurologist with both a research and clinical specialization in traumatic brain injury and neurodegenerative diseases. He is a native of La Jolla, California, did undergraduate work in Biology at Stanford, and completed the medical scientist training program at the Johns Hopkins University. His internship, residency, and post-residency training were at Barnes-Jewish Hospital and Washington University. He is currently a Professor of Neurology with an adjunct appointment in Biomedical Engineering.

Jim Carrington is president of the Donald Danforth Plant Science Center, a St. Louis-based non-profit organization that focuses scientific research and innovation at the nexus of food security and the environment. Jim leads the Danforth Center in delivering on its mission is to improve the human condition through plant science. With nearly 250 employees, the Danforth Center is the largest independent plant science institute in the world.

Dr. Jim Russell (aka Dr. Jim) is a Licensed Counselor working in clinical practice with people who are very bright but who have learning differences. He works with a wide range of "human beings" from preschoolers to seniors. He is a Department of Elementary And Secondary Education (DESE) Certified School Psychological Examiner for the State of Missouri. Dr. Jim instructed graduate students in both the departments of education and counseling. He is presently an Adjunct Instructor at Washington University, and he has been an instructor at Webster University, the University of Missouri, and at the St. Louis Community College.

An estimated ten to fifteen million happy families come together each year to enjoy Jim Wible's creations. Devoted to communicating ideas and bringing imagined worlds to life, he partners with leaders in the entertainment industry like SeaWorld, Georgia Aquarium, Universal Studios, and Chimelong Ocean Kingdom, creating new attractions to entertain and inspire. Jim's passion is building one-of-a-kind destinations that bring families together and creating memories that last forever.

Letter to Memphis is an indie folk band from St. Louis, MO named Riverfront Times Best Folk Band 2015 and 2016. Their sincere and heartfelt original songs explore sounds rooted in blues, jazz, classical, and country, with themes ranging from the fervently emotional to the whimsical. Dynamic vocals come together with complex to bare-bones arrangements, creating a charismatic and inspired performance that always keeps audiences on their toes. The band released their first full length album entitled “Phases” worldwide in August, 2014, and their follow up album “Come on Home” in February 2016.

Mallory Nezam (Founder of STL Improv Anywhere) instigates unexpected creative interactions in public space. Nezam chooses to place art and play in the context of public space to disrupt routine and reconnect passerby with the magic of being alive. Interested in the experiential and bodily, her work does not point at the thing but becomes the thing and invites to audience to take active part. Nezam believes that collectively performing creative expressions in public builds a sense of connection between citizens and ownership of place.

After graduating from MIT with a degree in computer science, Maxwell joined Pixar as a Technical Director, solving the creative and technical problems of making 6 animated feature films: Cars, WALL-E, Up, Brave, Monsters University, and The Good Dinosaur. As amazing as Pixar is and will continue to be, after 10 years, Maxwell felt that the technical problems of making a computer animated film had been worked out. So he left to find his generation's leap forward in entertainment technology and help build something that is novel, awe-inspiring and unsolved. He found what he was looking for in virtual reality, a new medium for how we tell stories and touch our audiences.

ending the school to prison pipeline

Dr. Norman "Norm" White is an Associate Professor of Criminology and Criminal Justice and Associate Dean for Community Engagement and Empowerment in the Saint Louis University College for Public Health and Social Justice. Serving as a VISTA volunteer during his undergraduate experience he worked with local law enforcement and school personnel to develop a community centered tutoring program in the local community. Upon graduation Norm spent 15 years of his life working with youthful offenders in correctional settings before returning to school and earning his Ph.D. His life and work experience led to an interest in understanding the development of delinquent behavior through the life-course.

Born in 1964, with Spanish & Native American Indian roots, Artist Raven Fox's greatest creative influences came out of the late 70's / early 80's Pop Art era. Notably connected with the late artist Keith Haring, who he became friends with while studying graphics at the School of Visual Arts in NYC. During this time, Raven assisted Keith with many of his various high profile art projects, including the Central Park "Free South Africa" poster campaign, producing various nightclub events, and helping him open "The Pop Shop." To this day, he still draws upon that art world experience ~ adopting a Haringesque style and a soulfully deep passion for mixing art, music & technology.

Tristram R. (T.R.) Kidder is an archaeologist, geologist, and environmental scientist in the department of anthropology, Washington University in St. Louis; his research explores how climate change has affected humans through time. Increasingly, though, his work investigates how humans have changed climates and environments and how, in turn, this shapes human history. Focusing on the last ten thousand years, T.R.'s work studies how, and when, humans began to be a force capable of changing nature. By looking at different societies and types of social groups, such as hunter-gatherers in coastal Louisiana, pastoral nomads in Uzbekistan, or dynastic civilizations in the Yellow River region of China,

Poet-in-Residence at the Endangered Wolf Center

Travis Mossotti is a poet and lecturer who serves as a 2015 – 2016 Regional Arts Commission Artist Fellow and also as the Poet-in-Residence at the Endangered Wolf Center in St. Louis. He was awarded the 2011 May Swenson Poetry Award by contest judge Garrison Keillor for his first collection of poems About the Dead (USU Press, 2011), and he continues to have his work featured in literary journals and magazines from Dublin to Los Angeles. 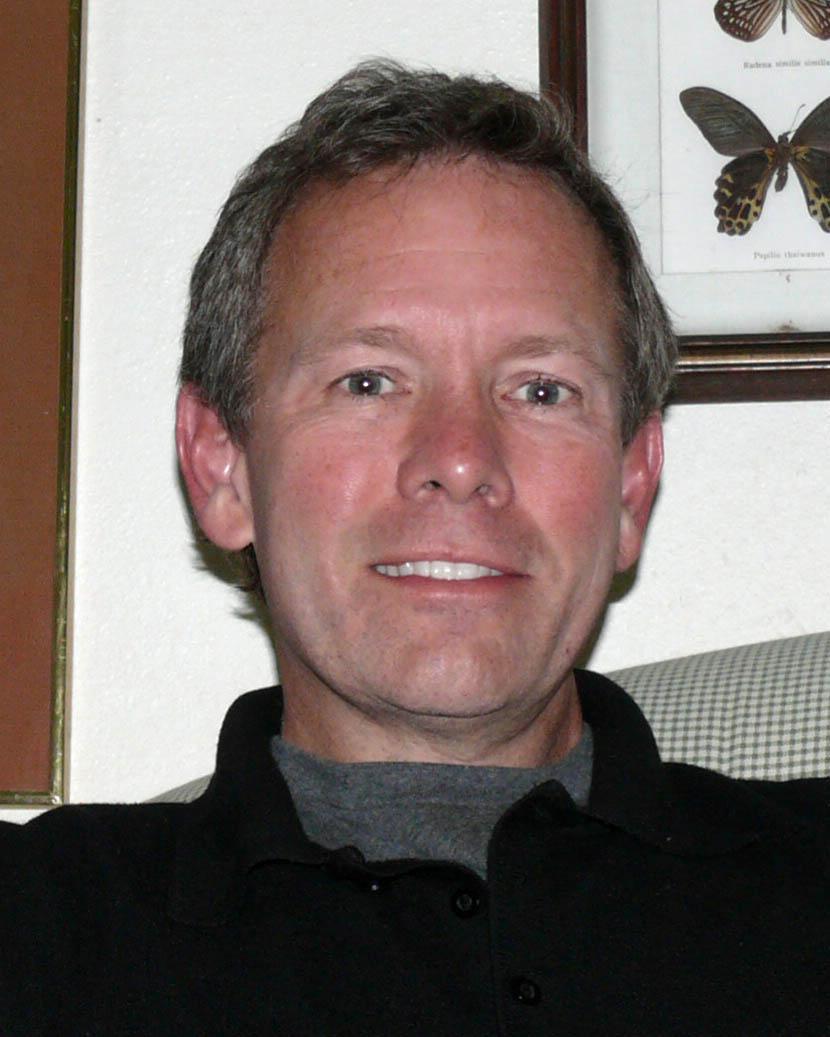 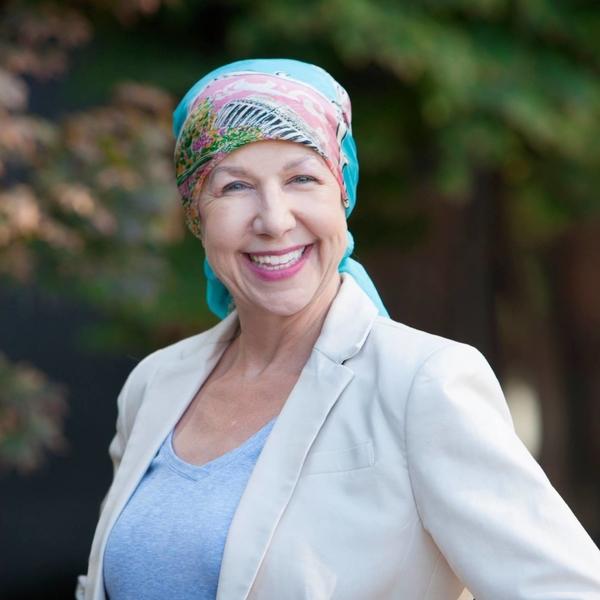