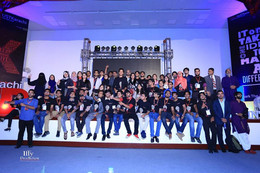 Every revolution begins with a spark.

At TEDxNUSTKarachi, we want to bring visionaries, innovators, problem solvers, doers, funders, connectors, and their community into one space. We want to expose them to brilliant ideas. With all of these people gathered in one space, it's inevitable that sparks will happen, ideas will find momentum, and positive change will take birth. A seed that can push boundaries, and reinvent our local society. This is our dream for TEDxNUSTKarachi. And we want you to be part of it.

Technical entrepreneurs out to save the world! With several years of experience in creating innovative solutions in the realms of design and technology, this group of four individuals boast a unique combination of skills and expertise. The group, Tryton, is now developing affordable accessibility solutions for the physically impaired. Their most recent endeavor being the design of a wearable exoskeleton for paraplegics.

Dr. Amjad Saqib, is the founder of Akhuwat, world’s largest interest free microfinance program. A graduate of American University, Washington D.C., Dr.Saqib was selected for the topmost bureaucratic institution, the Civil Service of Pakistan in 1985. Having stood out as a public servant, he resigned from service in 2003 with the intent to dedicate himself to becoming a social entrepreneur and make a difference through Akhuwat – which was launched in 2001.

he is dr. ismail shah

Engr. Prof. Dr. Athar Mahboob, TI is an academic leader par excellence. He is the Vice Chancellor of Khawaja Fareed University of Engineering & Information Technology, Rahim Yar Khan. Earlier he had been a Professor and Dean at the DHA Suffa University, Karachi (2012-15). He obtained his PhD in Electrical Engineering from National University of Sciences & Technology, Pakistan in 2005 and obtained BS and MS degrees in Electrical Engineering both from Florida State University, Tallahassee, Florida, USA (1992,1995). He has over 25 years of teaching, research and industrial experience in various prestigious universities and organizations in Pakistan and abroad.

Business leader with enriched experience of operating on three top teams in emerging markets and specialising in HR strategy, talent, leadership and OD in a global matrix environment. Worked in South Asia, Middle East and the United Kingdom operating in a variety of strategic and operational roles over last 16 years in a FTSE 10 company. Proven track record in building teams and start-ups, turning around company culture, supportive massive growth agenda, building leadership benchstrength and acting as a trusted advisor to the line including the Board Executives. Currently operating as a Consultant where extensive HR operational & commercial experience ensures delivering simple, practical and business relevant solutions.

Junaid Akram is a powerhouse of wit, humor, sarcasm and satire. A stand-up comedian and now a popular social media figure, Junaid Akram has an opinion about almost everything. It really doesn’t matter if you agree with him or not, but he sure knows how to make you laugh.

Samad Abbas, the man who needs no introduction when it comes to trainings and development industry. He is one of the leading trainers in Karachi with the privileged of being the youngest trainer ever stood in Agha Khan’s in-house training programs. Few of the famous companies with which he has been involved are, including British Council, Karachi United Football Foundation, Liberty Textile Mills , Agha Khan Hospital and Tetra Pak. He has trained more than 25000 individuals and corporate personnel so far and currently heading the leading youth development organization, Training and Consultancy services as Director and Chief Training Officer And personal career development officer at Habib University Foundation. Samad Abbas excels in whatever he does. His one side is full of fun and humor and other side is the one where he takes you to the journey of learning and self development.

He is the proof that childhood passions, if followed persistently, can transform into blooming careers. With his camera in his hand, he chases life wherever it takes him, and the moments that ignite his passions, and preserves his favourite bits Seeing the world through the lens of a camera, Mustafa Ilyas has captured artistic ideas and expanded his services to cater to the growing needs of his demanding & imaginative customers

Sulaiman Dawood is an engineering student with a keen interest in law, religion, psychology and medicine. Apart from teaching, he works as a human rights activist to promote racial harmony, and fights actively against sexual abuse and suicide, in the socially suppressive atmosphere of Pakistan. His debut novella,‘White Lies’ from The Pinnacle of Deception’ series is partly inspired by the hardships he has faced in his life, more specifically his years of battling depression, abuse and PTSD. Language has always been one of Sulaiman’s greatest assets. Born in Karachi, he was raised among a family of teachers. He started writing at an early age. Sulaiman has also developed FUSED – First Urdu Speech Emotion Database. A set of threshold values for basic emotions elicited in Urdu. He is currently leading the project with a team of dedicated professionals. Sulaiman loves to travel and spends his leisure hours watching anime. He is an active member of the MMORPG ‘League of Legend

Taimoor Salahuddin better known by his stage name Mooroo is a Pakistani entertainer, singer-songwriter, actor, director, producer and vlogger. Since the beginning of his career in 2011, his songs and music videos have been nominated for Lux Style Awards five times, wining it once in 2016. He is also the co-founder and managing director of Karachi-based production company Aflatoon Studios. Mooroo gained popularity in 2013 with his two singles "Tasveer" and "Tere Bina". The single "Tere Bina" won Fifth Youth Festival award for ‘Voice of the Year’ and its video was called the best video by newspaper DAWN. He was also nominated for Lux Style Award for ‘Best Emerging Talent’ in 2013. In 2014 Mooroo became managing director of production company Aflatoon Studios.

Umair Jaliawala is a trainer by passion, an entrepreneur by profession and a social worker by persistence. Having worked with over 103,000 corporates, youth, teachers, social workers, Umair has had opportunities to influence topline professionals to individuals in far-fetched villages, marginalized communities, people with disabilities and relief camps. A business graduate by qualification, Umair is a Director at School of Leadership – a premier youth leadership development firm; Founder, Torque Corp - a management consulting and training outfit; Executive Director, The Indus Entrepreneurs (Karachi) - a global movement to foster entrepreneurship with its roots in the Silicon Valley and Executive Member, Trainers Resource Group (TRG) - a 15-year old legacy of the then HR gurus in the country. In the past, he has set up Young Leaders' Conference 2006 and been associated with it as a lead trainer since then.

Having worked for over 27 years in world-renowned multinationals in Pakistan and the region, Veqar has joined Jaffer Group as a Director and is heading Jaffer Business Systems and is involved in Group affairs on the Board. Veqar is an astute businessman, a high achiever and a marketer par excellence. He is also an inspirational leader, who has led his teams successfully and grown the businesses he was involved in. He is also known for his out of box approaches. Veqar has a Masters in Commerce from University of Karachi and has attended professional trainings in various parts of the world. He has always been a Top Global Talent in every multinational he was associated with. Prior to his association with Jaffer Group, Veqar has been with Comptel Corporation, Nokia Corporation, Nokia Siemens Networks and NCR Corporation at senior Executive positions in Pakistan and abroad.

Current Skill City [Asian answers. To Asian questions] Bahrain, Skillcity Previous British Council, University of Management & Technology (then ILM), Muslim Aid, London Education University of Kent Wali is a LinkedIn writer, an international consultant, speaker, leadership trainer and executive coach. Wali is CEO of SkillCity Bahrain [Asian answers. To Asian questions], a new-generation learning firm with a developing-country perspective. A native of Pakistan, he has spoken to audiences all over the world. A futurist and disruptor, his thoughts are often considered inconvenient and unconventional, sometimes controversial. He appears in print and TV on Pakistan 2050. He blogs at: walizahid.com. With the insight of original thought leaders, Wali has trained thousands of business leaders in over 20 years from Fortune-500 companies.

Yousuf Bashir Qureshi’s talents and passions range from fashion design, photography and painting, to food science and farming. The cultivated man has been successful at anything he touches, including his recent project ‘United Pakistan’, a social program that he initiated amidst the recent flood disaster in Pakistan. Qureshi graduated from the University of Nebraska with a major in Food Sciences, a degree that would prepare him for his expected career as a landowner in the Interior Sindh of Pakistan. His transition into the art world began while he was working in the United States as a horse trainer, yet another unlikely inspiration. Qureshi’s creative streak was recognized immediately when he began to design clothes for himself for his work. The designs became very popular and brought an Indian cavalier charm to the horse shows. After graduation Yousuf opened a fashion café in Lincoln, Nebraska, called the Silk Café, after the Silk route that runs along the Pakistani border. 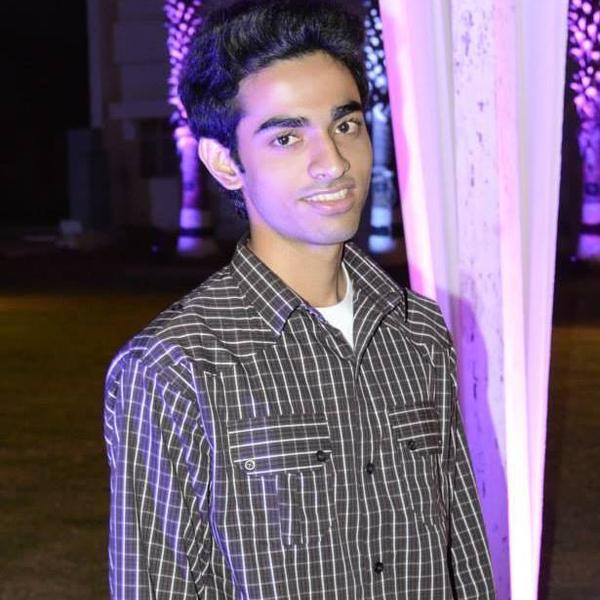