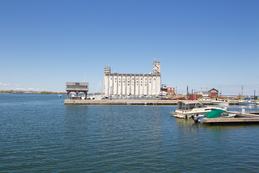 After spending 8 years in the digital animation industry, working on a number of children’s television cartoons and on faculty at Centennial College, Amy’s career path took an interesting turn. She was given the opportunity to return to her childhood passion, dancing, and facilitate “dance party”-like workshops with thousands of students and teachers in the public education sector. The unexpected discoveries from these experiences, working with teachers, learning the system's many expectations and requirements, and witnessing the challenges students face in our rapidly changing world, led her to developing integrated, movement based teaching tools with the goal of helping teachers to equally infuse physical, cognitive, social/emotional development into their everyday practice. Her work is being used in classrooms across the country, and been presented at:The Canadian Association of Principals, Ontario Math Educators and International Physical Literacy Summit.

Ann began her legal career acting as a lawyer and business advisor for numerous private and publicly held companies. She specialized in corporate securities and intellectual property law within the entertainment and consumer packaged goods industries. Her parallel passion for health and wellness led her to quit law and found and operate a number of superfood companies. Ann is a well-respected public speaker and health advocate and has written two health based recipe books: “Be a Better Being” and “Eat Super, Be Super”. Over 6 years ago, Ann’s passion for plant-based wellness and entrepreneurial opportunities resulted in her funding, co-founding and acting as Chairman for the first Canadian licensed Medical Cannabis Company: Peace Naturals Project. A year ago she sold the majority of her interest to the medical cannabis public company. Her greatest accomplishment is being a Mom to her 2 teens, who keep her on her game at all times.

Brent Preston worked as a human rights investigator, aid worker, election observer and journalist on four continents before finding his true calling as a farmer. In 2003 he and his wife, Gillian Flies, abandoned successful careers in Toronto, packed up their two young children, and moved to a run-down farm outside Creemore, Ontario. Since then, they have built The New Farm into a thriving business and a leading light in the good food movement, providing vegetables to some of the best restaurants in Canada and raising over half a million dollars to make local, organic food accessible in low income communities. Brent writes for the Huffington Post and the Globe and Mail. His first book, The New Farm: Our Ten Years on the Front Lines of the Good Food Revolution, was published by Random House Canada in May.

Caralina attends St. Mary's Catholic school in Collingwood. She is the self-published author and illustrator of Side Walk Chalk and High Hopes and is the winner of the Young Author's award OECTA 2017. Currently, Caralina is performing in a local production of Anne of Green Gables. Caralina spends her Saturdays busking at the Collingwood Farmers' Market in the morning and singing with the Trinity Band at St. Mary's Church in the afternoons. Some of her ambitions are to be an author, illustrator, musician or possibly travelling journalist/photographer. She gets a lot of her ideas from her 'big old house', friends, family and her crazy go

Clara Arnold is part of Canada’s National Glee championship team, placing first in the National championships in 2017. She is an aspiring actor and movie producer; at eleven years old writing, filming and editing her first mini-movie, “The Amazing Race Mini-Games.” She has performed as Simba in The Lion King and regularly sings in Glee productions at the Meaford Hall. She was awarded 2nd place at the Regional Speech competition for Simcoe County, and placed fourth in the Regional Slam Poetry contest. Clara has balanced her singing and acting with her exceptional track and field abilities as well as her performances in Silks. She runs her own business called Clara’s Dog Walking and her greatest hope is that one day, schools will change the way they go about the business of schooling.

Dan Gunn is a lifelong community builder. From starting companies, to elected office, to CBC radio contributor to his current role as CEO of VIATEC (the Victoria Innovation, Advanced Technology and Entrepreneurship Council) he has spent more than 20 years in hands on roles building communities, economies and art cars. A lover of creativity and innovation, Dan takes pride in the unconventional and pushing limits. The lines between Dan's work and personal life blur in every imaginable way and VIATEC and its events are more likely to be influenced by Burning Man and Tall Tree than any other typical business event. "It's okay to be a bull if you know when you're in a china shop - and when you're at the rodeo."

Elaine Chin, MD, MBA is a North American trailblazer of personalized medicine who leverages biometric and monitoring technology along with predictive analytics to improve the health and performance of individuals. Using leading edge diagnostic tools, she has discovered the power of telomeres science to support her claim that everyone can help themselves live longer, perform better – and feel younger too. Dr. Chin is the founder of Executive Health Centre, a personalized medicine practice in Toronto, focusing on peak performance through an integrative science based approach to maintaining optimal health. She is a recognized expert in the practice of precision medicine. She is the author of, “Lifelines – Unlocking the Secret of Your Telomeres For a Longer, Healthier Life”, on the Globe and Mail’s Top 10 Best Seller List.

Lee Bartel is Professor Emeritus of Music and Health and Music Education and at the University of Toronto and Member of the Board and Chair of the Research and Education Committee for the Artists’ Health Alliance. He served as Faculty of Music Associate Dean of Research, and was the Founding Director of the Music and Health Research Collaboratory (MaHRC) at University of Toronto from 2011 - 2015. He is a Member of the Collaborative Program in Neuroscience, Cross-appointed to Institute for Life Course and Aging, as well as the Graduate Department of Rehabilitation Science. He taught graduate courses on Music and Brain as well as Social Psychology of Music. With extensive early experience as a music teacher at all levels and as a performing choral conductor, singer, violinist, and guitarist, he has special interest in conditions of learning, pedagogic culture, social psychology, and music in human development.

Heather Korol is a life-long coach and speaker. She is the Author of A Slice Of Happy ~ Because the Whole Pie is Overrated, she is the co-founder of Hark Events Inc., and the sole owner of Results Coaching. Heather believes, “You can’t have it all. You must choose, with brutal honesty, which goals are most important, and pursue them with passion and energy.” She is a writer for Get Out There Magazine, Mountain Life Magazine and the Huffington Post. Her irreverent, witty style keeps her readers engaged, as she weaves a tale through the lens of her perspective.

Jean Leggett is a stand-up comedian who found herself running a video game company. In 2001, she graduated university with a BA in English, tech skills and a wicked sense of humour. Fresh from rejection of a Masters proposal to study the impact of the Internet on traditional publishing, Jean went on to develop websites and databases for several non-profits. With a hypothesis that if you can teach the software to a 10 year old, you can teach it to a 40 year old author, Jean and Blair ran summer camps with youth aged 10 & up. They found themselves accidental educators, learning from the very kids they were teaching.

Samantha has also worked to impact her student community at the University of Toronto as Vice President Academic of the Engineering Society, recently leading a team to develop and launch an online platform to facilitate mid-course feedback for thousands of students across the Faculty of Applied Science & Engineering. Her leadership in the University of Toronto community has been recognized through three Faculty-nominated awards in engineering leadership, as well as the 2017 Engineering Society Semi-Centennial Award. Samantha further sits on the BMO Millennial Leaders Advisory Council, a group of young women selected from engineering and business programs across Canada to provide feedback on corporate initiatives in diversity and inclusion in the workplace. Samantha (when not working hard) can be found skiing, looking for an excuse to travel, or practicing classical voice.

CEO She Can Trade

Sarah Potter is the author of How You Can Trade Like A Pro: Breaking into Options, Futures, Stocks and ETFs (Published by McGraw Hill) and founder of www.shecantrade.com Sarah is well regarded as a trading and market expert and is well known for her trading consistency and straightforward options strategies. Her unique skill set, including her Masters of Education allows her clients to learn about trading markets and market analysis in a clear and understandable way. Sarah Potter has both written for, and been featured in: Forbes.com, Tradestation, All Stars of Options, Traders Expo, Scotia iTrade, TheStreet.com, Yahoo Finance, AOL Daily Finance, Active Trader Magazine and more.

Sue Volpe - founder/owner of “Untangled Living” (manufacturer of children’s green and healthy living products, and “Naked with Sue” a resource for inspiring and supporting Female Entrepreneurs. Sue studied Business and Communications at the University of Ottawa and at 22 years-old found herself Los Angeles bound. Sue was determined to learn as much as she could about business, the media world, natural health and the adventures of life – pursuing all of it with passion and gusto. This road lead to several years of entrepreneurial experience in manufacturing, design, entertainment, natural health, green living speaking, writing, consulting and advocating for the things she feels passionate about.

Tyler is 34-years-old, born in Meaford, Ontario currently living and teaching in Flesherton, ON. He is a teacher, artist, author, entrepreneur, dancer, entertainer, and founder of a core value and behaviour intervention program for elementary schools. He received a Bachelor of Fine Arts from Concordia University in Montreal QC and a Bachelor of Education from Western University, London, ON. He is the host of the local chapter of Dragon's Den and is the hype guy for The Canadian Cancer Society's annual 5k mud run. 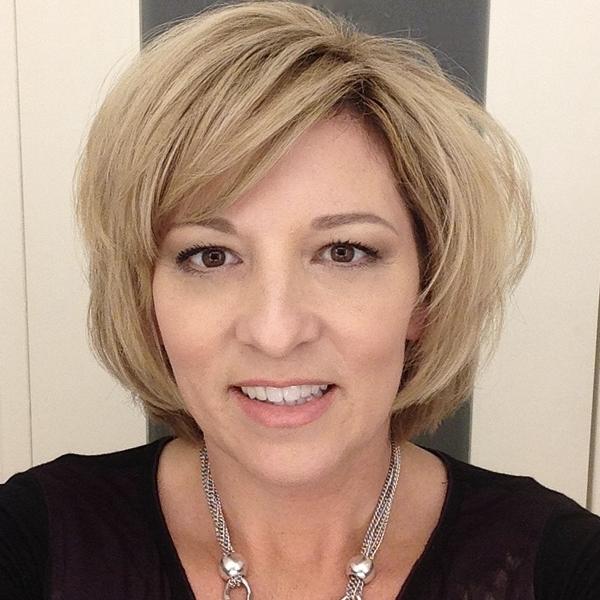 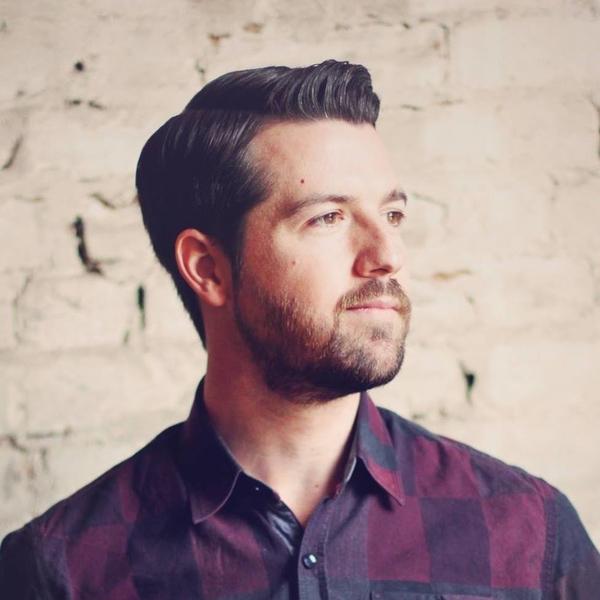