It has never been this important to channel and share new ideas about our future and to tell the stories with the potential to bring change!
TEDxMaputo is the perfect forum for shaping the future: here people come together to share ideas and the TED experience.
With the theme "Catalysts", the second edition of TEDxMaputo comes with the mission to accelerate the reaction and catalyze the out-of-the-box ideas that can change Maputo and the world.
Local speakers will share and inspire in this unique opportunity to spread ideas from our community and share them with the public in Mozambique and in the World.

Architects, visionaries and dreamers, Ana Raquel and Wilford Machili are in pursuit of a balance between human nature and architecture designs. With Estudio 5, their company, they started a project of inclusive creative process with clients where they discuss human needs and different conditions to take in consideration when it comes to letting the design create themselves.

Celma Costa does not spend a night without looking at the stars. Graduated in Political Science and Anthropology from the University of Pretoria (South Africa), Celma Costa believes in the potential of each individual from the education and expression of freedom. Artist, thinker and community development agent, Celma does not miss a good and genuine conversation about what interests her the most: humanity.

Cláudio Ferrão has a degree in Administration and Management, an entrepreneur, founder of a social enterprise called Orèra Moçambique, which recycles waste (tires, drums and pallets) discarded in the environment and transforms into recycled furniture, thereby helping to combat environmental pollution. He has worked as a project manager running a number of projects to support young people in setting up businesses, including projects funded by USAID and the International Youth Fundation (YIF). He's a change agent, that has always created innovative projects; a volunteer, an influencer.

Poet. Dreamer. Human Being. Aspiring self-made woman. Eliana wants to be a well rounded writer, with works on themes like feminism, neo-colonialism and international politics, in the form of prose and poetry.

Ell Puto, artistic name of Etivaldo Victorino (Maputo, July 8, 1989) is a Mozambican producer, rapper and entrepreneur, co-founder of Sameblood Productions. Ell Puto began his artistic career in 2001, only 12 years old. In 2003, he produced his first hit, Dinomite, a song that would change the scene of the Mozambican Hip Hop. Ell Puto received the prize for Best Producer of Mozambique, attributed by the Impulso program of Rádio Cidade.

Puppi is s composer, cellist and music producer, native of Italy. Moved to Brazil three years ago. He started playing cello at the age of 4 and never stopped ever since. He's been pursuing his dream since he was a child, except for a short period in which he wanted to be a volcanologist and travel the world to study volcanic eruptions, he always wanted to play and make music.

Guidione Machava is UX Designer and Country Manager of Interaction Design Mozambique, was president and founder of MozDevz the largest developer community in Mozambique and currently works for UX.

Ingrid Dyrnes Svendsen's biggest inspiration is Astrid Lindgren's character Pippi Longstocking. Her quote "I've never tried that before, so I am probably going to be really good at it" has followed Ingrid throughout her life. Ingrid is a musician from Norway. The past year she has been living in Maputo, Mosambik as a part of a cultural exchange program. Her focus while living in Maputo has been working with gender equality and female empowerment for young girls through music.

Studied Computer Science and ever since he started to develop applications, portals, websites, and vehicle trackers in electronics. And then started working on how to apply technology in organizations on a local context and it was from there that moment he fell in love with Marketing. 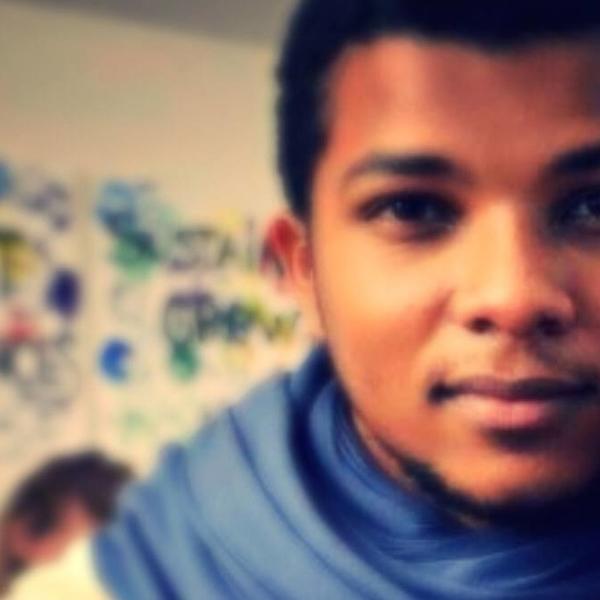