TEDxReservoirHigh was established in 2015 when two Student Government Association officers attended the TEDxJHU conference over summer and were inspired to hold a talk at their school. With the overarching theme of "Ideas Worth Spreading," Reservoir SGA officers tailored the theme down to the Domino Effect. The event will be the first of the annual Howard County TEDxTalks, and will be hosted at Reservoir High School on February 11th, 2017. We are looking for leaders from across the county to join our team!

TEDxTalks are some of the most captivating, innovative talks in 18 minutes or less.
It's the conversation that will change your life, the one that will incite a revolution.

Sachi Rai
Environmental Awareness
How You Can Save the World

Rachel Shin
The Hidden Impact of Art
The Unending Imagination

Wendy Moomaw
The Integration of Leadership and Parenting
Mind the Gap: Parent Like a Leader

Student Member of the Board of Education

Griffin is currently a senior at Wilde Lake High School where he has the pleasure of being involved in many clubs and organizations. His leadership skills are demonstrated through his positions as director of communications for the Student Government Association, Social Studies Honors secretary, props head for the Theater Department, and co-creator of the Wilde Lake Youth Politics Club. Griffin is a member of the indoor and outdoor track and field team specializing in discus and shot put. He is also a member of the National Honors Society, German Honors Society, and Lettermen. Griffin will strive to have the “student voice” heard by the Howard County Board of Education through his participation in diverse organizations, regular school visits, and student outreach. He wants all Howard County students to feel comfortable in their school environment and feel they are being treated equally.

James E. Page Jr. currently serves as the newly appointed Vice President/ Chief Diversity Officer for Johns Hopkins Medicine and interim Vice Provost/ Chief Diversity Officer for Johns Hopkins University. In this role, he is responsible for diversity-based initiatives for the medical center, the medical school and the greater hospital network. James serves on the Corporate Advisory Committee for the Congressional Black Caucus Foundation in Washington, DC and on the Disparities in Healthcare subcommittee. A featured contributor in Public Speaking in the Age of Diversity (Prentice Hall), he also directed an initiative which garnered Dell a Top Innovator in Global Diversity Award and lead Lancaster General to receive national recognition for its unique and effective cultural competence implementations. He holds a Master's degree in Business Administration from The University of Texas at Austin and earned a Bachelor of Science Degree in Computer Technology from Purdue University.

Lindsay Allen is an undergraduate at Temple University. With a major in Film and Media Studies and a minor in Entrepreneurship and Innovation Management, Lindsay plans to own a producing company one day and pave the way for female filmmakers. In high school, Lindsay was active in Best Buddies, as her chapters’ president, Global Equality Now, as a Co-President, Student Government, as First Vice President, and Athletes Serving Athletes, as a Captain. It has been and still is Lindsay’s mission to be a voice for individuals who have an intellectual and/or development disability. Now, in college and in a brand-new city, Lindsay continues to push for the rights and acceptance of individuals with disabilities through working on the campus wide Spread the Word to End the Word Campaign, starting Best Buddies, bringing Athletes Serving Athletes to Philadelphia, and educating fellow peers and classmates on the importance of acceptance and inclusion.

Mariam Adil is an Operations Analyst at the World Bank and the Founder of the social venture GRID – Gaming Revolution for International Development and Gaming Revolution for Inspiring Development. She has seven years of human development experience across Africa and South Asia. Mariam holds two Masters Degrees, an MA in International Development Studies from George Washington University, USA and an MSc in Economics from Lahore University of Management Sciences, Pakistan. Under GRID, Mariam is working towards mainstreaming video games as a medium for behavior change. Games have the power of what Mariam likes to call “the three I’s” − they can interact with the players in an iterative way to inspire change. GRID games address social issues such around racial and gender stereotyping, sanitation and hygiene, STEM learning and women empowerment. Since it’s launch GRID has received extensive media attention with articles in several major news outlets.

Vice President of Research of Development

Matt has worked in the material handling/conveyance industry for over 20 years and have over 90 patents. He is part of the Intralox team who has built those patents and others into an over 80 million dollar per year business. He is convinced this is only the start of this platform, and am motivated to continue advancing its rapid growth. Few industries are transforming global productivity at the pace and scale of E-Commerce and related logistics. And few technology platforms are proving as transformative to this industry as Intralox “Activated Roller Belting” (ARB) solutions. Working alongside some of the largest logistics companies and their suppliers, we simplify and ‘future-proof” their operations. Traditional operations such as food processing and manufacturing are rapidly adopting the same innovations.

Rachel Shin is a current senior at Mount Hebron High School. She aspires to go into the arts and more specifically animation. Drawing and telling stories from everyday life, she is a strong advocate of larger respect for the arts. Rachel has currently attended two pre-college programs at the Maryland Institute College of the Arts and the Rhode Island School of Design. She is also the Co President of the National Art Honors Society and Art Club at her school. Currently in Art 4 AP for the second year in a row, she hopes to continue her education in the arts at an art college majoring in animation or illustration.

Sachi Rai is a senior at Reservoir High School who possesses a unique passion for our environment and the things inhabiting it. Her enthusiasm for protecting the natural world began at a young age, and she was featured on the local news when she was ten years old for raising $600 to help with the cleanup of the infamous BP oil spill. Since then, she has embarked on a number of endeavors ranging from conducting research on polar bear conservation to volunteering with elephants at a conservation center in Thailand. All of her efforts have been geared not only towards directly helping the environment but to spreading awareness of the changes that need to be made to protect the planet we inhabit.

Wendy is a software engineer and business leader by training, an athlete in body, and a coach at heart. She ignited the local community by creating a solution that grew from one idea into a cross-generational solution that balanced the needs of neighbors, the public school system, the county government, and non-profit interests, touching thousands of lives in Howard County, Maryland. As a Coach Facilitator, her ability to engage others and build trust creates a space for deeper learning and collaborative engagement. She inspires leaders, teams, and groups to collaborate and expand possibilities beyond where they are. She and her husband, Mike, are raising three young leaders. 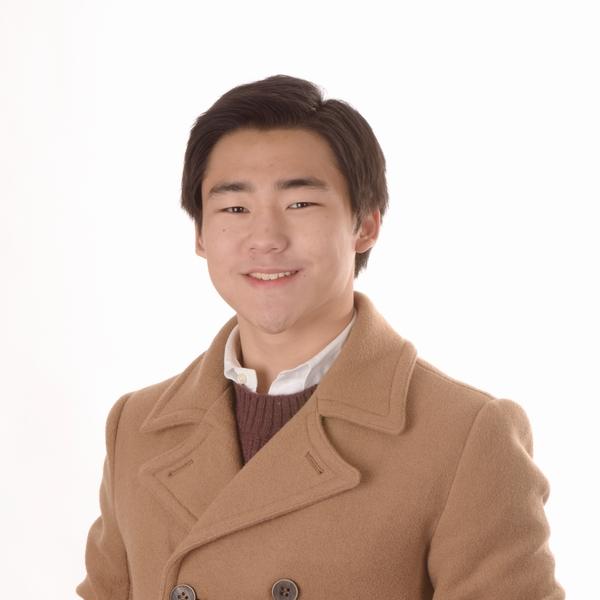