Accompanied by children from an early age, Chantal Desmoulins is fascinated by the impact of the imaginary on the psychic and spiritual development of individuals. Passionate about tales and the world of symbols, she has observed how an imaginary transposition of her problems, her fears, through play, drawing, stories, helps the child discover his riches and grow. It was not by chance that Chantal Desmoulins was invited to study at the University of Grenoble's Center de Recherche about imaginary. She was also trained in a symbolic approach that initiated her to Jung and anthropology. Conceiving an innovative method, combining music and drawing (Catharsis Application Program), she works in collaboration with psychiatrists, psychologists, speech therapists trained in her method.

Gaël Patton draws his motivation in his desire to change the world. This doctor of physics of the Université Lyon1 & Institut Lumière Matière, studied materials for optics during several years. Today entrepreneur, founder of Icohup, he develops sensors High-performance and low-cost pollution. He emphasizes the social and societal impact of itsProducts, from responsible production to the triggered cultural revolution.

"Grand Reporter", then editor-in-chief, he has a a long career of Journalist and documentary filmmaker. He was a regular collaborator of the "Nouvel Observateur" during more than twenty years, for the foreign political service, before joining Geo. He was one of the co-founders of the Press Release Agency, and then worked with most of the Headlines of the French written press of Liberation in Paris-Match. Author-Director Documentaries for Arte and France Télévisions. Taught for ten years at school Journalism of Tours. Designer and animator of continuing education Journalists at the ESJ-media of Lille. Author and co-author of numerous books (essays, Surveys, biography, novel, fine books).

Former pro player of games in network, reconverted in professional of the communication by Internet, Guillaume is 32 years old, married, with 3 terrible sons and co-director of an agency of 35 people. Yet the common thread that leads his life today both professionally and personally remains in his first loves related to gaming Yes, it is compatible to work and have a nocturn activity with others geeks. He preaches the good word of the web, games, and new technologies in general wherever he goes. To break the codes, to remain on the margin of the politically correct, to maintain the course by thinking against the current and to forge a family life while maintaining a staggered state of mind: never give up !

Jérôme Boudot is the founder of Iconosquare, the world leader in social analytics for Instagram and founder of iamvegan.tv, the leading information channel in France on vegetarianism and veganism based on interviews with opinion leaders and influencers.

Julien is 39 yers old and entrepreneur in the "Camping-Car" Market. He is passionate about new technologies. Graduated from Business School of La Rochelle, he had his first job experiences in Finance. He acquires his first Camping-Car companie in 2006. Today he owns 7 companies with 85 collaborators. He is convinced by the power of Generation sharing, that is why he hires people with different gender, age, mindset, etc. He is the founder of "Caramaps", application dedicated to the "Camping-Car" community in order to make the trip easier !

Classical musician and lawyer by training, self-taught visual artist. First contacts with art therapy during a hospitalization in 2009. Professionalization of his artistic activity and training in art therapy in 2010 at the INECAT in Paris. In 2013 she founded ATHANOR, a company dedicated to artistic mediation, art therapy and coaching by the arts. Her project is to allow each person to experience the creation as a tool of self-recreation and change.

In 2005, he created the south west agency of the consulting firm ECIC, which in 2016 became the NEPSEN group. Olivier accompanies companies and territories on the themes of energetic transition and environmental issues, notably on issues of carbon impact, Life cycle, and territorial adaptation to climate change.

33 years old, Clinical psychologist and family mediator. Ophélie is specialized in addiction and in the prison environment.

Sigried Boel is first of all a Briviste of 39 years old, a former quality engineer, she has trained teams in the very sharp field of quality for thirteen years. She opens her mind in parallel with the world of the arts, Qi Gong, Yoga and energy. Deeply attracted to Human and after five years of training in personal development including NLP (Neuro-Linguistic Programming), hypnosis and life coaching, she decided to create her own specialized "NELUMBIA" Coaching and Training Personal development and wellness. For five years, she has been working as a life coach with passion, accompanying women, children, adolescents who are hypersensitive towards well-being and discovering their own inner treasure.

After a training as a chemical engineer in Lyon and then at HEC, Sylvain Levy spent his first half of his professional career in the world of telecoms and consulting to companies, occupying mainly business development functions of companies abroad. He recently chose to direct the second part of his career towards the high civil service territorial. Following the preparation for the administrative examinations and then his studies in Strasbourg, Sylvain is now a territorial administrator in economic development functions. In parallel, Sylvain Levy continues the practice of the piano. His recent success in the international competition of Maisons-Laffitte 2016 offers him the opportunity to perform in concert as soloist and chamber music, both in France and abroad.

Graduated of the School of "Beaux Arts" of Toulouse, he is passionate about drawing and the living model. In 1986, he wrote and produced a film about the stylist Thierry Mugler for Canal +. He becomes the personal assistant of Thierry Mugler for the photography and for special projects that will lead him in Russia, China, Africa in the United States. Thierry Bisch is a resident artist at the Hôtel Lutetia from 2001 to 2014. Since 2004, his animal portraits are famous internationally . In January 2007 he received the medal of "Chevalier dans l’Ordre des Arts et des Lettres". In 2008, with the IUCN Red List, he is the instigator of Operation "Les Murs de l'Arche". In 2012, he took part in the creation of the "Blaye, Ville Galerie" project, which he has since assumed as artistic director. In 2016, with the support of the Prince Albert II of Monaco Foundation, he creates the "Delete?" Campaign aimed at raising awareness among urban populations of the danger of extinction of wild species. 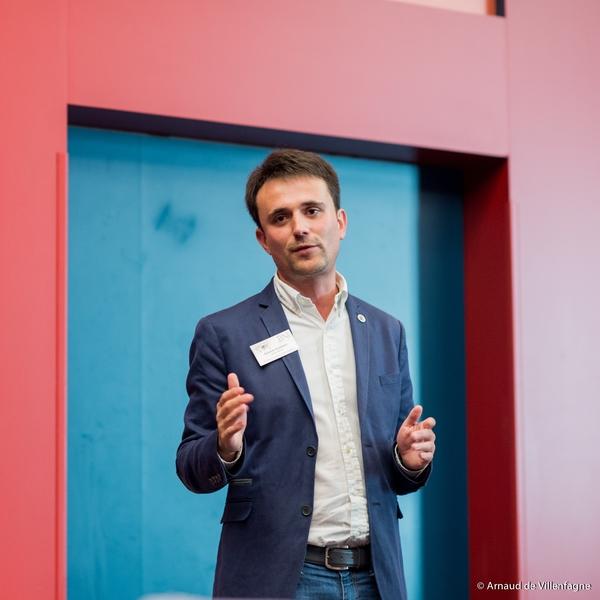 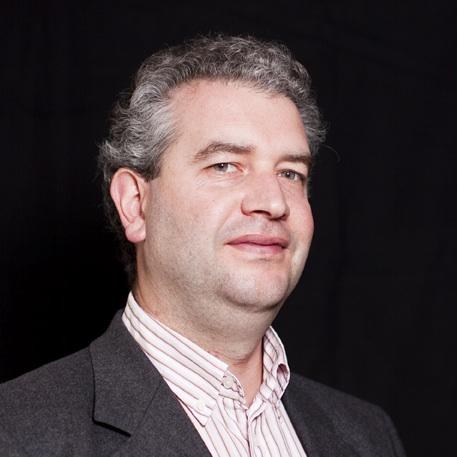