Do we have to come first in order to win?
Do we have to fail first before we can succeed?
Are we afraid of being the first in line?
And what happens when we come last?

When was the last time you did something for the first time?

TEDxOdense opens its doors at 12:00 on Saturday 1st April. Entrace is via ticket only, from www.tedxodense.com

Thrown out of his maths class for making too much noise, and told: “You’ll never do anything good with beatboxing”. Meet a unique singer-songwriter without any instruments. Denmark’s Got Talent winner and 3 times Danish beatboxing champion, Thorsen, takes to the TEDxOdense stage. Despite having fame and glory, as millions of people around the world have seen his act, he describes his music as Fresh. “I haven't explored my full potential, I’m still learning”. After inventing brand new sonorities, he wants to be the first to introduce beatboxing into music schools and make it mainstream.

What are your favourite memories? What would you never forget? What memories are important to you? Meet Bjarne, a man who has lost 97% of his functional short term memory capacity after an accident. Bjarne can remember almost nothing, and instead follows his emotions. You will never forget his story. He has an incredible and unusual take on how to navigate a world without memory. Bjarne is assisted by René Winther Madsen, who acts as his second brain. This is an memorable partnership you will never forget.

As a founder of the first bluegrass organization in Denmark, musician Arne Sørensen along with his banjo, knows what it’s like to bring an old sound to new ears. Since the early 60’s Arne’s home became a boarding house for some of the biggest names in bluegrass, which is attested to in the pictures covering the wall in his legendary basement music room in Copenhagen. Along with Arne, coming together are musicians Lars Hansen on his mandolin, Mathias Enevoldsen on the bass, Emil Meinild on the Dobro and Rick Hauchman on guitar and vocals. They come from 6 different bands such as Sunset Ridge, Turf Rollers, Aarhus All Star Ceili Band, Seamus Cahill Allstars and Lowland Brotherhood. Their love for traditional music is what brought them into the same circles and allows them to put together a band like this, one that has never played together before. Together they will transform the old-time tunes into a fresh new experience resulting in a once-in-a-lifetime jam.

With more than 25 years of experience in robot development, Claus is one of the founding fathers of modern European robotics. Claus has been leading several large cross-disciplinary research, development- and innovation projects focused on creating impact for the industry and individual businesses. Among these are Lead Engineer at Odense Steel Shipyard A/S (Lindø), Head of the Centre of Robot Technology at DTI, founder and President of DTI Robotics, Inc. in Atlanta, USA. Together with his Co-Founders and Co-CEOs, Rune K. Larsen and John Erland Østergaard, Claus has created the successful robot development company and incubator, Blue Ocean Robotics in Odense. In just three years the company has grown from only being 3 employees to more than 110 and world-wide presence in more than 65 countries. With a passion for creating and commercializing the robots of tomorrow, Claus is a front-running robotics entrepreneur.

Daniel Rye is a Danish freelance photographer, lecturer and storyteller. During a reporting trip to Syria he was apprehended and taken prisoner by the terrorist organization Islamic State for 13 months. In this unique talk Daniel will take you beyond what you may have read in the newspapers. “I will take you by the hand and drag you through my story“ Daniel will share the powerful lessons he learned about human adaptability in extreme situations, the challenges of his own identity, and will explain how you can handle more than you might think. Daniel works on diverse and interesting photography projects around the world, including recent work in Africa, and gives lectures about his experiences.

Communications consultant David Miller has a passion for climate change issues, and solving tough problems. “The ice in Greenland and the Antarctic is already melting and will never stop melting. We’re committed to sea level rise unless we remove the excess CO2 from the air around us.” Originally from New Jersey, David moved to Denmark in 1981 and started focusing on climate change issues in the early 2000’s. In the lead-up to the UN Climate Change Conference in Copenhagen, David was Carbon and Climate Communications Manager at Maersk Oil, where he was part of the team that investigated carbon capture and storage and biofuel technologies. He works full-time as International Project Director for Samso Energy Academy. David volunteers his time within education, climate change lectures as a presenter for The Climate Reality Project, and local community service.

Jacob Nielsen, Jørgen Larsen and their team at Teknologiskolen teach kids how to build their first robots. Jacob Nielsen is the President and co-founder of Teknologiskolen, a volunteer union offering technologically oriented spare time activities to kids. He holds a civil-engineering degree in Robot Engineering and a Phd in User-Configurable Modular Robotic Systems.

Biologist Jeanette Hedeager is no stranger to controversy. It’s Jeanette’s job to explain the fascinating, beautiful, and sometimes gruesome details of life in the animal kingdom. The zoo’s animal autopsies have been controversially covered by media around the globe. See for yourself why we can learn so much about life by thinking about death, and why what may seem controversial for you, is normal for a biologist.

Jacob Nielsen, Jørgen Larsen and their team at Teknologiskolen teach kids how to build their first robots. Jørgen Christian Larsen, holds a PhD in Robotics, is the second co-founder of Teknologiskolen. They are both currently working as associate professors at the University of Southern Denmark.

What are we afraid of when we first start up a new enterprise? Can our need for security doom us to failure? Lars is a business hero, start-up expert and design champion. As previous project manager at TV 2 Denmark, marketing manager at RICE, senior producer at LEGO and now co-founder at Glad design, he blends the world of business and design together to help new startups. He has founded several companies with a beautiful scandinavian design focu such as MADE BY U - democratic design. Lars will be speaking about how the new idea of "Design Friendship\" can energise first time entrepreneurs, as he explains how the safety net of the Danish welfare system may not be the best way to catch a falling star.

13 years ago, Lene Merete Lund started laughing, and she hasn’t stopped since.  Meet The Laughing Lady, who giggles, grins, chortles and cheers through life as a laughing yoga instructor.  Lene is convinced that often the ordinary way of approaching things is not the one that actually solves underlying issues. She is going to show why we all should laugh more, what it makes out of us and how it changes our perspective on life and its changes.  There is one language that we all have in common - we might as well just learn how to use it.  So throw away your adult brain and get ready to laugh out loud. No problem is too big that it can’t be solved with a laugh

Join choreographer and dancer Marluze da Cruz as she shares for the first time a new unique contemporary solo performance - choreographed especially for the TEDxOdense stage. Marluze has choreographed, danced and taught in places like, The Royal Danish Theatre, Østre Gasværk Theatre, Bellevue Theatre, Theatre Momentum, National Gallery of Denmark, national TV shows like Eurovision and X-Factor, as well as in Brazil, Russia and different countries around Europe. Influenced by her background in multiple dance styles she cultivates the interdisciplinary in her movement vocabulary – mixing and breaking genres. In this moving self-portrait Marluze explores the freedom of movement and its relation to sound, accompanied by a specially produced soundtrack by Troels Kampmann Kjær. “The best experience is to move, be moved or move others”

Pia Tasior doesn't have a management style, she has a freedom style. As human resources “Good Karma” officer for Denmark’s award winning best workplace “Daxiomatic”, she has an unusual way of running things. For more than 14 years Pia has successfully worked with people & culture in organizations in the IT Industry in Denmark. By putting a purpose at the heart of everything she does, Pia re-imagines what it’s like to work, manage and succeed in a world-class workforce. Can flexibility, freedom and fun really make a profit?

Runi Hammer is an entrepreneur who has co-founded several tech startups in various industries, including artificial intelligence, telecom and nanotechnology. He's currently working as CEO for the telecom company Voxtream, that offers anti-roaming solutions to large international companies. He is also a partner in ComWise, a company that invests in startups.

Virtual reality expert Sérgio Oliveira will explain how technology can be used to make you save and re-live your memories. Do you remember the first time you baked a cake with your daughter, or the first time you went to the football stadium with your dad? And how much do you cherish that memory? Sérgio and his team at Khora Virtual Reality have been recording the most treasured memories of dementia patients, enabling them to experience fading memories again and again through virtual reality. What memories would you want to save forever?

What is the probability of Chelsea F.C winning the English Premier League this season? Do you know? Perhaps not. But what if you asked thousands of people just like you for help, could you together answer this question? Ulrik William Nash is an ingenious behavioral economist who uses data from large crowds of people to find answers to difficult problems. Uniquely he can tell when crowds are about to make mistakes by looking at the distribution of guesswork in a group. Ulrik will explain the mathematical psychology that explains why our collective judgment is often remarkably intelligent, although we are nearly always wrong as individuals, and how our democratic judgment may deviate from the truth. 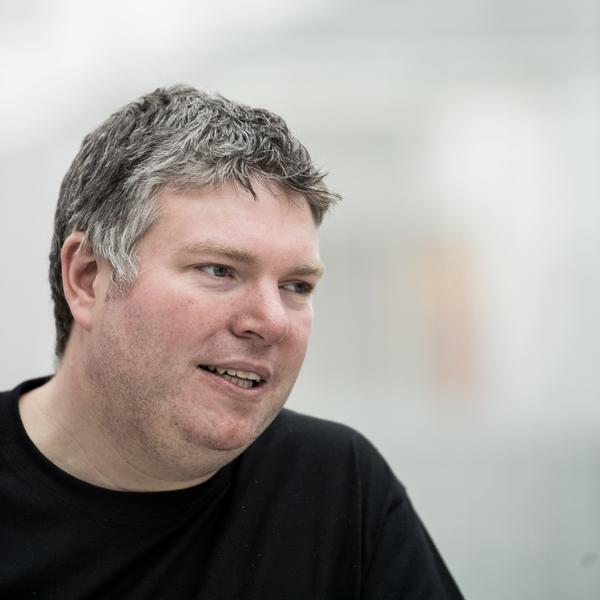 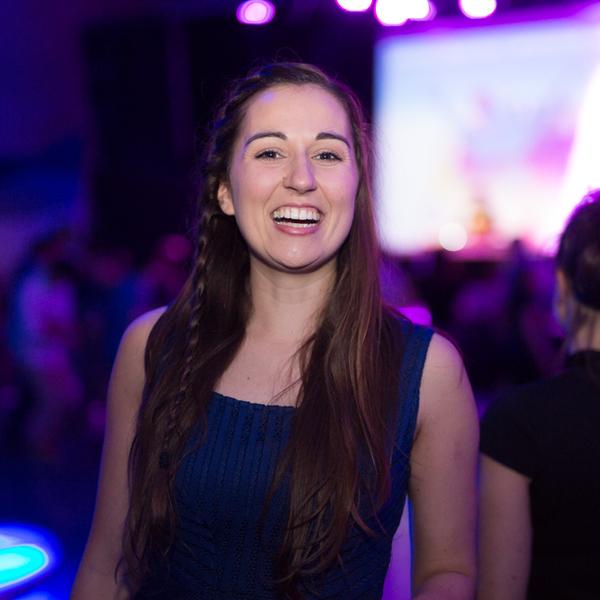