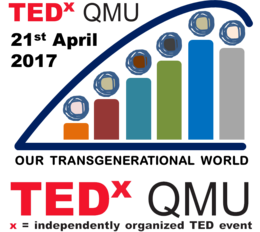 The theme is “Our Transgenerational World.” TEDxQMU 2017 aims to challenge the audience and the TEDx community to think about our world, and our community, through a trans-generational lens. It is about how to live in, and contribute to, the community in a person-centred way, responding to a wide range of individual differences, ages, and abilities, and about how to bridge the transitions across life’s stages.

Hello, my name is Chris Pointon and I am the husband of the late Dr Kate Granger MBE who was a doctor and patient. My wife died last year aged just 34 after 5 years living with a terminal cancer diagnosis. Throughout that time we raised over £250,000 for charity and changed global healthcare through a simple campaign entitled #hellomynameis. Following Kate’s death I continue to promote the campaign through various conferences across the globe and worldwide awareness on social media. Her name lives on through a variety of awards named after her which I will continue to be involved with for years to come.

Ewan Aitken was appointed CEO of Cyrenians in May 2014. A former Convenor of Education and Leader of the City of Edinburgh Council, Ewan has 30 years’ experience in the 3rd and Public sectors including 3 years as CoSLA spokesperson on Education. He was a parish minister for 7 years. He has founded several charities and two Credit Unions. He is chair of BBC Children in Need Scotland grants committee, former chair of the National Prison Visitor Centre Steering Group, a trustee of the Ripple Project and an advisor to Circle Scotland. He is a Council member of the Edinburgh Chamber of Commerce, and a member of University of Edinburgh’s Academy of Government reference group on in/equality and the CoSLA Commission on Strength Local Democracy.

Professor Jan Dewing has an international reputation for expertise in person-centred care, practice development and gerontological practice including care of people living with dementia. She took up her new position as The Sue Pembrey Chair in Nursing in April 2015. Jan is the academic editor for The International Practice Development Journal, a free to publish and access e journal and on the editorial board of several journals including The International Journal of Older People Nursing. Jan contributes to post graduate education and research and is supervising a number of doctoral students including international students. She also holds a professorship at the Centre for Care Research Bergen University College and Stord-Haugesund University College Norway and at The School of Nursing, Wollongong University, NSW Australia. Jan previously worked in a shared professorial role with East Sussex Healthcare NHS Trust and Canterbury Christchurch University where she was pivotal in developing a person-centred approach to nursing and healthcare practice and education. As well as a significant clinical practice and leadership record, Professor Dewing has held a variety of other joint practice and education and research posts in universities in the UK and with The Royal College of Nursing. She is widely published and her research and scholarship work can be located through Research Gate.

Jim Mather is a Chartered Accountant, who worked for IBM before establishing the ComputerLand franchise in Scotland. He was an MSP from 2003-2011 and Minister for Enterprise Energy & Tourism in the SNP Administration 2007–11 before standing down in 2011. He is now a visiting professor at Strathclyde and Heriot-Watt Universities. He fulfills other related consultancy & non-executive roles and he is chairman of Homes for Scotland.

Kate has had a long career in social services as social work practitioner in England and as manager in Scotland. Following these posts, in 1989, Kate moved to the University of Stirling where she developed and ran social services management programmes and carried out organisational and individual development work with staff teams in health, education and social services. In 2007, Kate became Institute Lead for Research at the Scottish Government–funded Institute for Research and Innovation in Social Services (IRISS) where her role was to promote the use of evidence and knowledge to support social services policy, planning and service delivery. Since June 2009 she has worked independently on research and evaluation projects and as a consultant in social services. Kate was appointed Chair of Camphill Scotland, the membership organisation for ten Scottish adult Camphill Communities and two Camphill Schools, from 2006 to 2014.

Magdalena Schamberger is Co-Founder, Artistic Director and CEO of Scotland wide arts-in-health charity Hearts & Minds, the home of Clowndoctors and Elderflowers. She has over 25 years experience of performing, directing and teaching physical theatre and theatre clowning in the UK and internationally. Hearts & Minds aim to improve the experience of people in hospital and in hospice, residential and respite care by using the performing arts to encourage communication, interaction and laughter. Our Elderflowers programme uses a unique clown family concept to connect with elderly people with advanced dementia. Developed in 2001 with the support of the Dementia Services Development Centre at the University of Stirling, Elderflowers has gone on to inspire many other programmes and organisations across the globe.

Since graduating with a BA in acting from Queen Margaret University, Matthew has worked in TV, film and theatre, appearing in ‘Taggart’, ‘Rivercity’ and each morning as Raymond in Cbeebies’s “Me Too! Now also a published as a songwriter and playwright. His debut play, “To kill a Kelpie”, transferred to off Broadway, and then toured USA before being adapted for screen. Matthew started using his public profile to began speaking out against the sexual abuse of children and in 2013 he stepped fully into activism as he walked 10,000miles, visiting every EU capital on foot to encourage all adult survivors to speak out. In doing so, Matthew’s words were broadcast to hundreds of millions on TV, Radio and press, translated into over thirty languages, as he became the first male survivor in many countries to speak publically about having been sexually abused. His campaign, the Road to Change, catalysed legislative reform in eight nations.

Megan is a doctoral student in The Centre for Person-centred Practice Research at QMU. Her research focuses on how people who are deaf experience acute hospital care. Megan is passionate about deafness and the taken for granted nature of 'hearing'.

Petra Biberbach is Chief Executive of award-winning national charity, PAS. With a career spanning public, private and third sector, Petra brings a wealth of expertise to the post in the fields of planning, sustainable development, renewable energy, community engagement and research. Petra is serving her second term as a board member of the Loch Lomond and the Trossachs National Park Authority and was elected as Convenor of the Planning Committee. She is the Vice Chair of LINK Group and a non-executive director at Zero Waste Scotland. Petra is also a member of the independent Review of the Scottish Planning System. Petra has one daughter and one son. She enjoys golf, gardening, cycling, art and still singing along to Leonard Cohen!

PhD is psychologist by background and a Professor of Health Systems Management at the University College Dublin (UCD) School of Nursing, Midwifery and Health Systems and an executive team member of the UCD Geary Institute for Public Policy. Prior to his arrival in Ireland, Thilo was Co-Director of the interdisciplinary Social Dimensions of Health Institute (SDHI) of the Universities of Dundee and St Andrews. His applied research experience stretches over 24 years and has mostly focused on disability- and health-related topics in Germany, Norway, United States, England, Scotland and Ireland. The work has been published in a wide range of peer reviewed journals, books and book chapters. Prof Kroll served on the UN (UN DESA/UNESCO) Expert Group ‘Disability Data and Statistics, Monitoring and Evaluation: The Way Forward- a Disability-Inclusive Agenda Towards 2015 and Beyond’ (2014). He was also a Key Technology Partnership Visiting Fellow to the University of Technology, Sydney 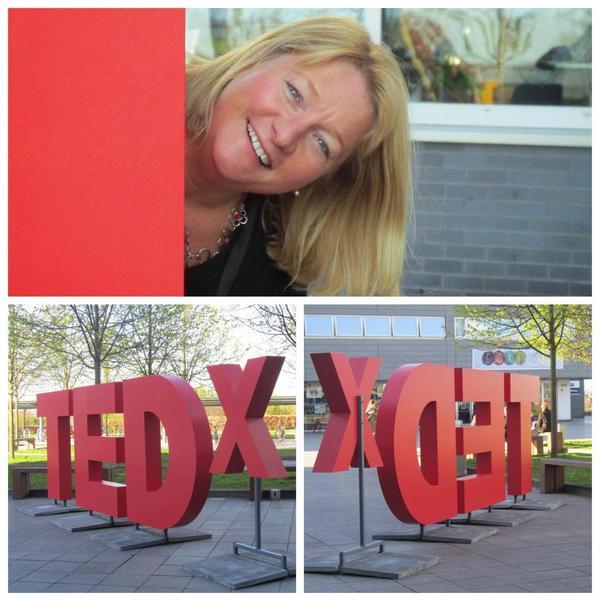