Theme: The Audacity to Dream

We can look at a series of definitions for the word dream, "a series of thoughts, images, and sensations occurring in a person's mind during sleep” or "to contemplate the possibility of doing something or that something might be the case” – whether conscious or unconscious we can only hope we all dare to do it - dream. Some who dare to dream, dream to make a difference in someone else's life or simply their own. Either way, the real revelation in making a dream a tangible reality that often encourages, motivates, and frankly, deals with real issues uninhibited is to live it. With Florence’s TEDxEvansStreet, we seek to share the dreams of those that have become realities that are forever changing society, in hopes of sparking those that may not have the audacity to dream to act, resulting in ultimately forever impacting institutions.

Bryan Manuel is a husband, father, son, brother, dreamer, Christ-follower, Southerner, and eater of Reeses peanut butter cups. Hailing primarily from South Louisiana, Bryan is an Army brat and has lived throughout the United States and overseas. Through professional experiences as diverse as teaching literature to inner-city 7th graders in Baton Rouge to working in the oil and manufacturing industries. Bryan ironically is father to three daughters, with his wife Tracy. Bryan holds undergraduate and graduate degrees from Louisiana State University, has served on the regional Board of Directors for the Association for Talent Development, and has taught in middle, secondary, and post-secondary schools. Currently Bryan is employed by Georgia-Pacific at their Dixie manufacturing plant in Darlington, SC as the Learning and Development Leader.

Cameron Flotow was born in Florida and moved to South Carolina in 2005. In 2011, he was diagnosed with Leukemia. That day changed his life. He promised himself that if he survived he would do something to make the world a better place. He had a bone marrow transplant in 2013, and he was healthy again. Keeping his promise, he developed a social media platform app called Brite that unites everyone within a 10-mile radius. He graduated from Coker College this year and is working hard with his co-founder to create the application. Over all he has been on television three times and in several newspapers, and led a successful Indiegogo fundraiser that raised money for he and his business partner to begin building it.

A Columbia, S. C., Chandra McPherson began her career in victims’ services at the Orangeburg County Sheriff’s Office as an advocate where she returned in 2012 serve as the Director of Victim Services. Those early years provided the basis for the service she has rendered her entire career –which has spanned from the Governor’s Office to Highway Patrol to her current position with the Orangeburg County Sheriff’s Office ensuring that the rights of the victims are always protected and maintaining excellence is the services offered to the victim and their family. McPherson is a graduate of the first South Carolina Victim Assistance Academy. She is a member of the South Carolina Law Enforcement Victim Advocate Association and became credentialed by the National Organization for Victim Assistance (NOVA) in 2006 as a certified Crisis Responder. In 2015, she visionary the visionary for R.U.B.Y. ~ Raising Up Beautiful Young Women Consulting.

The Cuban Trio, led by Dr. Jessie Willis, performance is Santeria inspired Cuban music showcasing percussion, which is an essential aspect of the religion.

Music of all genres is Darian’s dream sequence for his life. It was never about just spinning records, but making people live out their lives to, through, or with music.

Drew is a native of Asheville, North Carolina. He completed his undergraduate studies at Clemson University and received a Bachelor of Science in Community and Rural Development, with a minor in Environmental Science, graduating with high honor in August, 1979. Drew also received a Master of Science in Agricultural Economics in December, 1985 with an emphasis in Resource Economics from Clemson University. Drew began his career as City Administrator for the City of Johnsonville in 1982. He has been with the City of Florence for 25 years and initially began as the Planning Director serving there for 2 years. He then served for 5 years as General Services Director with his longest tenure as Director of Public Works & Utilities for 16 years before becoming City Manager on October 1st of 2011. Drew has been married to Celia Griffin for 40 years

Jennifer Arvin Furlong was born and raised in Augusta Georgia. At the age of 18 she joined the U.S. Marine Corps where she became the first woman Marine to serve as editor for the Quantico Sentry newspaper and to be awarded the Sergeant Major Dan Daly Award. She was also awarded Best Feature Writer by the Marine Corps Combat Correspondents Association. She earned a B.A and M.A. in Communication from George Mason University while raising two children and a husband. She stumbled into her second career in higher education during her graduate program due to a chance teaching opportunity and has been torturing college students as a professor of human communication and public speaking ever since. Her first nonfiction book "Mini-Handbook for Jackasses: Communication & Relationships" was recently published. She is currently studying for her Ph.D. with the University of Birmingham UK.

Jennifer Robinson, a native of Florence, S.C., is a graduate of Florence Christian School and earned her Bachelor’s and Master’s degrees from Spelman College and Liberty University respectively. She is a professional speaker, advocate, and life coach. Jennifer was recently blessed to become the Director of Women’s Health at HopeHealth here in Florence. Her life’s calling is to help those who have survived sexual abuse trauma. Jennifer is founder and director of Empowered to Heal. The mission of Empowered to Heal is to provide support, resources, and education to survivors of childhood sexual abuse. Since its founding in 2014, Empowered to Heal has appeared in a host of magazines and news programs. The organization was awarded the Outstanding Service to Underserved Victims award in April 2016. The City Council of Florence voted in 2017 to name April 25 as Empowered to Heal Day. Jennifer is married to Rev. Eric Robinson, and they have 3 children and a son in law.

Marguerite Willis loves a good challenge. And no issue is too big or too small for her to handle – whether she’s defending clients in complex commercial litigation or doing her part to build the next generation of women business leaders. Ms. Willis began her legal career working on the massive antitrust cases known collectively as “The Uranium Cartel Litigation.” She litigated private antitrust cases in Illinois, New Mexico and North Carolina and worked as well on the related federal grand jury investigation in the District of Columbia. These cases all alleged horizontal price-fixing under Section 1 of the Sherman Act. Outside the courtroom, Marguerite brings her unique blend of ingenuity and tenacity to championing women’s initiatives. She is particularly passionate about helping women develop a strong understanding of financial issues and how to leverage that knowledge to the best of their advantage. She is married to former Mayor of Florence, S.C. Frank E. Willis.

Michael Barbera is an award-winning consumer psychologist and strategy consultant for Fortune 50 companies. He is a business psychologist who is involved in both practical and academic endeavors. His areas of practice are consumer behavior, consumer emotions, social psychology, decision-making, brand management, marketing, and long-term business strategies. Michael is the CEO of Barbera Solutions. His clients can be found on the Fortune 50 list and several television programs such as ABC’s Shark Tank and Bravo’s Million Dollar Listing. Michael shares his research and experiences as a keynote speaker for public and private organizations, and as the host of the Clicksuasion podcast. In 2015, the White House recognized Michael for his contributions to entrepreneurship. This work includes development and validation of consumer emotions, consumer behavior, product placement, consumer experiences and business growth strategies.

In keeping with their mission of preserving their cultural heritage, Native American members will present a traditional tribal dance.

Tucker has over 14 years of planning, zoning, and community development experience. He holds a Bachelor’s of Art degree in Geography from Fayetteville State University and Masters in City & Regional Planning from The Ohio State University. He is an active member of the American Planning Association, South Carolina Chapter of the American Planning Association, American Institute of Certified Planner, and serves on SCAPA’s Community Planning Assistance Team. Additionally, Tucker is the Founder and Principal of RS3 Planning Collaborative, LLC. The planning firm focuses on consolidated plans, neighborhood and revitalization plans, , neighborhood and revitalization plans, downtown/commercial planning, ordinance development, zoning, civic and neighborhood capacity building, and land use development consultation with the public and private sectors.

Stephen J. Wukela graduated from Clemson University with a Bachelor of Arts degree in Philosophy and Political Science in December of 1996. Thereafter, he graduated in 2000 from the George Washington University Law School with a  Juris Doctor degree. Mr. Wukela concentrates on trial and appellate practice in the areas of general tort law and Workers’ Compensation law. He has handled cases before the South Carolina Workers’ Compensation Commission, South Carolina Circuit Court, South Carolina Court of Appeals, Federal District Court, and the Fourth Circuit Court of Appeals. He was elected as Mayor of the City of Florence in 2008 and re-elected in 2012.

Despite some people’s reservations about her age Tindall Hutchinson 17 opened her own media company Shutter Up Photography almost 4 years ago. Whether she is organizing a shoot taking pictures editing or dreaming up a new creative idea her brain is constantly in photography/business mode. Tindall currently lives in Florence South Carolina and loves to travel the state (specifically Charleston) taking beautiful pictures for clients and leisure. Tindall hopes to attend the College of Charleston to study Business Management with a focus in Entrepreneurship but she looks forward to graduating with the class of 2018 at South Florence High School. Tindall is currently a South Carolina Student Entrepreneur of the Year and heavily involved in the South Carolina Chapter of the Future Business Leaders of America. 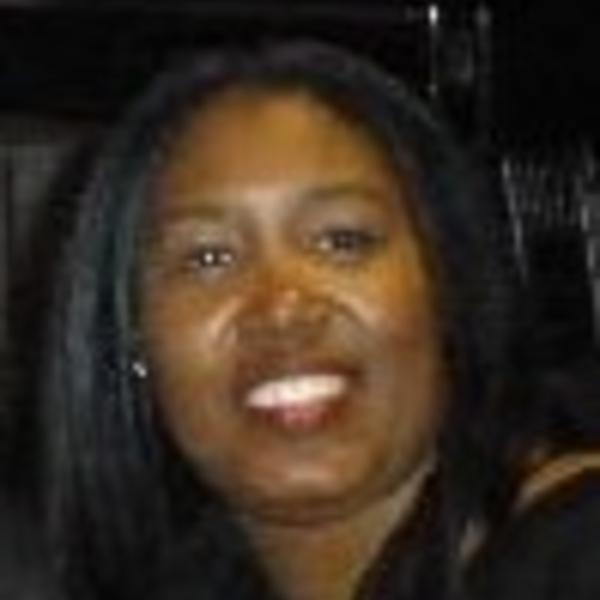