This year’s theme is stop, drop, and roll—simple advice we were all given as school children. But like most classroom lessons, this advice should extend beyond the boundaries of the school yard and childhood. Thoughts without action are as empty as actions without thought. This year, we’re challenging our speakers to tell us how they have stopped, dropped, and rolled in their lives. What has made them pause, take stock of what’s going on, then catapulted them into action? And would they do it again?

Aimee Sanchez-Zadak, Ed.D., is an adjunct professor at NSU and dedicates her life to teaching through empathy, honoring the human need to be understood, and stressing the importance of understanding the way people perceive themselves. Sanchez-Zadak’s sensitivity to human behavior enables her to understand a person’s unique situation and empathize with her clients. She serves as a Behavioral Strategist and Life Editor™ and developed the Counting Down program to educate individuals in corporate and private environments. Through this approach, she breaks down one’s description of “feeling anxious and lost” to the core of the client’s life rules based on his or her belief system. This process helps her clients understand, predict, and resolve the triggers causing their life outcomes. Sanchez-Zadak also serves as chair of the Florida Breast Cancer Foundation. She is an advocate for women’s right to choose their health outcomes and was named among 2012’s Hispanic Women of Distinction.

Alonzo Williams is a dancer, choreographer, photographer, poet, and a curator of many artistic disciplines. He graduated from the Dr. Michael Krop Senior High magnet dance program under the direction of Bernadette Pierre. Williams trained for seven years in the genres of hip hop and lyrical dance, studied ballet and jazz for two years, and practiced modern dance for four years. He is a senior at NSU, pursuing a B.A. in Dance and a Minor in Communication and has studied under the direction of faculty members Augusto Soledade, Elana Lanczi, Chetachi Egwu, and Sabrina Talamo. He has also worked with Marissa Alma Nick, Ana Miranda, and Emmett Williams. After graduating from NSU, Williams plans to advance his career as a hip hop/lyrical international choreographer while pursuing an MFA and developing a performing arts studio incorporating diverse art forms. Williams’ goal for the studio is to promote community service, Christianity, humanitarianism, and multiculturalism.

While a law school student at NSU, alumna Amy Daumit (J.D., class of 2010) took the steps necessary to leave an abusive, 16-year relationship to her then husband. To help herself heal emotionally, she turned to blogging, an outlet that became an integral part of her personal journey and soon blossomed into her book, Forget Me Not: Learning to Live with Me and for Me. Daumit’s book became the inspiration for the Forget Me Not Advocacy Group, of which she is the founder and president. Through this nonprofit organization, Daumit integrates her love of teaching with her desire to help others, while working to provide individuals with the tools they need to recognize, avoid, and heal from abuse. Before entering this line of work, she earned bachelor’s degrees in elementary and early childhood education, worked as a teacher and educational program director for 10 years, and served in the federal government for six years.

Originally from Minnesota, Katie Goodroad is currently pursuing an M.S. in College Student Affairs at NSU. At the age of 18, she earned a scholarship that enabled her to serve as a rotary exchange student in Meaux, France, where she attended public high school and lived with a local family for a year. She has since lived abroad for more than four years while studying and working in Tanzania, South Korea, and France. Whether she’s washing elephants, selling oysters, or teaching English nursery rhymes to speakers of other languages, Goodroad’s global experiences continue to change the way she looks at the world. As a graduate assistant for NSU’s Razor’s Edge Global Scholars Program, she encourages undergraduate student leaders to think globally and aspire to become contributing citizens of the world.

Nicholas Curci is an NSU freshman pursuing a bachelor’s degree in finance and minors in philosophy and geographical information systems. He is also a student-athlete who has competed in pole vaulting at the state, regional, and national levels; achieved Academic and Athletic All State; and received the Rhode Island Interscholastic League Sportsmanship Award. As a student, Curci has been recognized for his academic achievement with the H. Wayne Huizenga Jr. Legacy Endowed Scholar award and the Burke Fund Scholarship, as well as memberships in the National and Rhode Island honor societies. His efforts as a student leader have extended beyond the classroom in his role as president of the International Student Mentoring Program and recipient of the Rhode Island Outstanding Leadership Award. Having experienced social isolation and severe bullying before coming to NSU, Curci aims to expand his leadership experience on campus and in the community to positively impact the lives of others.

Born in India, Pratik Patel is pursuing an M.B.A. at NSU. He believes that his father’s intellectual strength, combined with his mother’s emotional sensitivity as a homemaker, made his home environment rooted in traditional culture but fast-paced and ambitious. Patel’s parents provided academic and professional mentorship as well as personal nourishment. This motivated him to participate in public speaking, debates, group discussions, and competitions, for which he has earned 85 awards and certificates. He earned a bachelor’s degree in engineering then joined his father’s business venture as a business development manager. As the young face of the company, Patel faced strategic hurdles in convincing doctors to trust a new product. But, the majority of the pharmaceutical and biotech companies and hospitals in his state have since implemented this product. Patel strongly believes that an individual’s perspective and attitude toward any situation define the journey toward destiny.

At NSU, Rosie Taylor is assistant director of alumni and annual fund communications and is pursuing an M.A. in Composition, Rhetoric, and Digital Media. A self-proclaimed Internet geek, storyteller, and gamer, Taylor is fascinated with technology and communication. She met her husband, who was 10,000 miles away, while playing an online videogame. Taylor has been working with the web since the 90s and was an early adopter of social media for government and digital public relations. In 2011, she founded a small marketing firm where she discovered an affinity for volunteering. While leading small business workshops, she reignited her childhood dream of teaching and her ultimate goal of becoming a professor. Taylor has spoken to audiences for Constant Contact, Hispanicize, Social Media Day Miami, and Miami WordCamp. She’s no daredevil but has conquered the Tail of the Dragon, an 11-mile stretch of road with 318 curves, and has reimagined her life several times.

Yolanda Flournah-Perkins, M.S., is completing a doctorate in education with a concentration in organizational leadership at NSU. She is also an author, entrepreneur, motivational speaker, and empowerment coach who has presented talks at public schools, churches, and community events for women and children. But her life was not always inspirational. The semester she was scheduled to graduate from college, 23-year-old Flournah-Perkins was sentenced to 37 months in federal prison because of her poor decisions. During her imprisonment, she realized that she, and many other incarcerated women, had low self-esteem. She used this time to better herself, improve her confidence, and rebuild her own self-worth by participating in self-help groups. Flournah-Perkins faced many obstacles to finding employment after her release. After having submitted over 200 job applications, she was given a second chance by Goodwill Industries of SWFL. Today, she uses her story to inspire others. 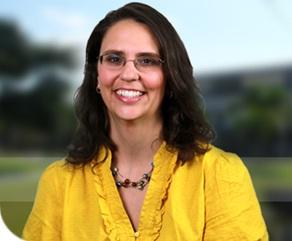 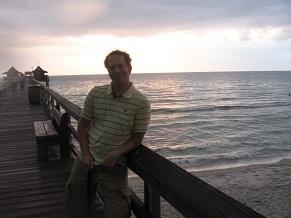