Theme: One the Edge: Pushing Boundaries Without Fear

The TEDxLSCTomball’s 2016 theme On the Edge: Pushing Boundaries Without Fear dares speakers and participants to consider the possibilities that open up when we move toward the edges of our comfort zones and into the realm of the unknown. Emotional, medical, technological, social, and educational boundaries provide guidelines for our behavior, but can also work as barriers for our growth. TEDxLSCTomball 2016 invites you to consider what you see on the horizon from where you stand; then consider the opportunities that you may discover if you table your fear and charge bravely toward the Edge.

Alicia Friday currently serves as the Director of Organizational Development (OD) at Lone Star College and joined the department in 2013. She began her career at Lone Star College in 2012 as an Adjunct Faculty member at LSC-Kingwood, where she taught EDUC 1300. In her current role, she is responsible for overarching direction of the Organizational Development, Leadership Development, and Learning and Development teams within the larger department. Some of the programs her team leads include the Leadership Academy, Deans and Chairs Institute, LSC-Leadership Education Advancement Program, OD Consulting, Executive Coaching, the annual Lone Star College Awards program, and learning and development opportunities in a variety of areas. Alicia has a passion for developing people and organizations, and sees her role as a facilitator for learning and positive organizational culture transformation.

Isadore Barefield wants to live in a world where possibilities are made available to everyone. This college educated speaker/comedian works in sales full time and continues to write and speak in several capacities. He has been featured in IA magazine, Houston's Funniest Comedy Competition and various other media outlets.

Jason is an accomplished speaker and teacher. As a survivor of childhood sexual abuse, and knowing the lifelong effects of trauma, he strives to do what he can, to speak out about the dangers of abuse, addiction & pornography, and its’ effect on our youth and adults. He focuses on today’s culture, stereotypes, impacts, and steps to overcoming and living a healthy, happy life. In addition, Jason has a very motivational story to tell, in coming from the depths of abuse and depression, to overcome and form a healthy and happy husband, father and Christian. His story is one of inspiration, but more importantly it provides an understanding that those who have suffered are not alone. Everyone suffers in different ways, even if not as severe as abuse. Jason's message is one of overcoming barriers, staying focused on self-care, and being a beacon of light to others.

Keri Porter earned a Bachelor’s Degree in Criminal Justice and Business Communication from Southern Nazarene University. Upon completion started her career as a Community Supervision Officer for Harris County Community Supervision and Corrections Department. After 6 years Keri transitioned to higher education at Lone Star College where she served as a College Connections Advisors, First Time in College Advisor and is now serving as Director of Advising and Records. In addition, she is currently working on her Masters of Science Degree in Adult Education at Texas A&M University.

Marvin Pierre is native New Yorker (born and raised in South Jamaica, Queens). He was recently selected as a Bridge Fellow with The New Teacher Project (TNTP). Marvin will focus his fellowship on developing an alternative education program that seeks to upend the school-to-prison pipeline by supporting previously incarcerated boys of color as they re-enter school, and curbing unnecessary referrals from schools to the justice system in Houston, TX. Prior to, he served as the Assistant Principal at KIPP Polaris Academy for Boys in Houston, Texas. Marvin holds a B.A. in Economics from Trinity College (Hartford, CT) and a Masters in Education Administration and Supervision from the University of Houston. Prior to joining KIPP Polaris, he served as the Dean of Students at Excellence Boys Charter School in Brooklyn, NY.

Mary Mason Kouns is a full time student at Lone Star College-Tomball. She is a recipient of the Chancellor’s Fellows Scholarship and a member of the LSC-Tomball Honors College. She is a full time student and dedicates her summers to being a resident camp counselor at YMCA camps across the country. She plans to get a degree in Child Development and pursue a career within the YMCA.

Sarah Ray is a second year Doctoral student in Adult Education at Texas A&M. She achieved her bachelor degree from Mary Hardin-Baylor in Communication and her Master of Public Administration from Sam Houston State University. Her research interests include dispositions for social justice, global adult education, multiculturalism, feminist teaching perspectives, collaborative learning and leadership. After a career in non-profit, where she served as a community educator, advocate and volunteer trainer, Sarah transitioned into higher education. Sarah continues to work for Lone Star College as an adjunct professor in the Political Science and First Year Experience courses. In her personal time Sarah is an athlete. She participates in sprint triathlons and half-marathons as well as other forms of physical fitness and group exercise.

Dr. Tony DeRamus has been known to live life on the edge. Most of his friends say that he has a “screw loose,” but he says he can tighten it if he chooses to do so. He is constantly getting more gray hair that he claims has been well earned. When he is not living his life as a chiropractor, he spends his time on a jiu jitsu mat trying to beat up his good friends. Dr. DeRamus has been spotlighted on Great Day Houston, ESPN Radio, and various national podcasts. He enjoys speaking on topics that include personal development and the complexity of the human mind. His first book - The Secret Addiction - has been an international best-selling book concerning marijuana addiction. He said he doesn’t have the patience to write another one. 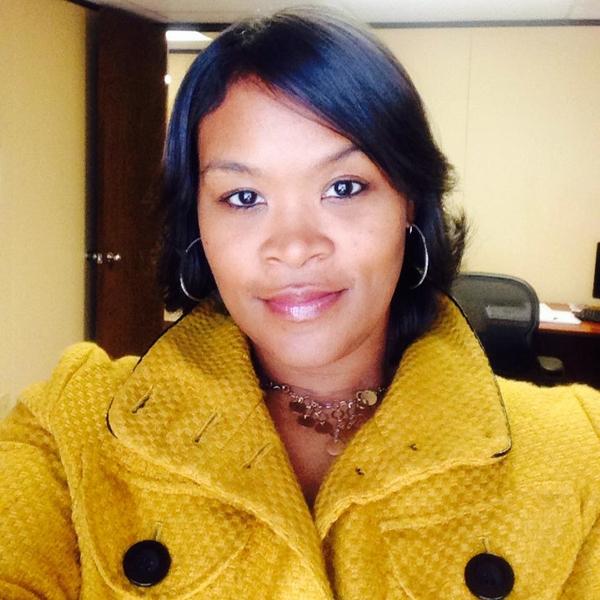