PRODUCING CONTENT FOR AHMED IS ABOUT SEARCHING FOR THE CONSTANT REMINDER WITHIN EACH PROJECT OF OUR LIFE'S PURPOSE. With a firm belief that there is always a way to find a solution, Ahmed is the kind of executive producer who finds joy in the process of bringing the true intention of content to life with every member of the team. His diverse background provides each project and every client with a unique perspective on communicating their message in the most impactful way with the audience.

AnnaLynne McCord (born July 16, 1987) is an American actress and former model. Known for playing vixen-type roles, McCord first gained prominence in 2007 as the scheming Eden Lord on the FX television series Nip/Tuck, and as the pampered Loren Wakefield on the MyNetworkTV telenovela American Heiress. In 2008, she was the second actress to be cast in the CW series 90210, portraying antiheroine Naomi Clark. Initially, the part of Clark was conceived as a supporting role. By the end of the first season, however, various media outlets had begun referring to McCord as the series' lead. For the role of Naomi Clark, she was nominated for a Teen Choice Award and received the Hollywood Life Young Hollywood Superstar of Tomorrow award in 2009. In 2010, she won a Breakthrough of the Year Award in the category of "Breakthrough Standout Performance". Apart from acting, she has also contributed to charities in her free time.

Big Boy is a nationally syndicated American radio host and actor. From 1997 he has hosted the morning show at Los Angeles Hip Hip radio show. Big Boy has been named Personality of the Year four times by the Radio Music Awards and three times by Radio and Records magazine. The National Association of Broadcasters awarded him the Marconi Award in 2002 and 2004. In September 2015 he was voted as an inductee to the 2015 National Radio Hall of Fame.[3]He has made cameo appearances in movies such as Malibu's Most Wanted, Soul Plane, Longest yard, The Players Club, and Charlie's Angels 2, and co-starred in Deuce Bigalow: Male Gigolo. Fox television signed Big Boy to co-star in the police drama Fastlane in the fall of 2002.[4] Also, Big Boy voiced himself in the 2005 Disney Channel Original Movie, The Proud Family Movie as a host of Wizard Kelly Radio. He has appeared numerous times on the hit HBO Entourage TV series. He was also featured on the second episode of the VH1

Fady Hanna launched onto the Gold Coast branding and marketing scene with Flagship Digital two years ago and since then has ensured his company lives up to its name. Generating between 45,000 and 50,000 leads per month for clients including Telstra, BMW, Red Cross and Virgin, the branding and advertising company has a specific focus on client profitability. The 26-year-old says every Flagship Digital product and service is specifically focused and targeted around a client’s return on investment.

Jon Sheinberg is a film producer and his career has included positions with Columbia Pictures, 20th Century Fox, Orion Pictures, Warner Brothers, WMA. He has produced films including "Platoon","Hoosiers," "RoboCop""Silence of the Lambs," "Dirty Rotten Scoundrels," "Colors," and "Passenger 57." He currently runs a production company, The Bubble Factory, with his father Sid Sheinberg, which has produced "For Richer or Poorer,""Flipper," "That Old Feeling," "A Simple Wish" and "McHale’s Navy." He has produced documentaries such as: "Murph: The Protector" and upcoming "Good Fortune" with his producing partner and wife, Susan Sheinberg, about the billionaire John Paul Dejoria as well as "Chapter & Verse" and "The Letters." His other upcoming films include "Grey Lady" starring Eric Dane and "Half Magic" directed, written and starring Heather Graham. Susan Sheinberg is a film producer and before devoting herself to motherhood and charity she starred along side Michael J. Fox in Teen Wolf.

Head of Music, Curation, and Artist Development for Jimmy Iovine and Dre’s music subscription service BEATS. She was headhunted by Jimmy Iovine from her previous role running Alternative Brands at media giant Clear Channel. She was also programming director for Los Angeles’ KISS (102.7) where she helped launch artists including Nicki Minaj, Macklemore and Pitbull

Author, Illustrator, Concept Artist, Architectural Designer at Walt Disney Imagineering. Nikkolas Smith, a native of Houston, Texas, is an author, Illustrator, and Master of Architecture recipient from Hampton University, and current Theme Park Designer & Concept artist at Walt Disney Imagineering. After hours, Nikkolas also leads in youth mentoring on Saturdays, with the kids of Compton & Watts, CA, giving lessons in digital painting and life skills for success. He lives in Los Angeles, California. He also just wrote the book Golden Girls of Rio which had a lot of success.

A successful american actor and musician, was was born into the challenge of life as a young man in the famously gang-riddled neighborhood of Los Angeles' Watts neighborhood. One of 6 children in a single parent home which was actually a 1/2 parent home, he watched up close, as his mother struggled with addiction. Witnessing the violent deaths of many friends and family members, Six made a decision to have a better life. Six was "discovered" at age 17, in an open casting call by filmmaker Adam Ripp and subsequently given his first acting job, a major role in Ripp's first feature "Gang Tapes" (Lionsgate). Despite the overwhelming challenges of his difficult childhood, Six evolved into a responsible teen and has beat the odds of the streets that raised him, not only as an actor, appearing in film and television, but also as a successful recording artist and songwriter, collaborating and performing with urban music's heavy hitters at venues across the U.S. Even more importantly to to Six

A professional dancer and choreographer who specializes in hip hop dance.Adams' crew gained national attention by making it through two rounds of America's Got Talent. This appearance led the crew to shows with groups like Breaksk8 and people like Jason Derulo. Adams' career slowly began to lift off from there as he began to book many more jobs and appeared in movies, commercials, short films, etc.[1] In late 2009, Adams chose to move to Los Angeles, California to continue to establish his career. In 2010, he landed a job dancing on tour for rap artist T-Pain. He also, since moving to LA, got jobs choreographing for Nike commercials and as a guest choreographer on one of the most popular dance television series in America, So You Think You Can Dance. 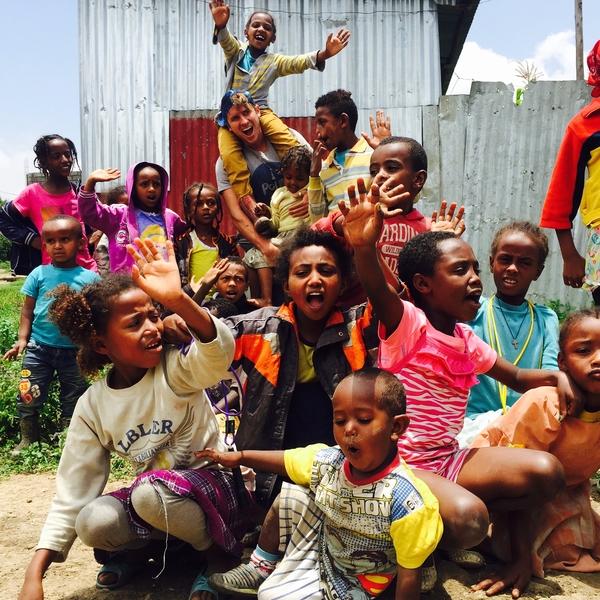